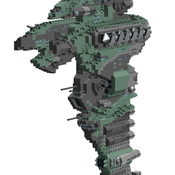 By CMoe
2 comments
EVE Online is a sci-fi space game created by CCP with a massive scale. Ships range in size from a house to the size of a small moon. This Myrmidon is a battlecruiser class ship at 603m tall (almost 2000 ft or 5.5 (american) football fields). Able to field a large drones, it can either throw down a punishing amount of fire or play a support role on the battlefield. This is just one of over a hundred ships that can be piloted in the EVE universe.

This was originally intended to help the EVE Online Ships - Rifter project, but has grown into a project of it's own. The ultimate goal is to convince LEGO that the EVE community wants a fleet of ships.

There are other great project on the Cuusoo site as well. I encourage you to look around and see if there are other models you may one day wish to purchase. 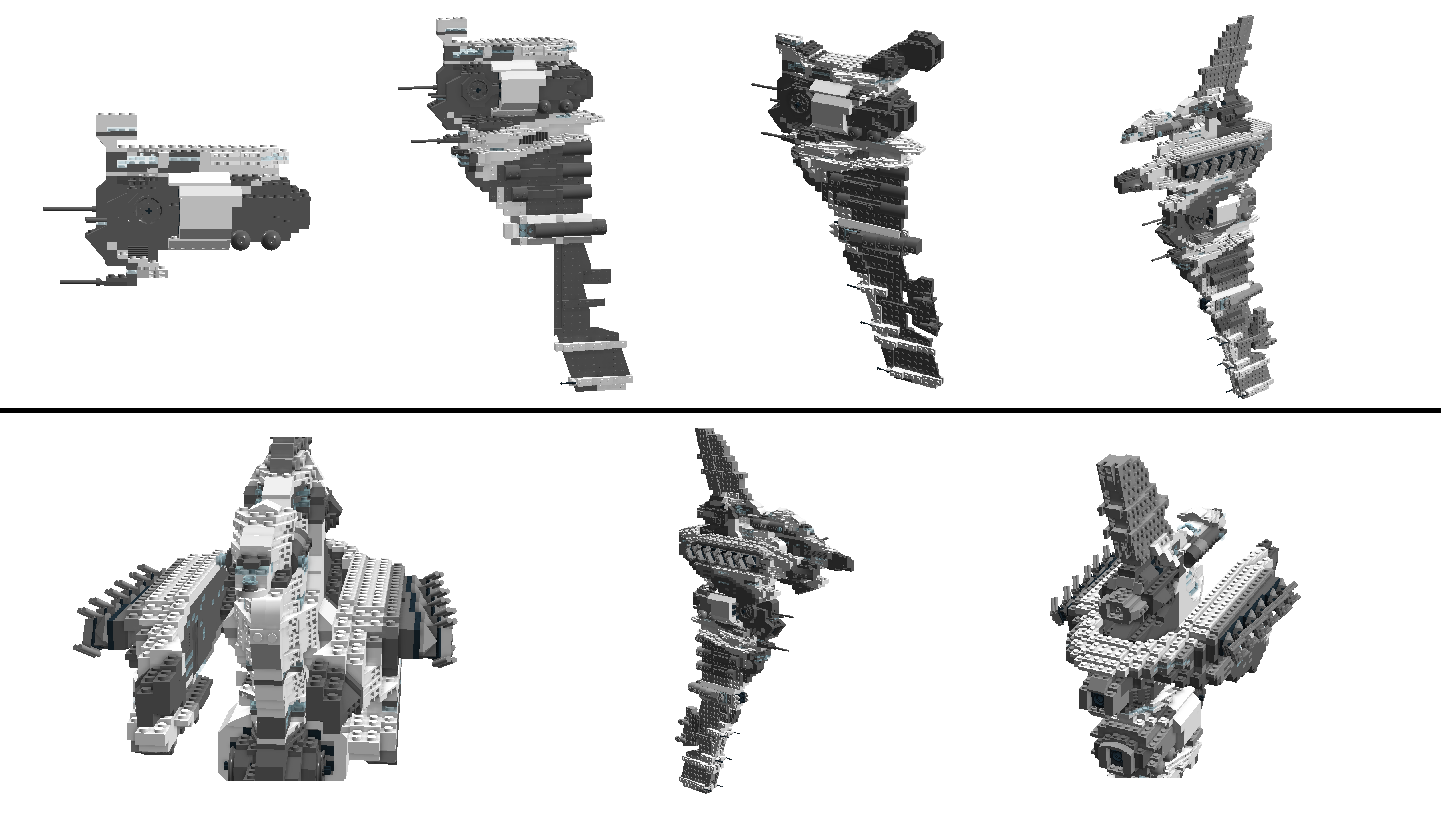 The vertical design required some special handling. I decided to make the lego pieces be horizontal for the upper body portion, then flip the top and bottom 'wing' sections vertical. This ultimately allows for greater detail and a stronger structure. The final design will probably include a stand with a plaque, so the bottom wing may need to support quite a bit of weight.

In the above image, the second figure on the top shows a major section of the lower large wing beign added. The transition between horizontal and vertical sections needed some space to ensure the models strength could be perserved. This transition is blended and hidden within the white details just below the large engine. 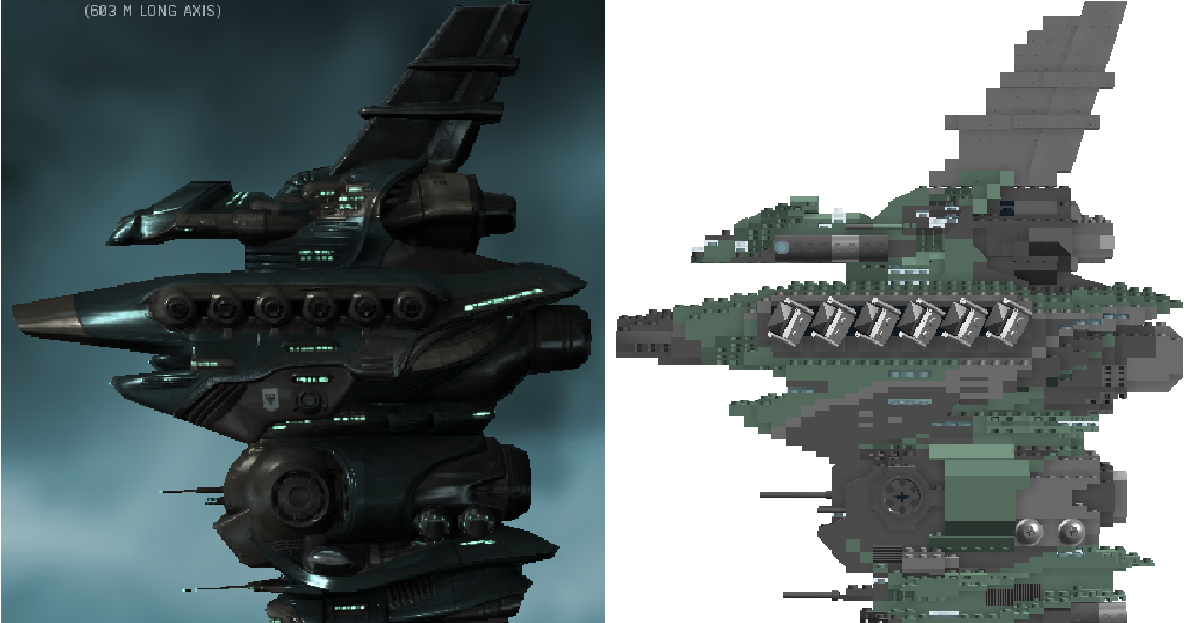 This model was partially scaled to fit the noticable 6 cannon arrays nicely.

For the top wing, another transition between horizontal to vertical is hidden in the top engine housing. 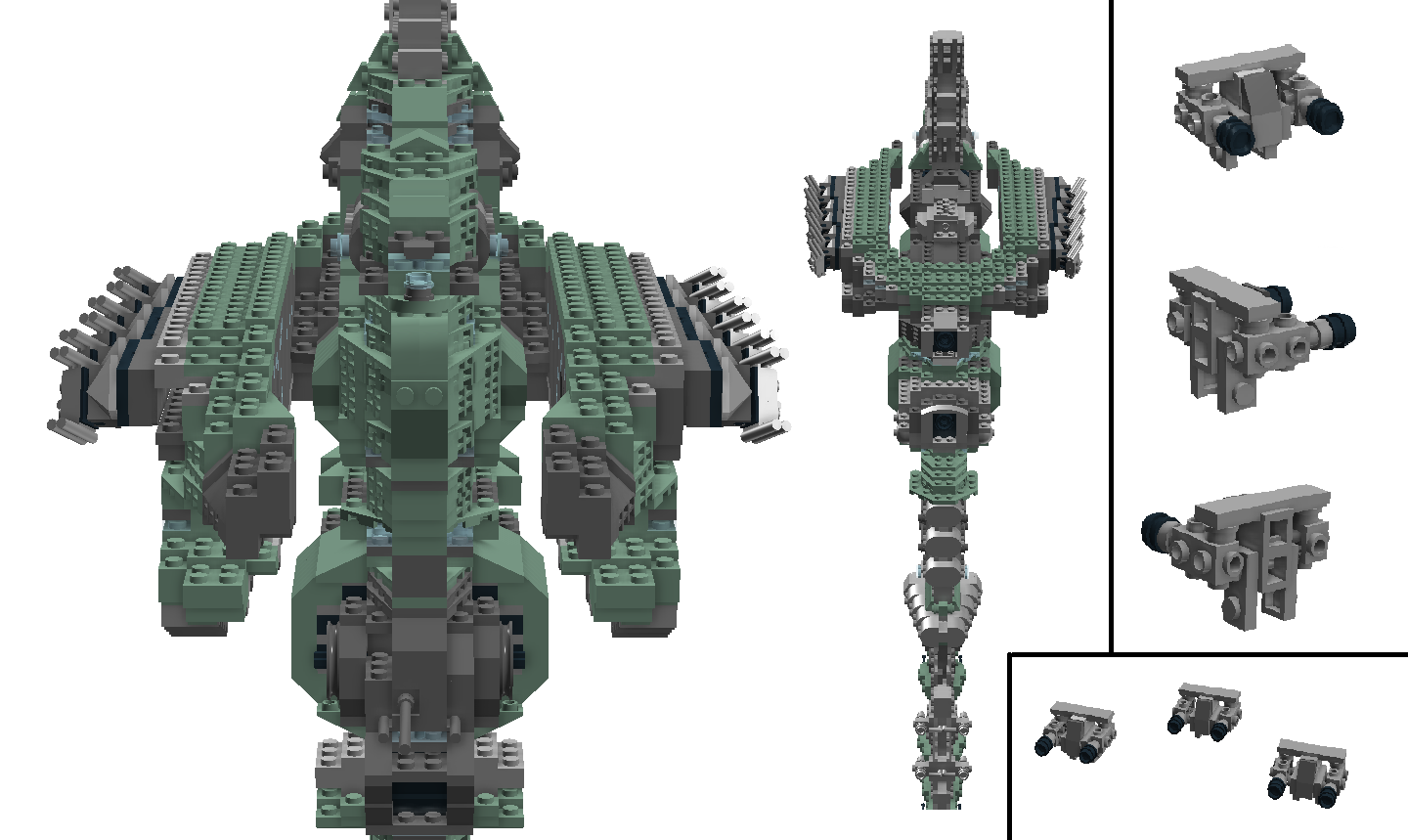 Drones on right (Ogre I) These were dificult to get into the right scale due to their small size. what is seen here is slightly larger than true scale, but packs details that are difficult to squeeze into anything smaller. 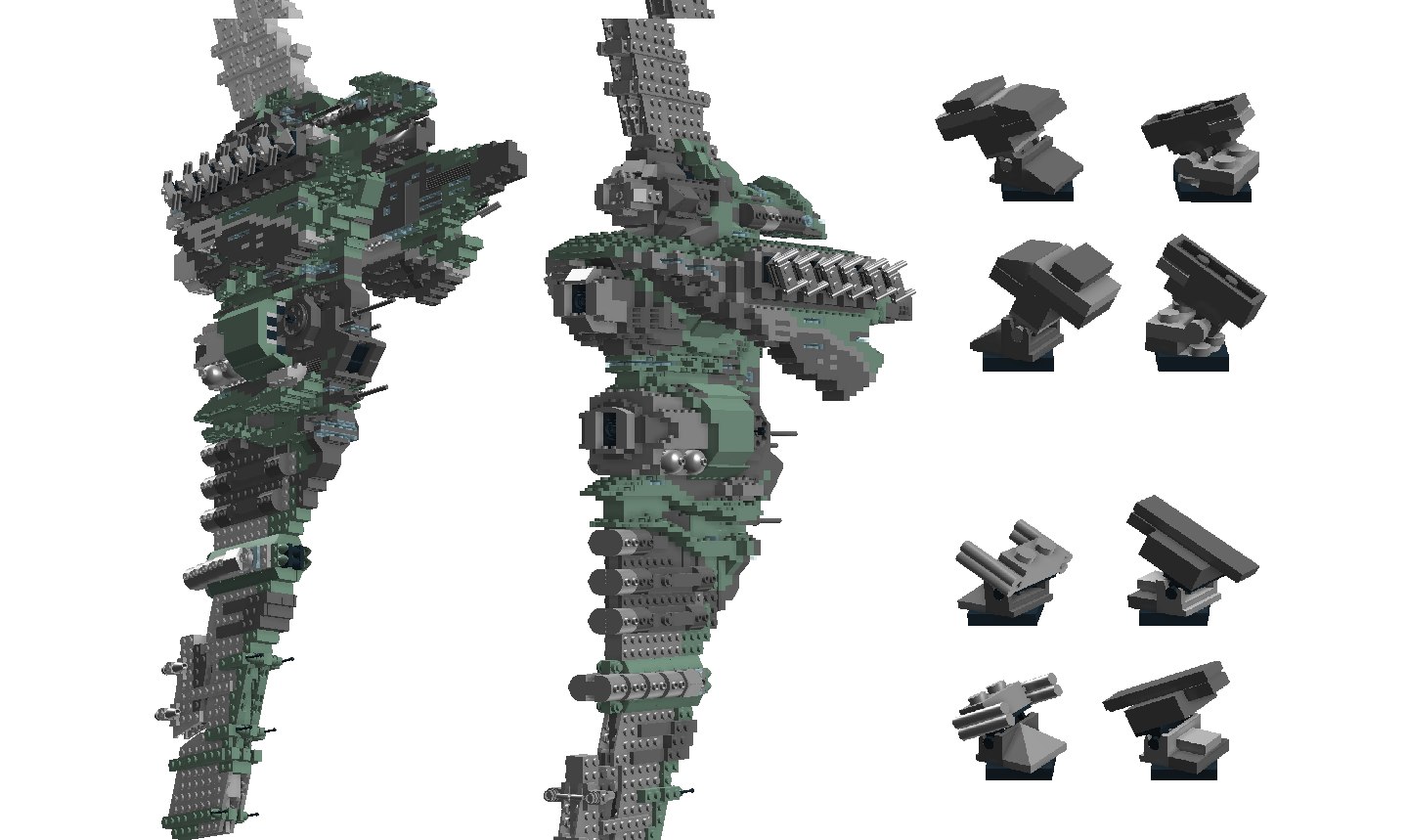 Any of these will fit on the turret mounts of the ship.