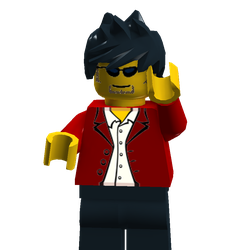 I wanted to design a truck, that was not only playable, but realistic, and true to a V8 Supercar look and feel.

​It's taken a few months and (at least) 5 revisions to get this model where I want it to be, that mix between minifig scale, playability, and realism. And as a huge fan of LEGO and the sport of V8 Supercars, I feel I have done it justice.