The Pyramid of Kukulcán (600 Pieces) 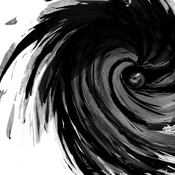 I hope you like my new creation. I've recreated the Pyramid of Kukulcán.

The Pyramid of Kukulcán (also known as the temple of Kukulcán) is a Mesoamerican step-pyramid.
It dominates the center of the Chichén Itzá archaeological site in the Mexican state of Yucatán.
It was built by the Maya civilization sometime between the 9th and 12th centuries CE.

My profession is to draw plans of buildings, therefore I felt in love with architecture and its proportional shapes.
I think the old cultures like the Mayans or the Aztecs are really interesting. So I came up with the idea to rebuild it with Lego bricks.

I think this would be great as a LEGO-Set because the Lego-bricks can represent the shape of a step-pyramid pretty well.
Also the Medium Stone grey matches the original color exactly.