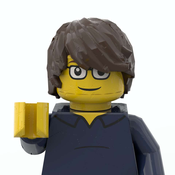 By mohan
52 comments
The Douglas DC-3 is a propeller-driven airliner which had a lasting effect on the airline industry in the 1930s/1940s and World War II. It was developed as a larger, improved 14-bed sleeper version of the Douglas DC-2. It is a low-wing metal monoplane with a tailwheel landing gear, powered by two 1,200 hp (890 kW) Pratt & Whitney Twin Wasp radial piston engines. It has a cruise speed of 207 mph (333 km/h), capacity of 21 to 32 passengers or 6,000 lbs (2,700 kg) of cargo, a range of 1,500 mi (2,400 km), and could operate from short runways.
Before the war, it pioneered many air travel routes as it could cross the continental US and made worldwide flights possible, carried passengers in greater comfort, was reliable and easy to maintain. It is considered the first airliner that could profitably carry only passengers.[4] Following the war, the airliner market was flooded with surplus military transport aircraft, and the DC-3 could not be upgraded by Douglas due to cost. It was made obsolete on main routes by more advanced types such as the Douglas DC-6 and Lockheed Constellation, but the design proved adaptable and useful.
Civil DC-3 production ended in 1942 at 607 aircraft. Military versions, including the C-47 Skytrain (the Dakota in British RAF service), and Russian- and Japanese-built versions, brought total production to over 16,000. Many continue to see service in a variety of niche roles: 2,000 DC-3s and military derivatives were estimated to be still flying in 2013.
Land airline uses DC-3. This fictional airline was operated in the 1950s. The shape of this project is very restored. The three warehouse walls can be removed for easy access. The cockpit and tail are also independent for easy storage. The wing can be split into three sections for easy storage. The auxiliary wing and tail are movable to restore the real aircraft.
The interior of the cabin is designed to show a variety of scenes during the flight.
I made several different scenes and told different stories.
Thanks for your support!