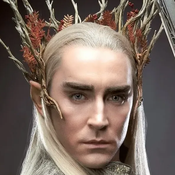 By Boggles Creepy
49 comments
You see a lot of modern houses, medieval houses, and farm houses on Lego Ideas, but one thing you don't see are tribal houses. So that is why I built a tribal house. Ever wonder what a tribal house is? Or where it is found, and who lives in it? A tribal house is a house that tribal people live in. They are found in countries closer to the Equator, and where it stays warm all year round. Tribal houses are usually built out of materials that grow in the jungle nearby, like wood or bamboo, in this case, I chose wood. They don't need insulation or heaters to keep them warm in winter, because they don't have winter where these kinds of houses are found. It stays warm all year round. These houses aren't found in towns or cities, they are found in the jungle. There usually isn't just one tribal house in the middle of the jungle, there are usually many, which eventually make up a village. The people that live in these houses would be called a tribe or ethnic group, the tribe or ethnic group can range from 100 people to 100,000 people.
This tribal house is a home for a little Asian couple. Their life is very simple, and they don't need much to live off of. The husband does all the work around the house. He provides all the food by going out and hunting. He gets bamboo and cuts it into strips to weave baskets or mats. He sells the baskets and mats in a town not to far away, and sometimes he uses the baskets for his own purposes. Every now and then, he raises some pigs to sell in the town. He also owns chickens that his wife lovingly takes care of.
The wife does her share of work too. She does all the cooking and cleaning in the house. She weaves cloth out of thread that they buy in the town. She then sews the cloth together to make clothes for her and her husband. She also brings water up from the stream in a bucket to drink and wash the dishes with. They both have to do their share to make life work.