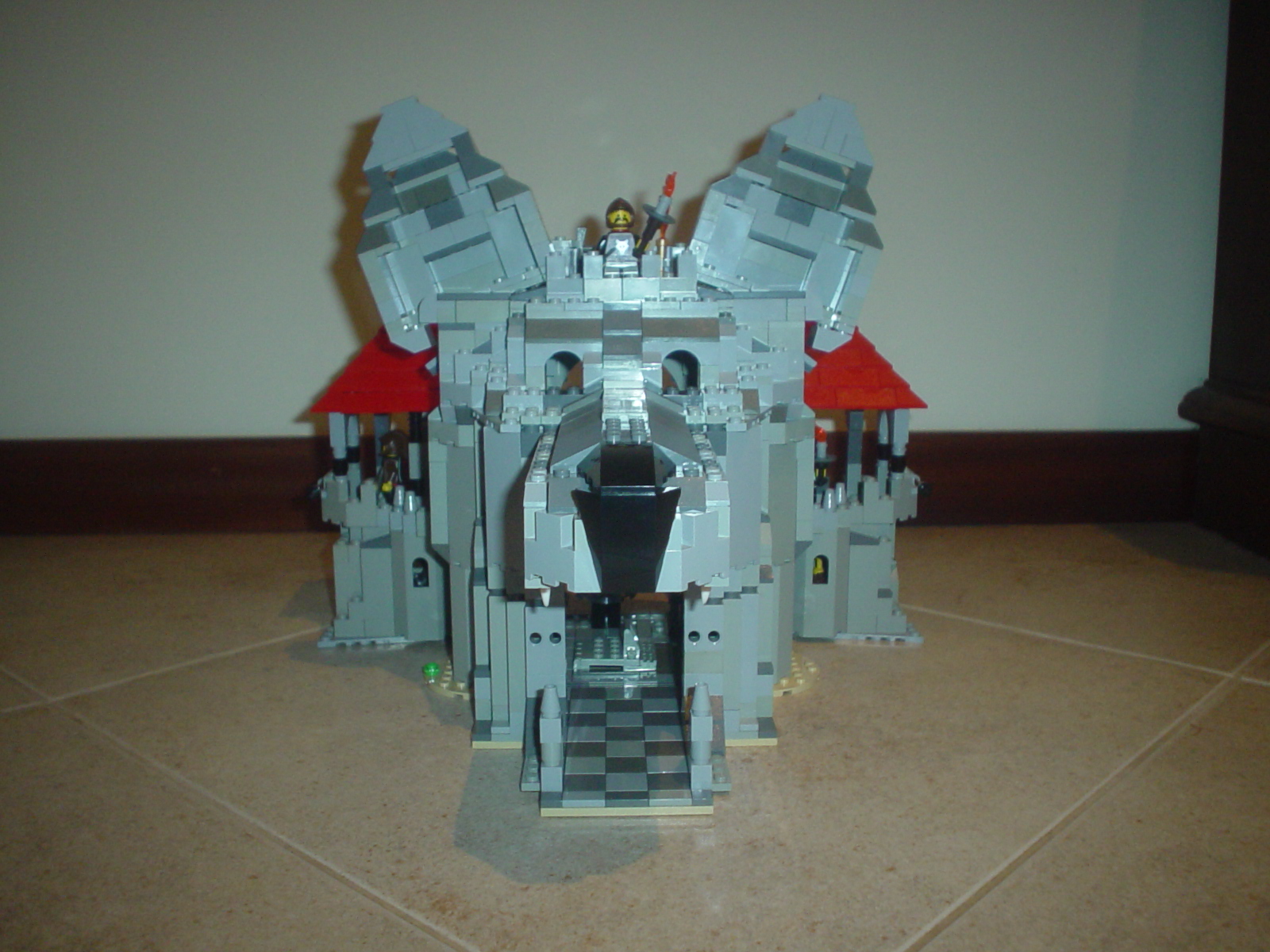 Frontal view of the Wolves' Den

Initially, I was aiming to do a viper's head as an archway. As I realised i did not have enough bricks, I made a wolf... and I am glad I did so. When finished with the archway I was petty pleased with the result. It really felt like a wolf's head carved into stone... well... at least wolflike dog carved into stone. I immediately remebered the wolfpack theme Lego produced a long, long time ago. I loved the shields, the flags and the idea of smugglers becoming heroes or bandits.
Then I put my mind to purpose...

I had an iconic start for a Wolpack's set. Back in the days when lego released the sets, I always felt the Wolfapck sets didn't made the theme justice (and after that the purple wolf knight...well ... I did not really liked it though I treasure it as a collector). It lacked a big castle or hiding place like thay had for robin hood. So... I decided I would do a lair for the wolves... as i said... an Iconic one! The frontal gate was done... but it lacked playability. I had to do something about it.
As the wolf came surprisingly well I did not alter it but for me Lego should be above all else, about kids having fun with intelligent toys (I guess I'm still a kid ;D).
So I added an interior where the minifigs could hang around. 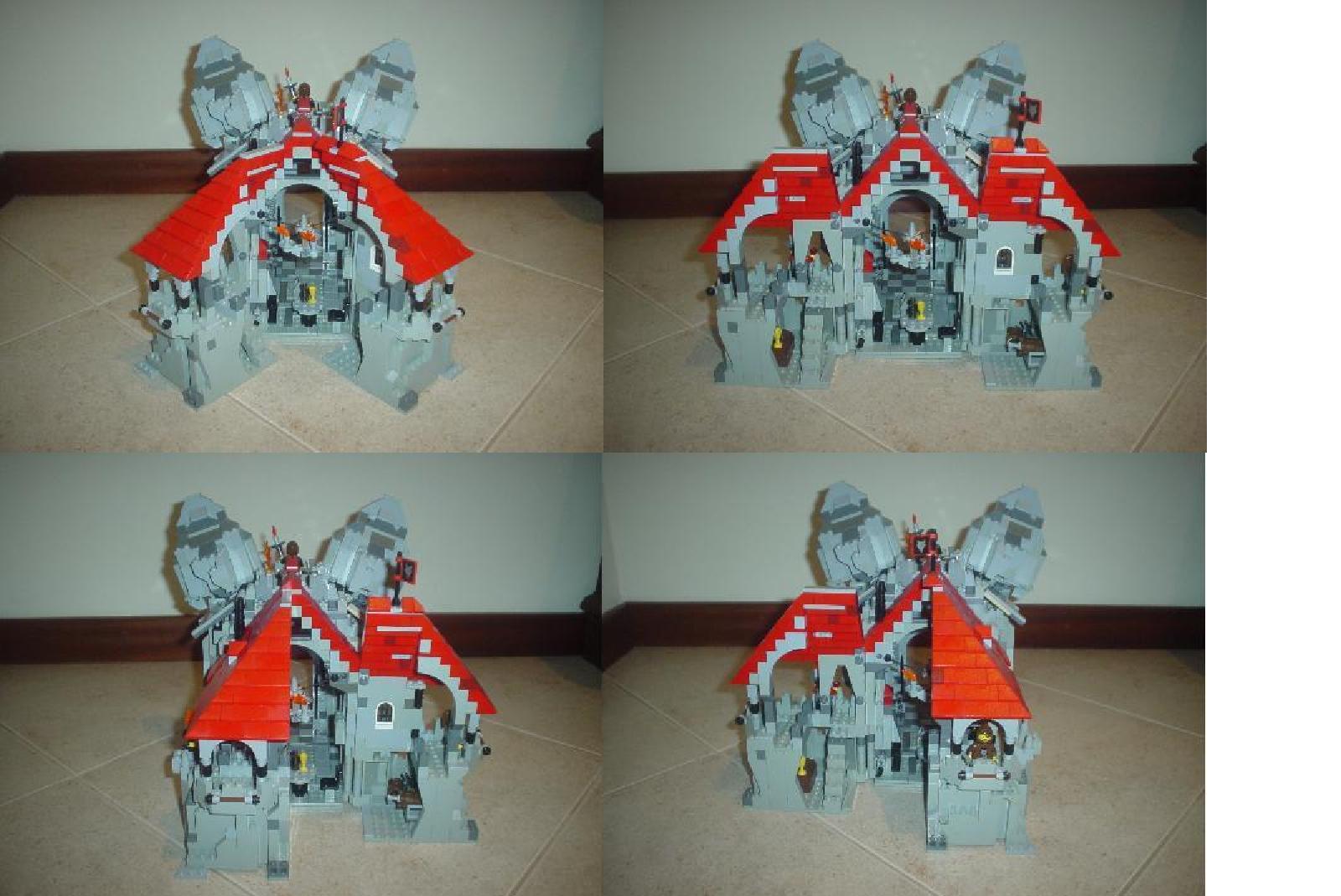 So at the back... I constructed a small manor that opens up to reveal an interior with some details. The set has a good structure and it does not fall apart easily... I can carry it all by the "nose" with breaking it. This added the required amount of playability and still kept it as a great castle/hideout set. It has even the potential to be modular when opened up... While closed it seems the bricks with the opening work as a sewage system. 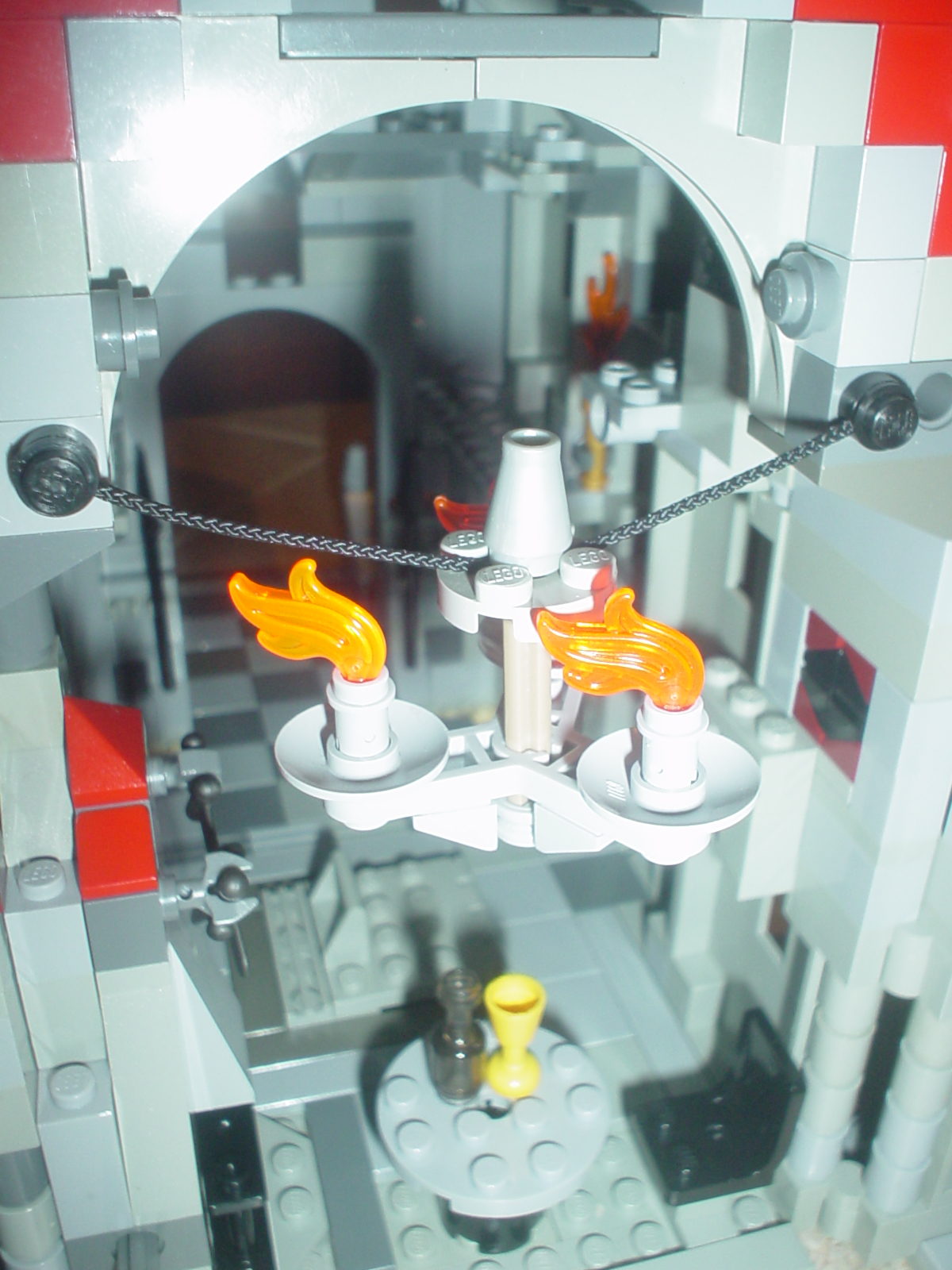 And finally I added up some details which weren't as many as I would have wanted (not enough bricks.... arghhhh) but were enough... 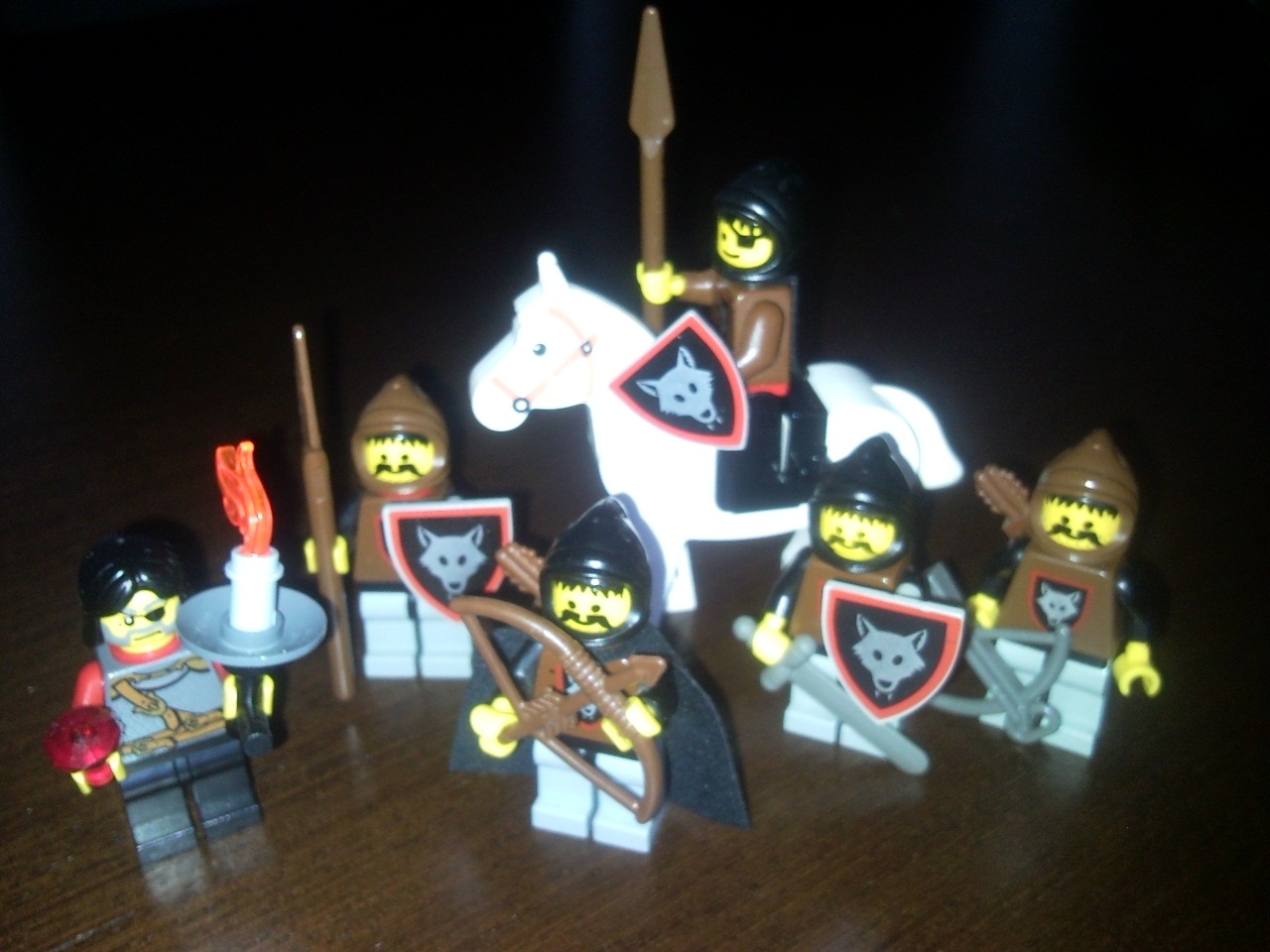 
And a video review by BrickQueen (many thanks)


P.S. please take some to view and support my other project. Thanks :)