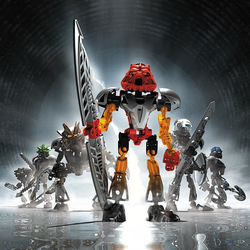 Although they are said by some today to be only the fare of small children, the hundreds of short fables to have stood the test of centuries are the work of some of the greatest creative and philosophical minds in human history. They are simple and innocent, and yet also crafted with care, scrutiny, spirit, and an ultimate desire to enrich the hearts and minds of people of all ages...a lot, one could argue, like LEGO itself.

What I have built in LDD is a set of three LEGO tableaus of three of the most cherished fables ever to have been written: The Tortoise and the Hare, The Fox and the Grapes, and Belling The Cat. The set also includes minifigures of two great fabulists: Aesop and Jean de La Fontaine, as well as a book and two quills for them to write and share the fables they've imagined and/or collected.

Should this set be produced, it would be a touching gesture if a small book of the three fables were included with it.