By Shayd_DeGrai
61 comments
UPDATE 15-May-2013 : This sculpture won the Brickie for Public Favorite best in show award at Brickfair New England this past weekend. I'd like to offer a big "thank you" to everyone who voted for it at the show and, of course, everyone who is supporting it here as well.

UPDATE 18-Sept-2012 : Another redesign and rebuild, this time with boats and mini-figures for scale. Photos here are a bit small, for a better look, feel free to check out my Pillars of the Kings page at MOCPages

The Argonath consists to two massive sculptures of ancient kings that guard either shore of the river. Given the scale and piece count, I envision that each figurine would be marketed separately. For your consideration, I offer my interpretation of the Argonath complete with the Fellowship of the Ring paddling by in custom little Elven canoes. I hope you like them. 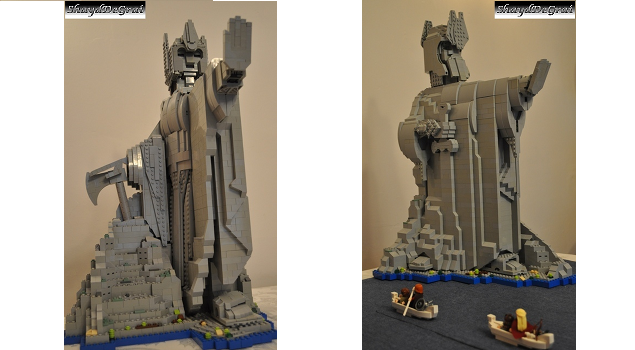 "Upon great pedestals founded in the deep waters stood two great kings of stone: still with blurred eyes and crannied brows they frowned upon the North. The left hand of each was raised palm outwards in gesture of warning; in each right hand there was an axe; upon each head there was a crumbling helm and crown." - JRR Tolkien The Fellowship of the Ring 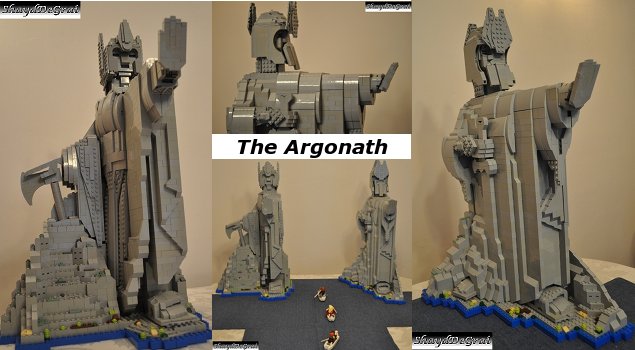 The Pillars of the Kings stand about two feet tall. The early builds were about 4500 bricks per figure. The revisions _feel_ like they have fewer parts (I haven't counted), but what's a few hundred bricks when you're building on this scale.

Realistically, the complete Argonath (as I've designed it) is too big even for an UCS or LEGO Exclusive, but either a smaller complete set, or a pair of really cool big kits would be fine by me. Each figure, individually, is about on par with the Statue of Liberty kit from a few year's ago, so it's not entirely unprecedented. 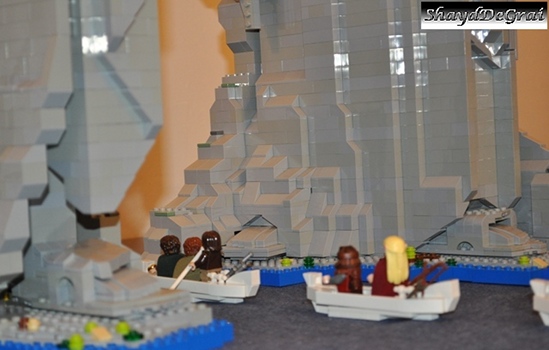 If you, like I, have been waiting years for Lego Corp to get the rights to make Lord of the Rings kits and want to see them exploit that license for all it's worth, please support this project. The figures of the Argonath would make a great start to an Ultimate Collectors Series line. 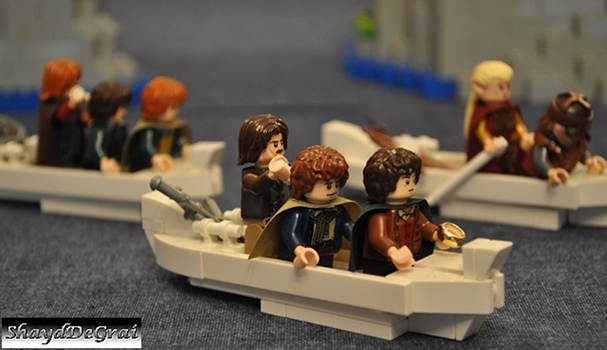 Thanks for stopping by, comments are always welcome and I'm happy to answer questions.