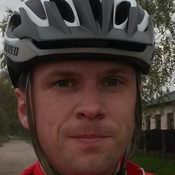 It was rainy summer day, when I disassembled my F1 racer once again, and started thinking about a new project.

First thought was only about plane. But then I decided, if it’s Technics, then there should be some interesting mechanism. So I decided to create variable-sweep wing plane/jet. First plan was only about front wings, and it was implemented pretty fast. Front wing system was created in some few hours.

Then I started thinking, that rear wings should also be variable. This implementation took me some 5 iterations and the same amount of days. Of course, not full days, just evenings after workingdays. Truth is, that on real models only front wings are variable, but anyway I made both variable.

In final model front and rear wings “fold” at once, by rotating button in the rear part of plane.

I’m planning to recreate and improve this model in LDD, with parts which I don’t have at home.

P.S. No, this is not of any kind of fighterjets or something like that.