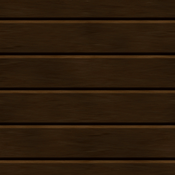 By Tonoair
29 comments
Intro and Storytelling:
Basically Guards and Rogues set is a law enforcement in fantasy setting with a lot of small scenery pieces and play ability additions which allows to a lot of the storytelling like catch a rogue, second one tries to free first one, troubles with a cursed blade or a rodent eating vegetables, werewolf rampaging in a town swinging with the lamp, rogues playing hide and seek with guards, false alerts, rogues breaking into a contraband storeroom, guards raiding rogues camp and others.
Idea Origin:
The set idea is combined from a few of my unfinished works (vegetables, a stall and small cart running gag, guards design with not so knightly helmets, crimson hooded rogue minifigure with a goblin dog, studs not on top wall technique using brick number 32739, fantasy themed wanted posters) and complaints at other sets that they haven't got 360° walls.
Building walls texture is based on limestone buildings, including medieval university, partially made from limestone with exposed ammonoids and flint nodes in its walls. In idea model it uses ammonite printed part and metallic black bricks as flint stones (although it is an outdated color, but best matching).
Content:
Set is build from around 1500 parts and contains:
Guard's station:
Scenery and storytelling features:
Minifigures:
Design notes: