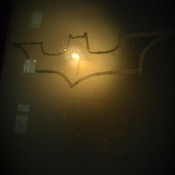 By JonReinhardt
5 comments
This is currently a work-in-progress Digital Designer-model!

It will soon be finished, but after seeing user "flailx"'s excellent and compact take on a "Sherlock"-based set, I wanted to get my idea out to the public as well - then see if there's an interest in this project too :)

BBC's "Sherlock" is a great televised interpretation of two iconic literary figures; Sherlock Holmes and Dr. John Watson. Set in our modern times of texting, tweeting and advanced technology all around, "Sherlock" managed to grab people's attention with a smart and humorous script, great actors and excellent pacing - keeping the viewer on edge without forgetting to induce plenty of laughs.

This model is based on that very show.
Sherlock and John's iconic apartment - 221b Baker Street - has been built here as a mix between being a playset and a collector's model. It features the first and second floor of the building, with Speedy's Café below and the apartment itself above. The two are separable, with a removable roof on top. Notice the peg holes on the sides of each floor... there's another half of this building lurking somewhere, if this gets made and the fans are interested ;)

Finished, it will be closer to 1500 pieces. That's a lot of bricks, but in turn there's lots of detail as well! Some accessories include the laptops of both Sherlock and John, food and such for Speedy's Cafe, mugs, magazines, papers, a violin case and a guitar (used to portray the violin, as it does not exist in Lego form as far as I know).

If this project reaches 1000 supporters, I will get to work and add personalized faces to each figure! New photos of the complete set will be released soon :)

Hope you will support this soon-to-be finished project, and please check out user "flailx" to support his more compact and affordable - but highly detailed - rendition of 221b Baker Street!


UPDATE - 09/15/13:
"Refurbished" the second floor's interior and added a complete roof section! Unsure whether or not to keep it, though, as it takes up a lot of pieces...
Tell me your opinions, and I'll consider what to do with it! Either way, there will most definitely be roof of some kind over our heroes' heads ;) 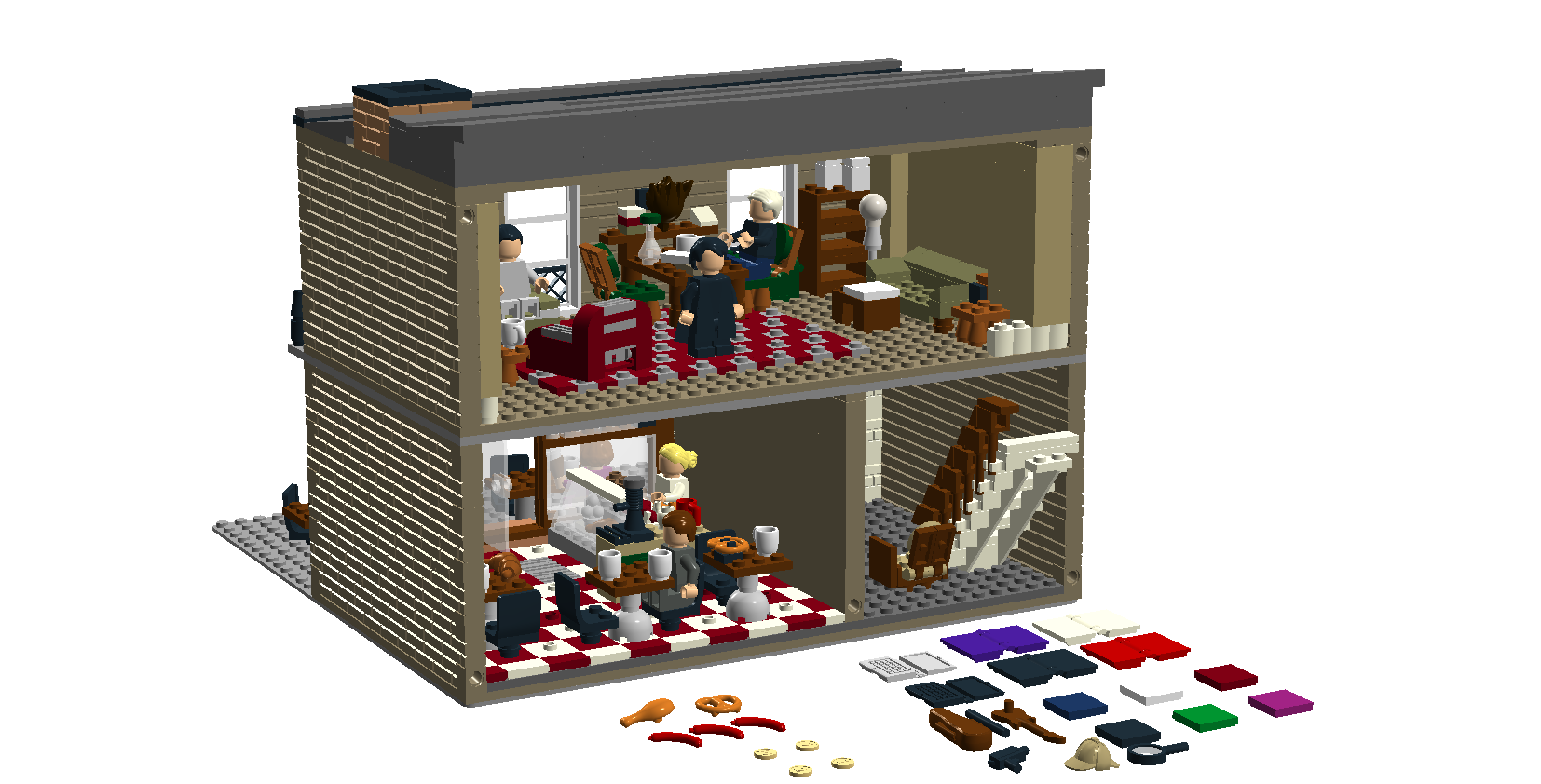 Unfinished interior, showing the main attraction of the set - the second floor - with Sherlock in front, Moriarty in his suit from "The Reichenbach Fall" and John by the table to the right (though without his laptop to blog on...). Next to Watson is a "moon lamp" (with phosphorescent ball) and sofa, where Sherlock lies when he's "bored".
My idea here would be to have the tapestry (with a big, yellow smiley!) from the show either printed on, or as stickers for the wall elements. Then, a bored Sherlock can stretch out by the fireplace and shoot his gun at it :)

Below the apartment floor, you can see the interior of "Speedy's" and the various accessories. 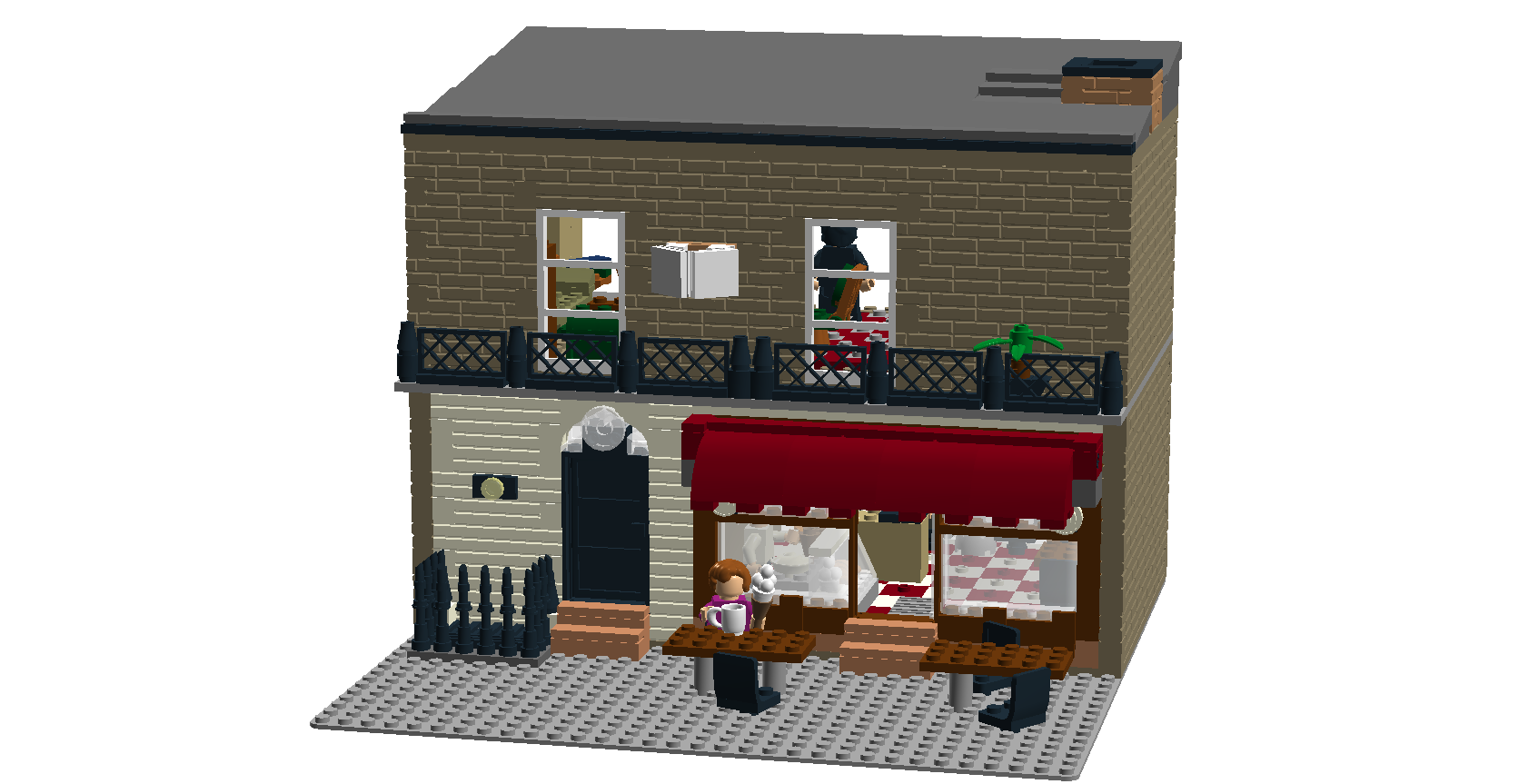 Almost done with the exterior, featuring Speedy's Café - with Mrs. Hudson eating ice cream by the table - and a simple, removable roof. Note that the two floor can easily separate for better access to both sections.

What I might need for the café, though, is a new "piece" for the red cloth that reads "Speedy's Café" above its entrance...
Will try to make a digital version to show it off and give an idea on the look.

UPDATE: Made a simple, but functional brick version of the parasol above the entrance to "Speedy's"! 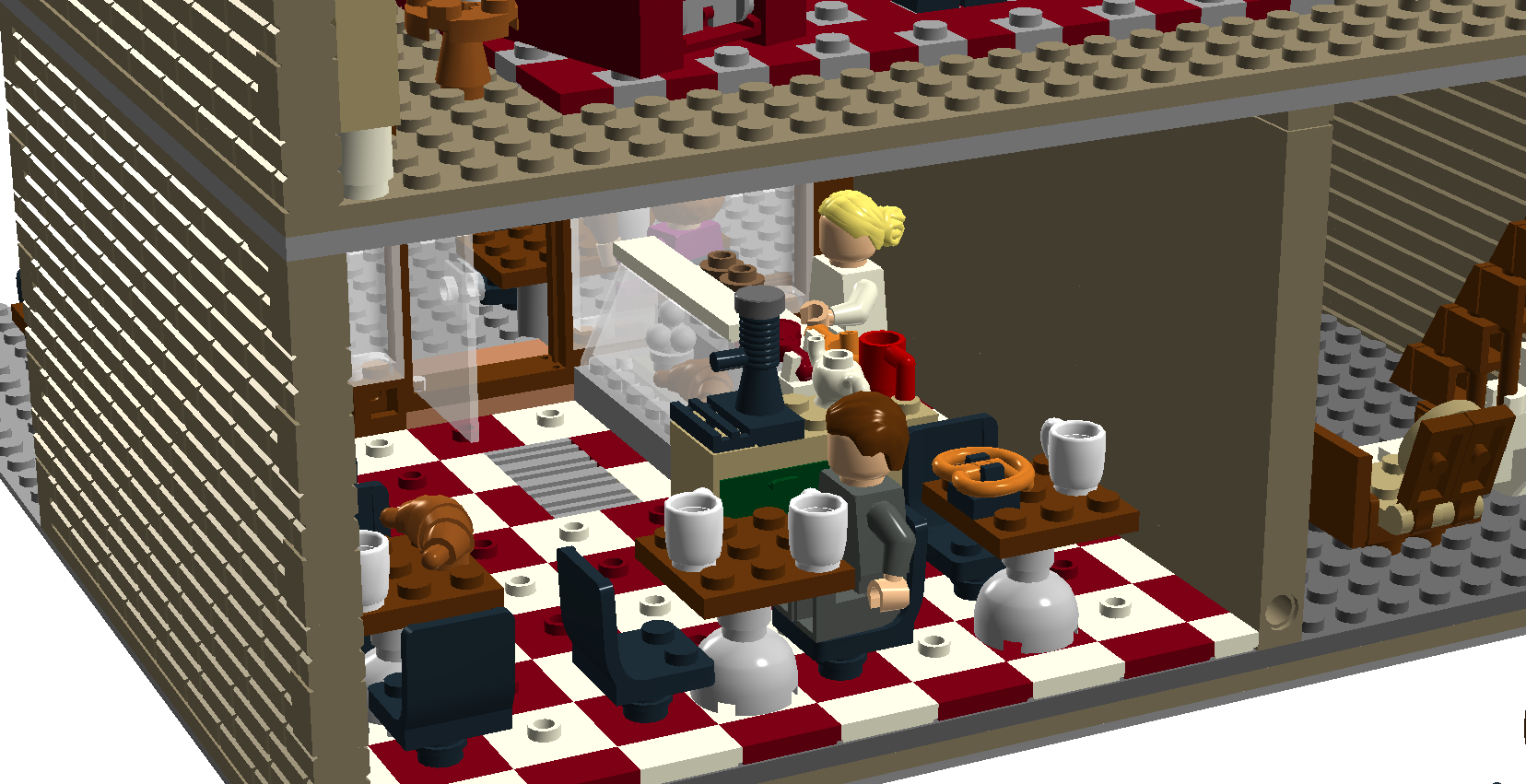 Interior of Speedy's Café.
Features a café worker behind the counter and Mycroft drinking tea in front, having been left by himself after Watson ran off with Sherlock... 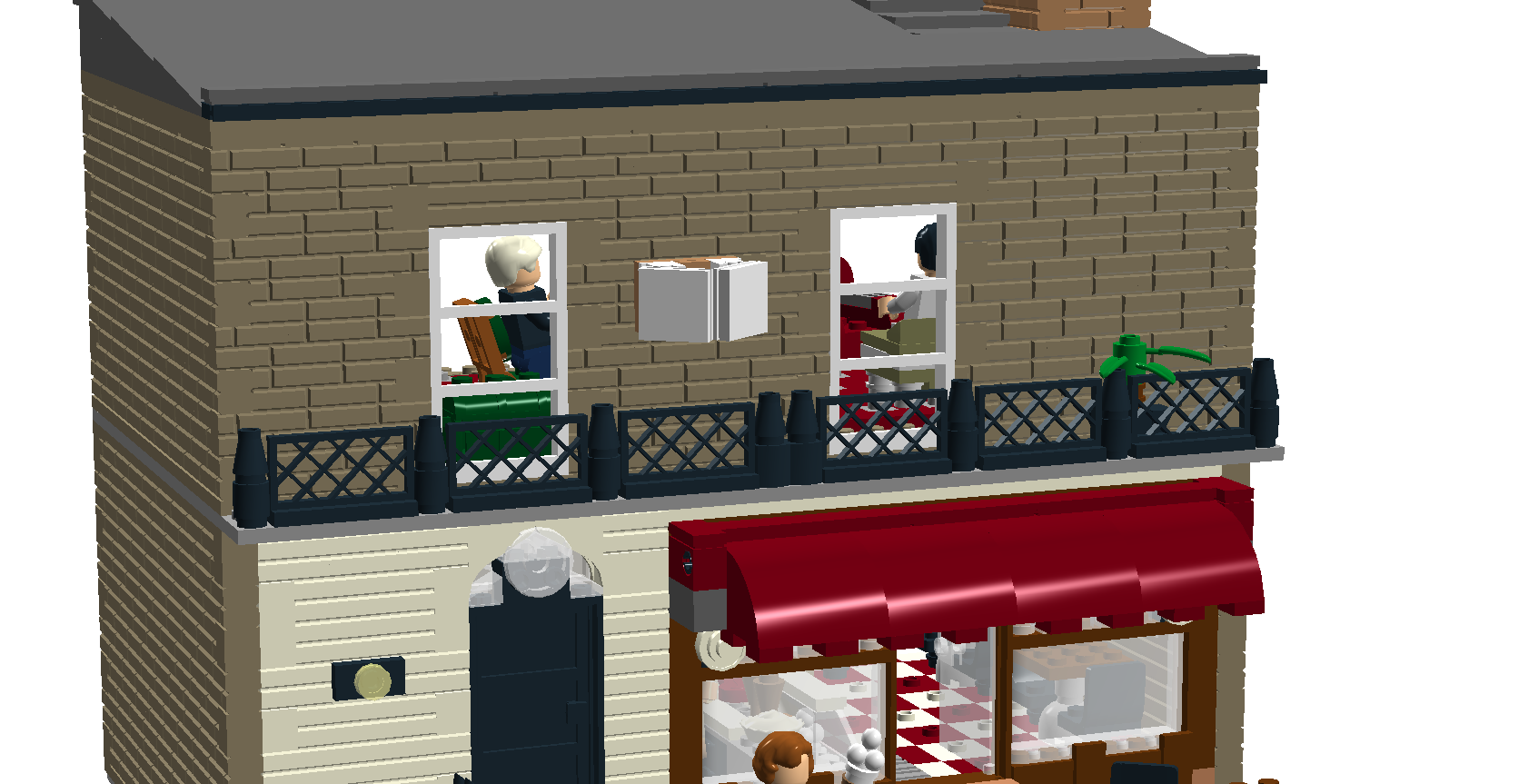 Exterior of the apartment, upper floor, with a simple pot plant and the white signs for "McHugh & Co.".