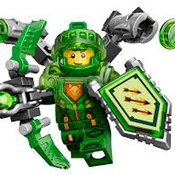 By nexo_knight54
227 comments
The London, Midland and Scottish  (LMS) Princess Royal Classis a class of express passenger 4-6-2 steam locomotive designed by William Stanier.Twelve examples were built at Crewe Works, between 1933 and 1935, for use on the The West Coast Main Line. Two are preserved. The Princesses are related to the GWR King Class", the general outline essentially being a King with a larger firebox supported by additional trailing wheels. This origin is explained by the designer William Stanier coming from the GWR to the LMS.

When originally built, they were used to haul the famous Royal Scot train between London Euston and Glasgow Central

This project is a thing of beauty and deserves to become a set.