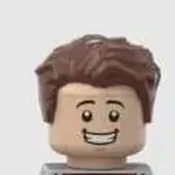 By Jejeff1
37 comments
With the Olympics coming up in 2024, I wanted to make a set that represents sport in general and the Olympics. My choice fell on Triathlon because it is a sport that has several events and more and more supporters as well as fans in the world. Triathlon became an Olympic discipline in the year 2000 at the Sydney Games, its three events are swimming, cycling and running. More and more people are doing amateur triathlons.
This diorama represents an athlete on the three events (swimming, cycling and running) as well as the finish line.
This set would be a great collector's item, and it's in tune with the upcoming 2024 Olympics.
This set contains 475 parts and measures 20.2 x 3.7 x 3.7 inches (51.2 x 9.5 x 9.5 cm).
If you also like Triathlon, sport and the Olympic Games, please support this idea in order to have an official diorama on this theme.