The Gate of Minas Tirith 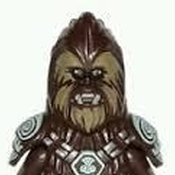 Fight the epic battle of Minas Tirith from Lord of the Rings Return of the King, now in Lego form. This set contains the main gate to the great city of Minas Tirith. Battle as Faramir, Boromir and Gondor Knights as you defend the city from the attacking orcs. The set includes a locking front gate as well as many greats and weapons hidden behind the wall to help you fight off the orcs. There is also a small garden so you are prepared with food in case the battle lasts longer than expected.

This set contains approximately 600 pieces and is an enjoyable build. Also contains a great minfigure selection so that you can recreate the battle at Minas Tirith.