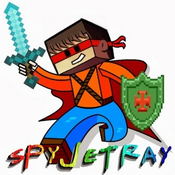 By spyjetray2
15 comments
What is this model about?
Based on the UK aired version of the classic 80s Monkey TV show, now you can relive the journey of Monkey, Sandy, Pigsy and Tripitaka in Brickheadz form! Who were they? The TV show is based on the epic 16th Century Chinese tale translated as Journey to the West. Tripitaka the priest undertook a dangerous journey to India to collect religious scriptures with the help of three unwitting heroes. Monkey, who considers himself the leader, but in reality, has to listen to Tripitaka because of a special headband that Monkey wore which allowed Tripitaka to punish him if Monkey disobeyed, was in fact an immortal being with a big heart and loves to fight demons; Sandy, was expelled from Heaven and became a water monster, but once he met the priest, joined his cause, thinks of himself as the sensible one. Pigsy was also expelled from Heaven and was transformed into a pig monster, but was a good soul, even if he did get on Monkey's nerves with all his silly antics. Together, the three heroes joked and fought their way across demon infested lands to help Tripitaka while spreading good deeds wherever they went.
Brickheadz are fun-sized collectibles that look good in a display cabinet, on a desk or a shelf, and once you collect one, you often want to collect them all. Each one holds a memory of your favourite movie, TV show or cartoon character, but the enjoyment also comes in making the models. It was whilst making Brickheadz, a memory of sitting down with my family watching Monkey popped into my head and I started to try and make Monkey. Brickheadz capture the characteristics of its subject and while the head is the most recognisable, a lot of fun can also be had with the body features as well.
The cast of Monkey are varied in appearance and character and I think they look good as a collection with unique designs, but also, the world Monkey inhabits, full of magic, mystery and demons, lends itself to other Brickheadz characters as well, there are hundreds of demon characters for example. Any fans of 80s television would enjoy the opportunity to have a rendition of such a classic show that is still watched by many to this day. I feel the cast of Monkey is something we would all like to own. As Monkey would often shout "Hey you! Demon! Let's Fight!" or in this case, let's build!