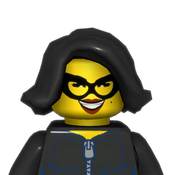 By PaMo
30 comments
We are very happy to present our project, the “Düsseldorf Skyline”.
Total piece count: 508
Model Dimension: 29 cm x 5,5 cm x 18,5 cm
There are many Lego Skylines on the market, but we always missed a skyline of our hometown Düsseldorf.
Düsseldorf is the capital city of North Rhine-Westphalia, the most populous state of Germany. It is the second-largest city in the state and the seventh-largest city in Germany.
By playing with the kids Lego we continuously developed our idea of a Düsseldorf skyline. And finally we completed this version which in our opinion is great for the Lego series Architecture.
The skyline includes 8 buildings and features the river Rhein, which is a famous landmark in Germany and West of Europe.
By building the set we focused especially on the scale of every building and that the proportion of every building fits to each other.
More information about the buildings can be found on Wikipedia.com
We hope you like our model and please support it.
Many thanks
PaMo