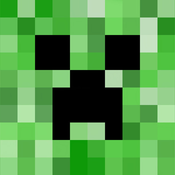 By pop9499
0 comments
This parade takes place on the Fourth of July. Please support!

Parade includes 35 minifigures, a clown, marching band, retired army man, and crowd people. The people in the crowd are kids and adults. There is a flagger in the front of the marching band, with a red flag. In addition, everyone in the band has a standard LEGO face, and a blue hat. The clown in the front has a red wig, and red and blue pants. Behind the band is a blue float which carries The retired army guy. Like the band, everyone in the crowd is happy!