Back to Mars: Battle Ship with Hangar

By MyBrick
6 comments
Please refer also to the main project Back to Mars - a classic space theme! 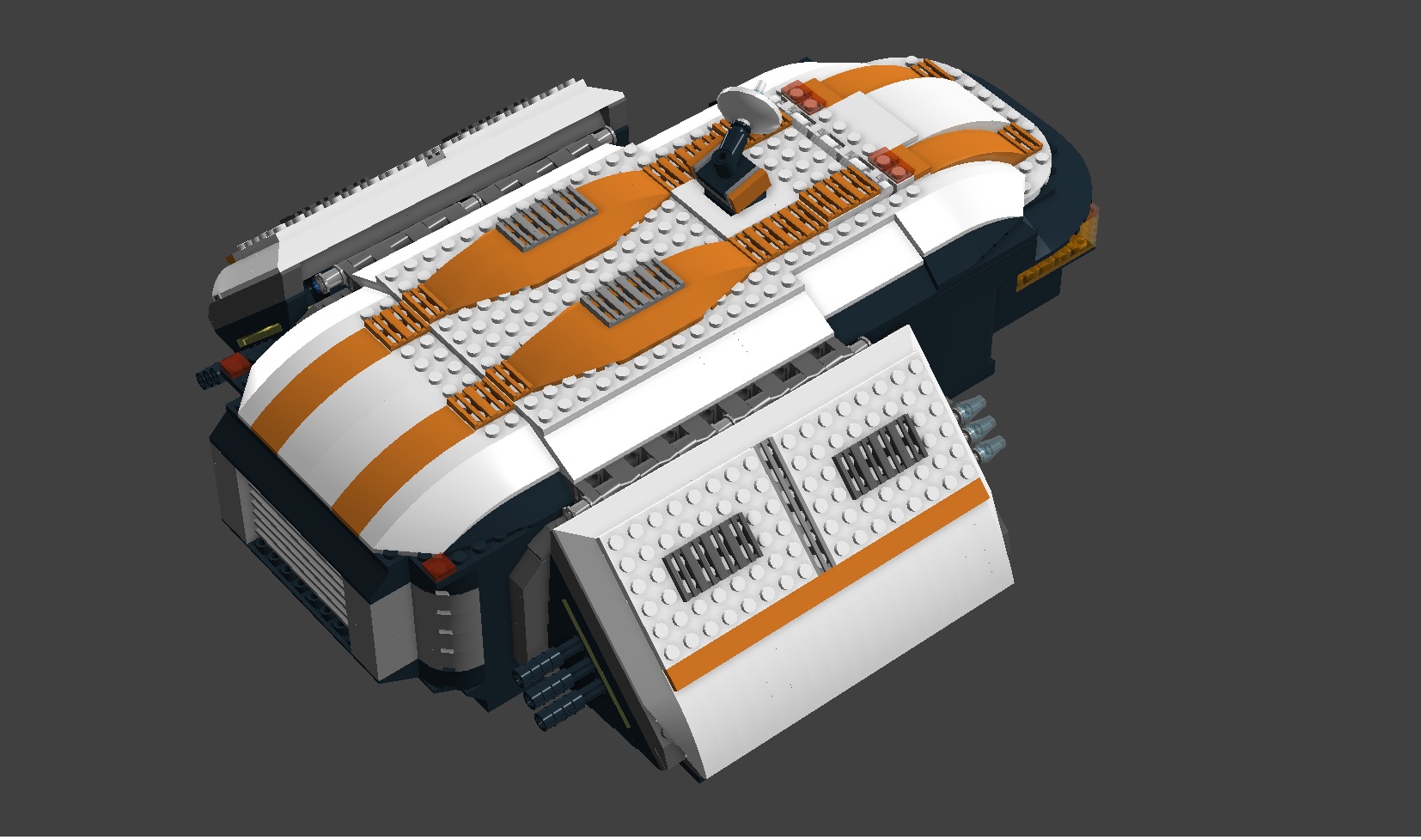 During the battle against aliens on Mars, mankind designed a special spacecraft for heavy combat situations: MP-504 "Battle Ship" 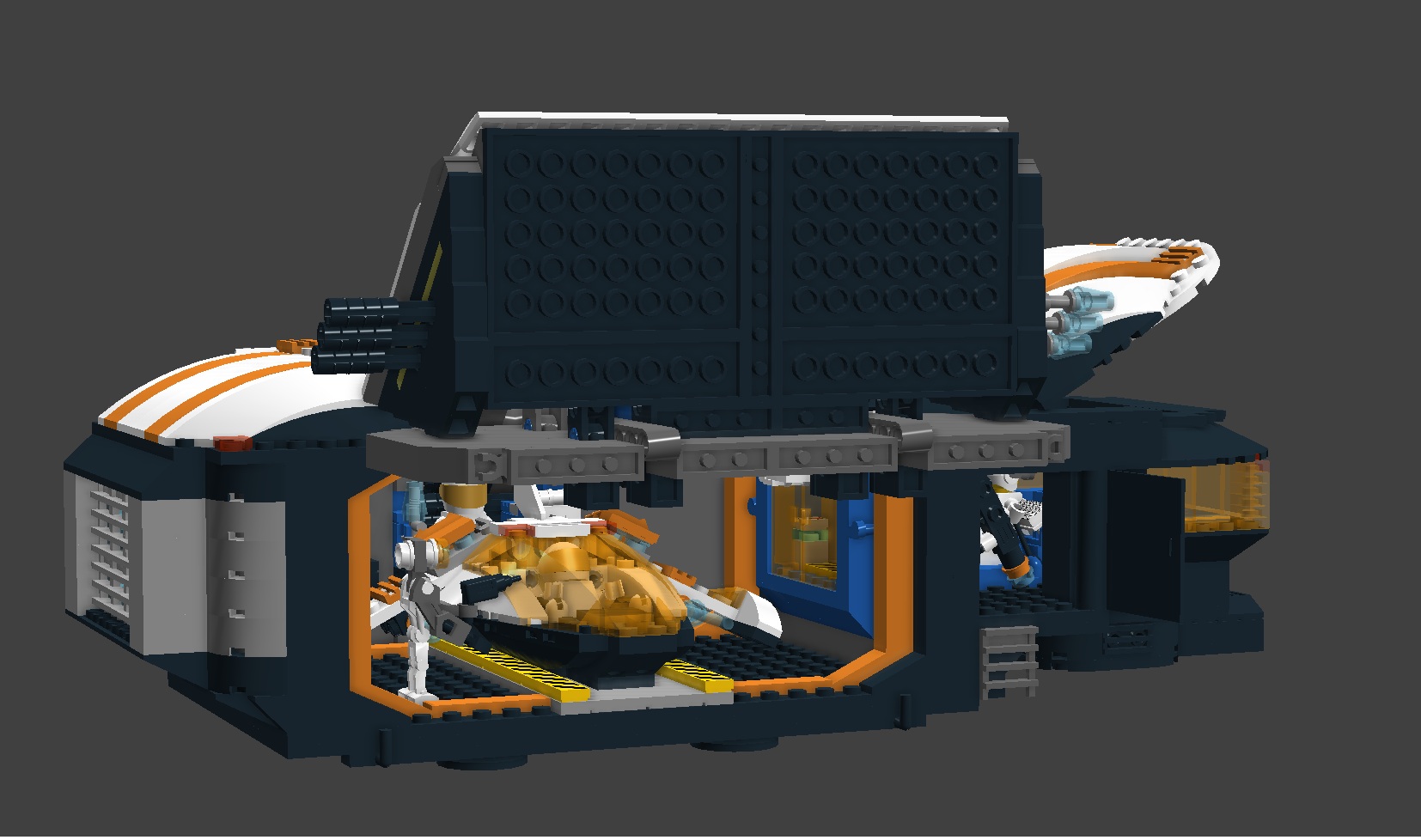 Side view with opened hangar (hangar sides, conning bridge and cover can be opened)

The air lock is a dual-gate system to enable the astronauts to pass it while the hangar is open. Via turning the front laser cannon turret by 180°, it can be hidden under the cockpit completely. This is helpful to protect the laser during humanitarian missions. After opening the cover of the conning bridge, a storage box under the main roof can be accessed. 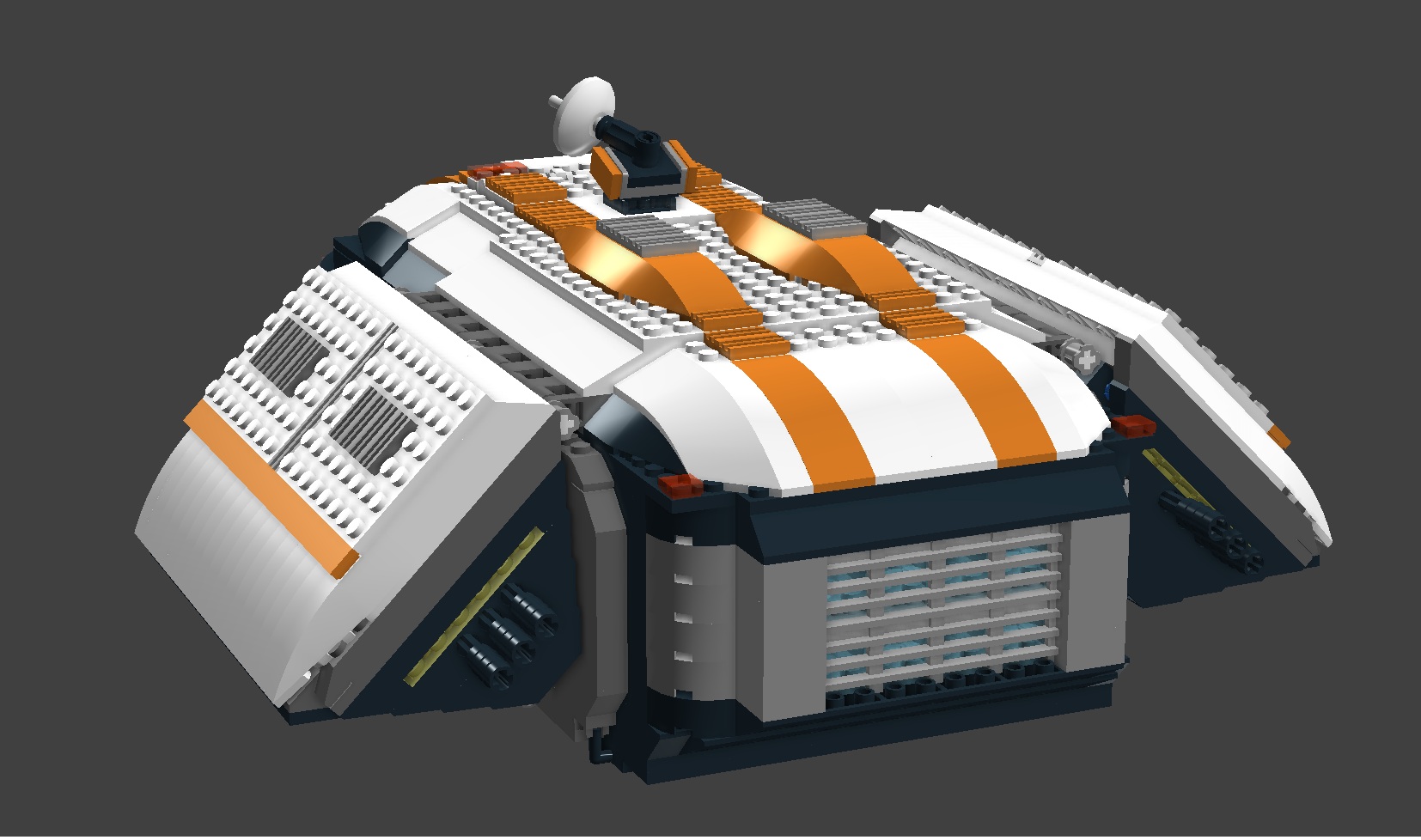 Each plasma torpedo can be fired off separately via pressing the knobs at the back. The flick-fire mechanism is completey hidden inside of the wings. 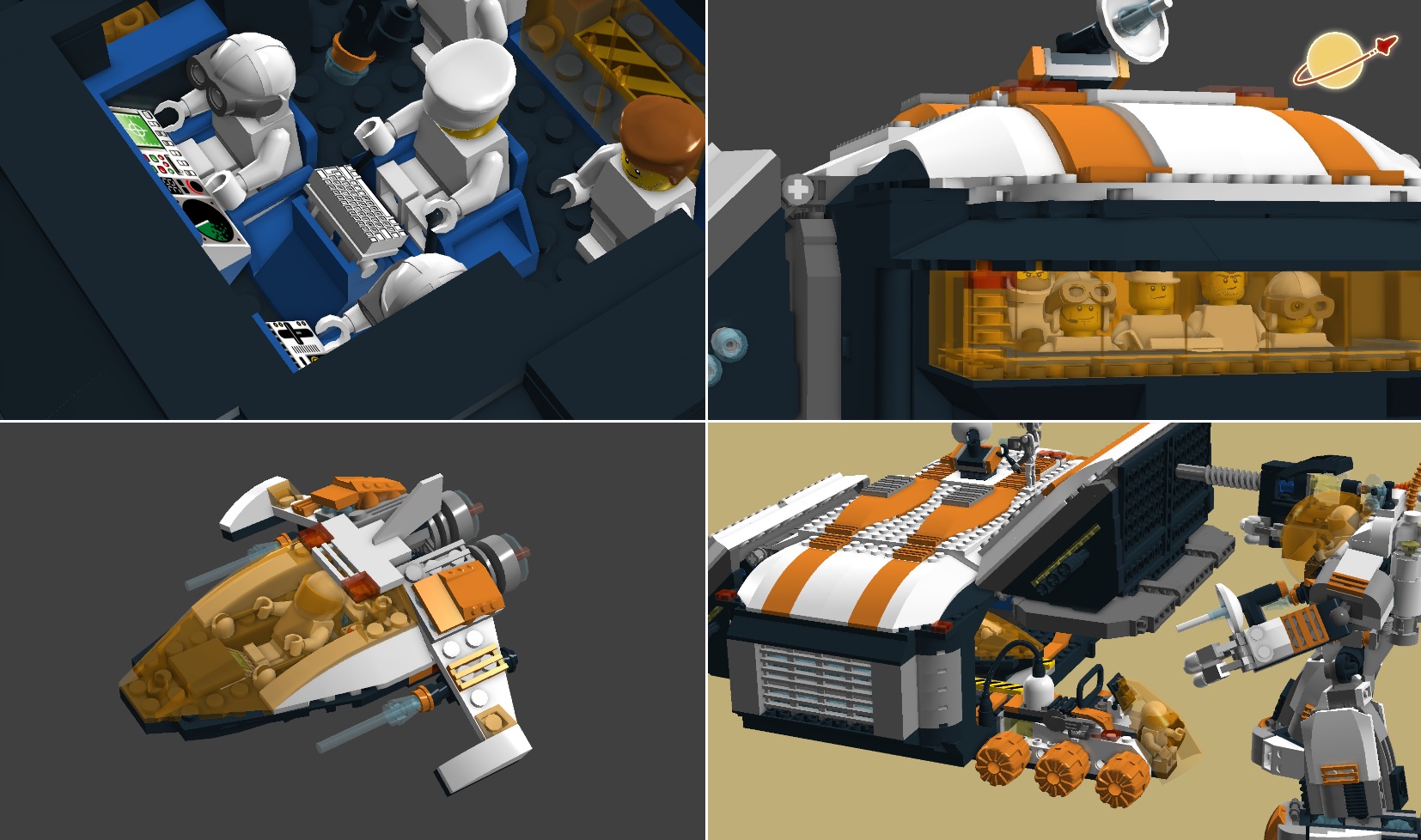 Ready for the mission...