Parts: 2825
Total Images (Uploaded + in desc): 15
Welcome to the Japan: Forest Fort! One of my most detailed sets. I hope you enjoy!
The large front section of the built can hinge open ↔️ into two cliffs. Allowing you to access the great tree emerging from the cave pit. As well as the walls of the cave and the back of the waterfall.

The small sunken cliff hosting the great tree makes a good place for an epic showdown. 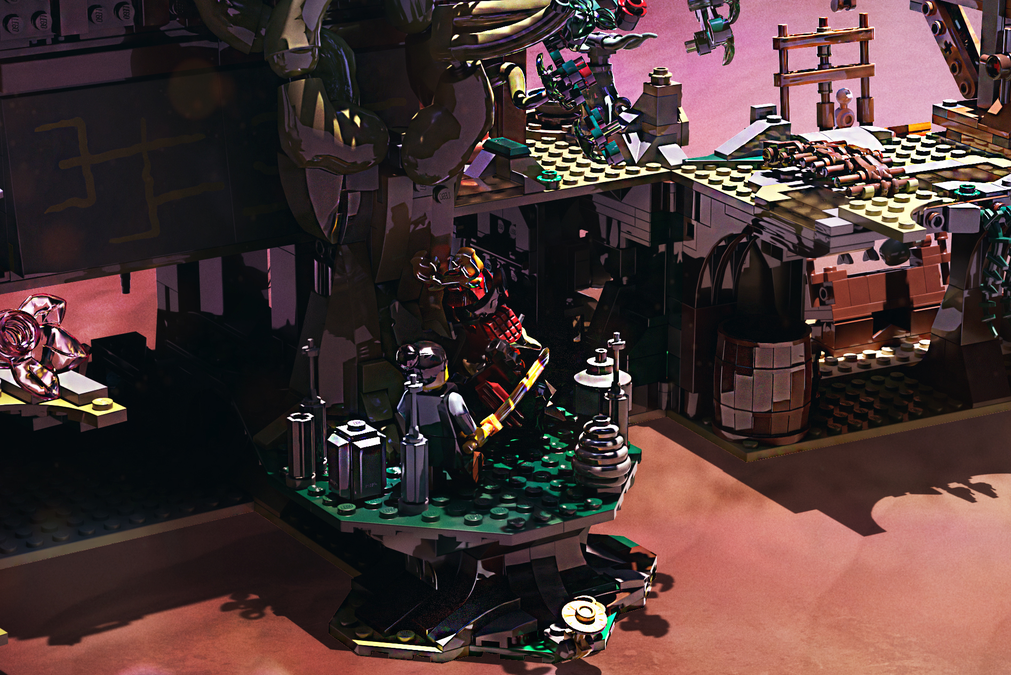 Notice some of the barrels within the cave system and the fireplaces. 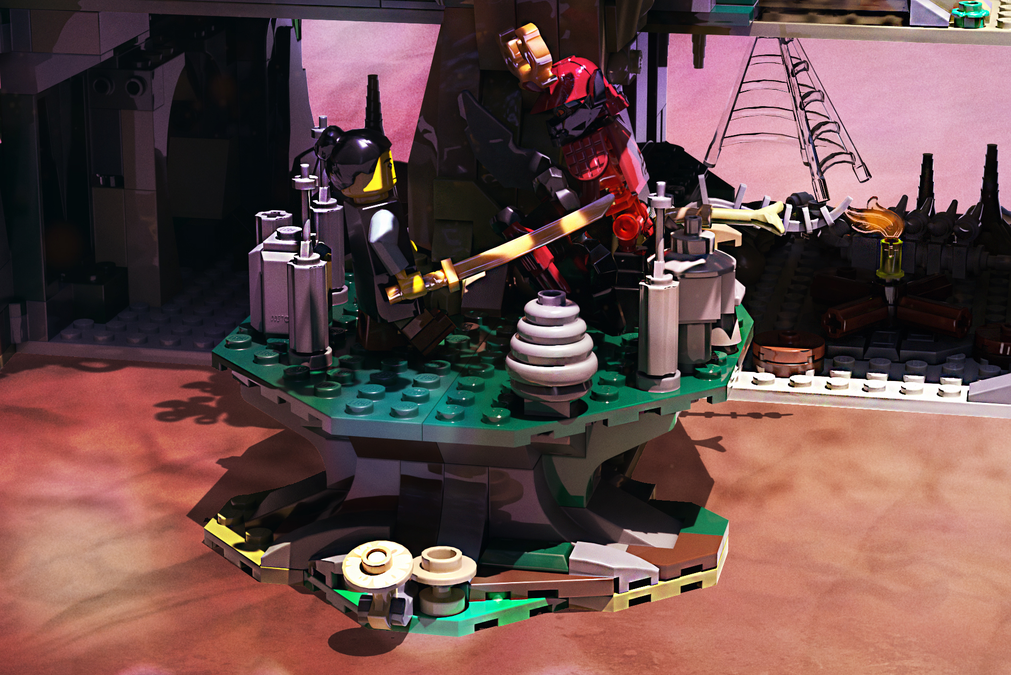 The beach. The waterfall on the right side is a printed wheel piece which allows it to turn as well as display falling leaves or regular falling water depending on which side is revealed.
A physical mechanic would be to have it rotate with a gear mechanism.
To the left side is water flowing through a bamboo pipe. Notice an antenna piece used to have it fall vertically. 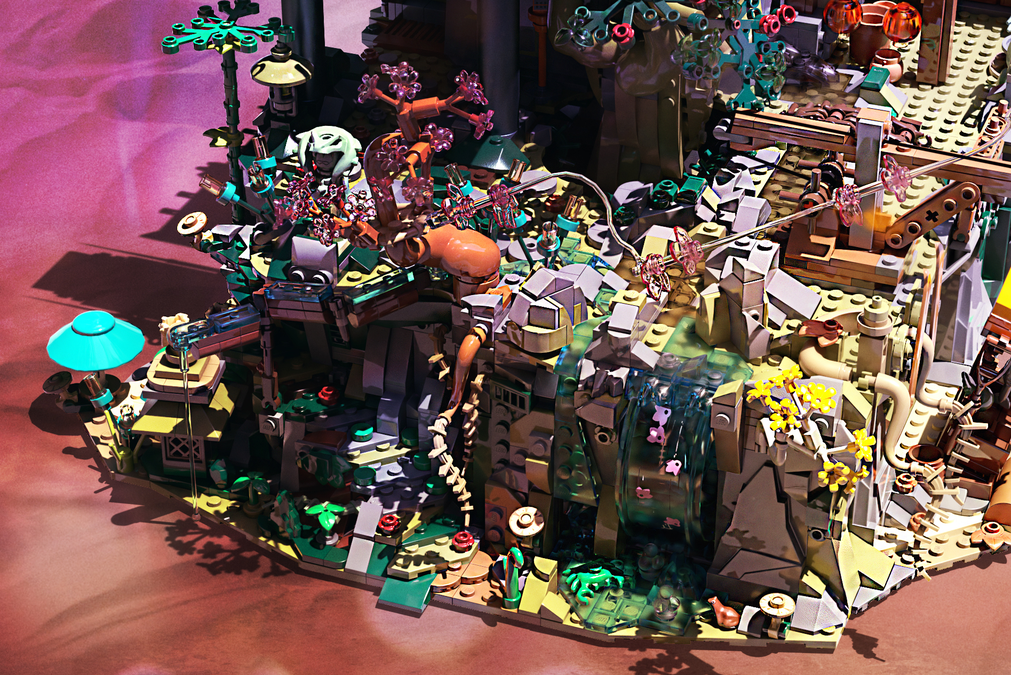 On the right side of the build across the other corner of the waterfall is a small marketplace stand with fish and vegetables for sale.
A wooden crane with a winch to raise and lower the rope would be used to bring up resources up and down from the fort. 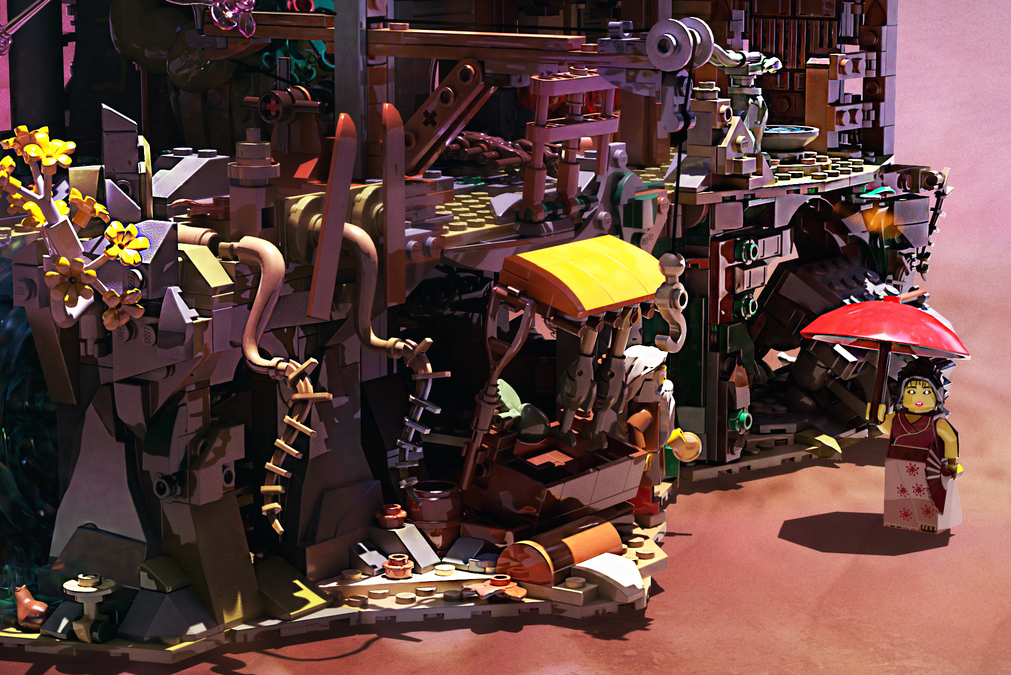 This area has a dragon statue with a small fountain. Below it is a statue depicted wielding a blade. It can be easily flipped over or rotated to allow minifigures such as the forest bandit or ninja to surprise enemies walking across the road to the market or fort. From inside the cave opening originally blocked from the statue. 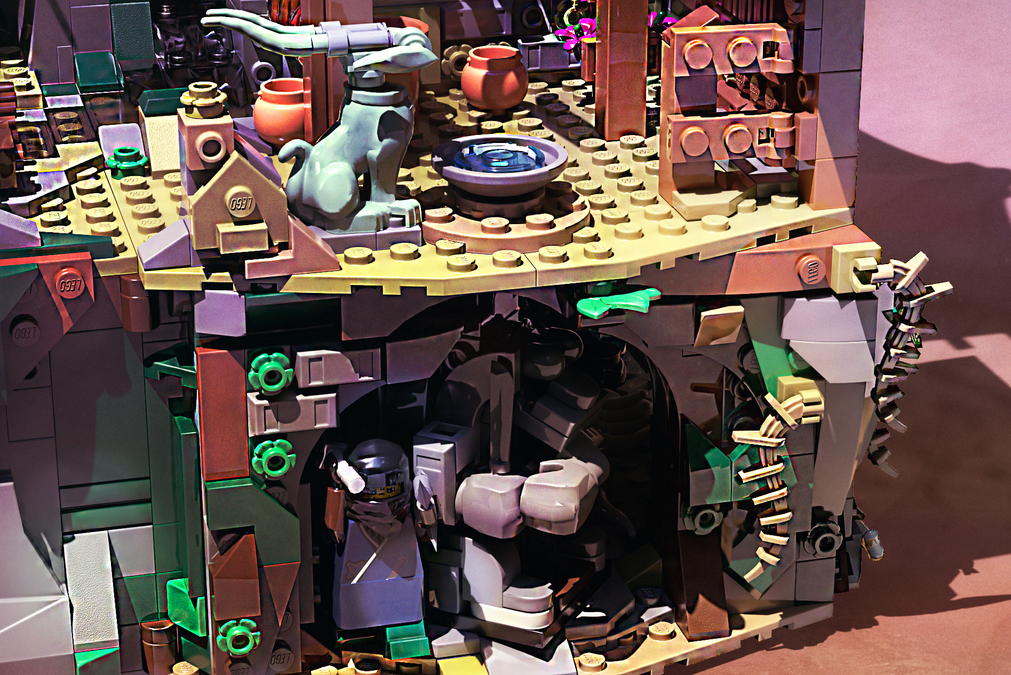 This section contains a torri gate. Leading to steps and doorways into the fort. It also includes a stairway up the cliff. With some weat below it as well as some growing bamboo. 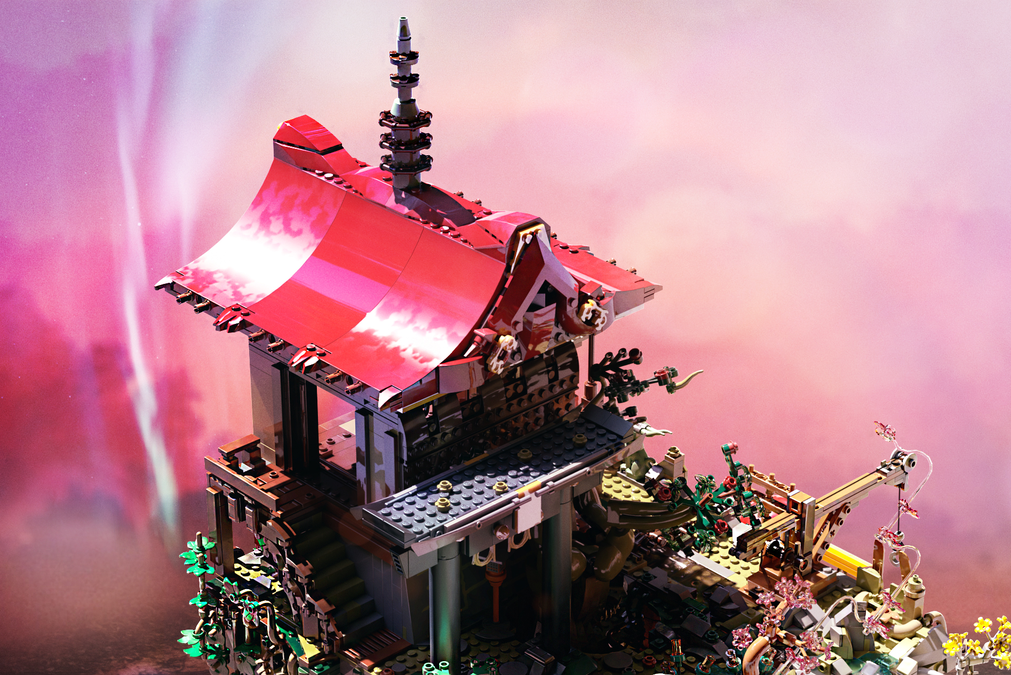 The left side of the build has the paths and tori mentioned before. As well as some lanterns, more cave entrances
The door panels on this side of the fort slide shut (two panels). 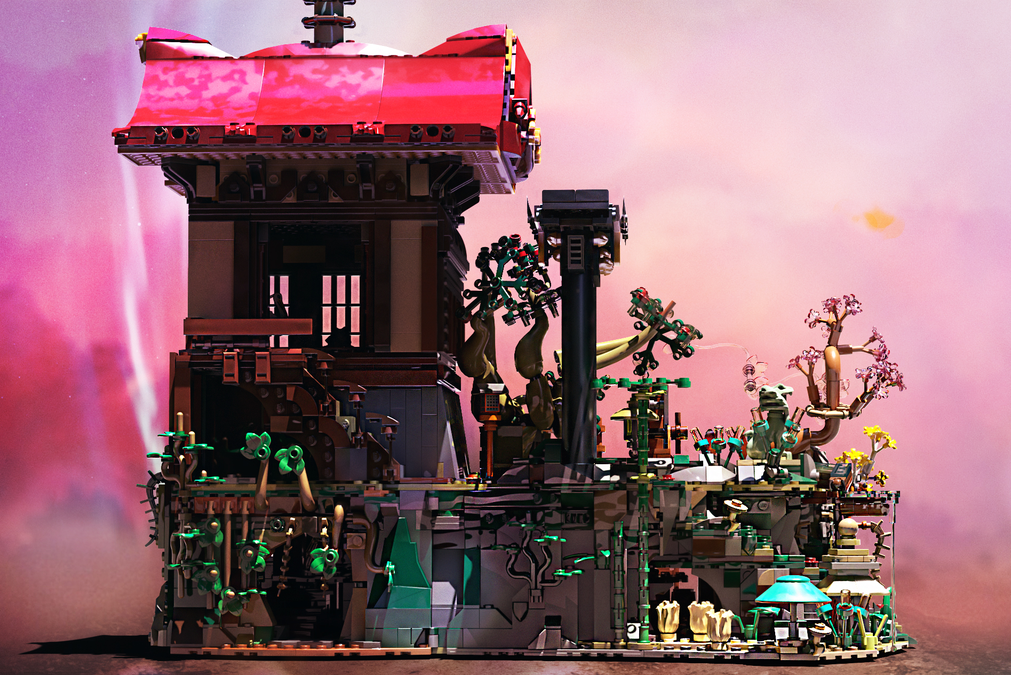 Below the fort is a wide view of the cave. There are some bones and various stalagmites/stalactites.

The Fort Inside:
Above The cave view is the kitchen area. 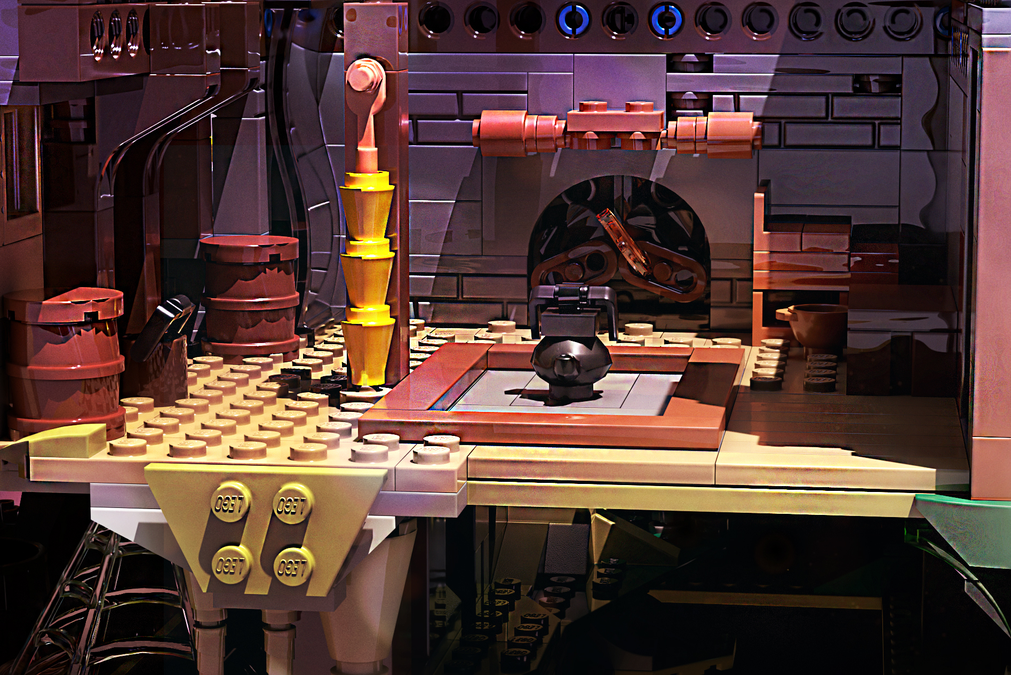 View of the doors open. 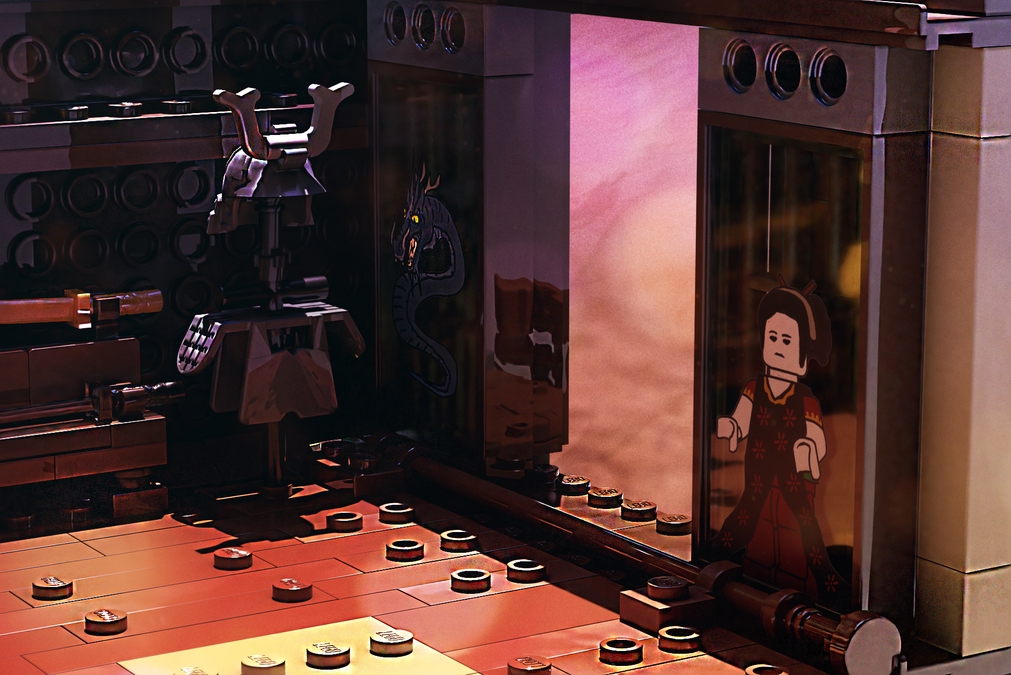 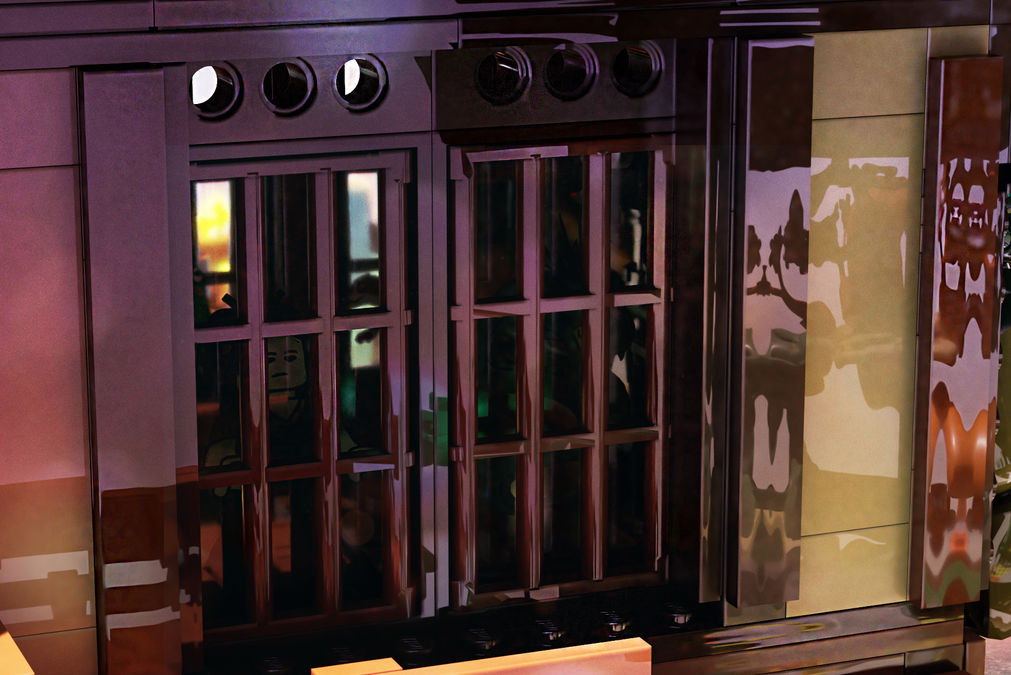 Two sets of Samurai Armor is kept on this location. Notice the decorated panels as well. 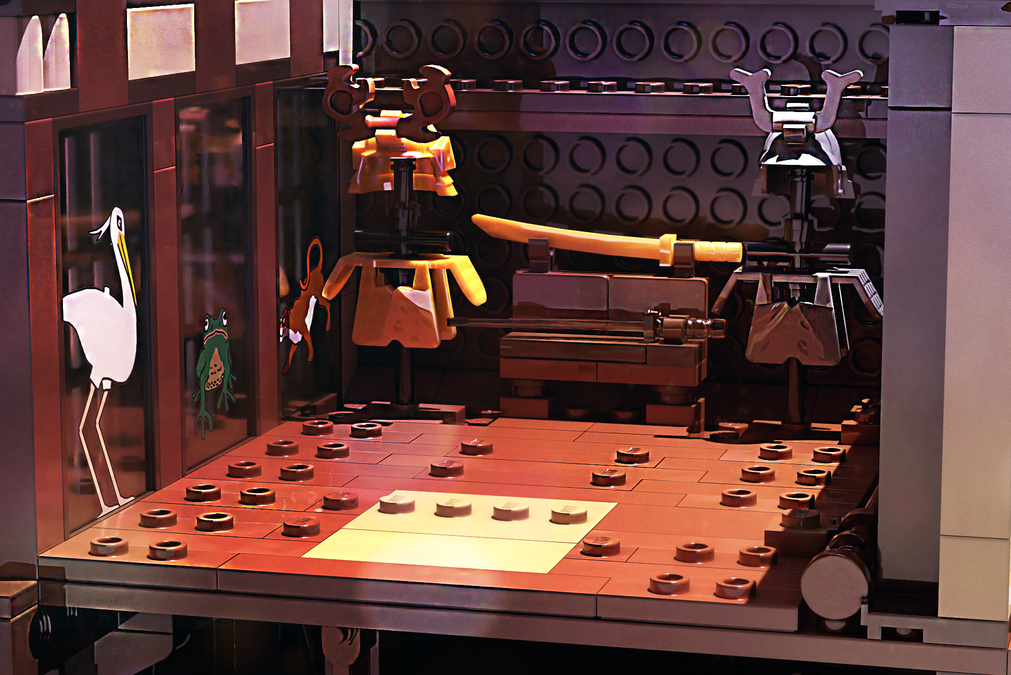 Above the armour room is a small chest room under the roof. 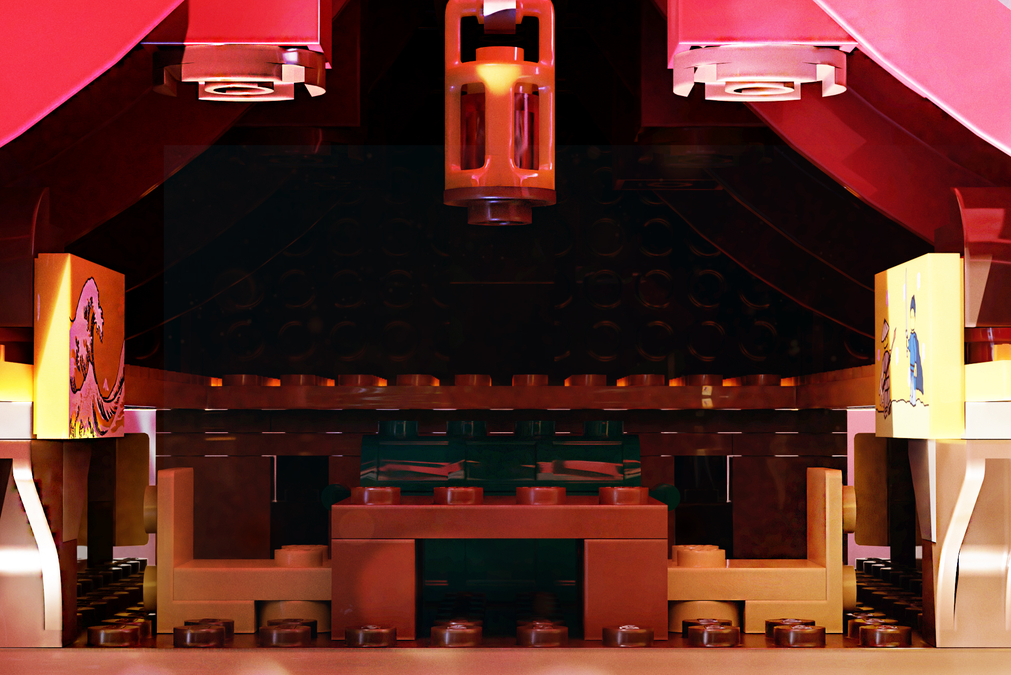 If you like it or want it as a set please support 👍 and if possible share it around 🌐.