Fiction book The Old Man and the Sea 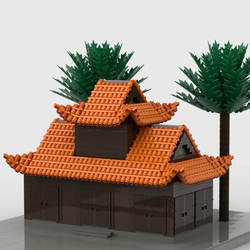 This set is based on The Old Man and the Sea, a short novel written by the American author Ernest Hemingway.

It tells the story of a battle between an old fisherman and a large marlin.

After stabbing the marlin with a harpoon, he strapped the marlin to the side of his skiff and returned home. But the sharks attacked and devoured the marlin's entire carcass, leaving a its skeleton.

This set includes the old man, the boy, the old man's house and household items, a skiff with fishing gears, a large marlin, three sharks, an octopus...