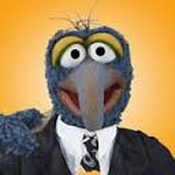 This ship is supposed to be a frigate of the 16th and 17th centuries. I got the idea for this ship while I was rebuilding my old Lego Black Seas Barracuda ship for my son.

I am a Lego fan since i can remember. As a kid I liked the Lego pirate sets from the end of the 80s and early 90s the most ... the Black Seas Barracuda ship has been for me personally so far the most beautiful set of this series and with the Troublemaker I would like to make a contribution to the glorious time of the Lego pirates. This set consists of the ship with a crew of nine fearless pirates, as well as a parrot, a dog and a monkey to be understood as a tribute! To the ship belong also comprehensive accessories such as a fishing rod, a treasure card and also food and of course gold coins ... there are also three soldiers and a little long boat included. Take a look at the pictures and then you will see that there are more than enough accessories around the ship …so everyone should be able to tell their own little pirate story.

I have put a lot of time and effort into the design of the ship ... I hope you like it!