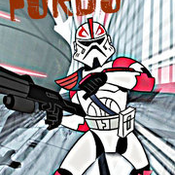 By Knoose
2 comments
Star Wars Background: Chapter 20 and 21 of the orginal Clone Wars Cartoon
This Low Altitude Assault Transport was used by The Muunilinst 10 during their mission to Hypori. It had a unique paint job with blue top with triangular blue stripes just under the top, blue wings and triangular white stripes on the wings. A glaring rancor's mouth was painted on the front. The side gunpods were omitted.

The Muunilinst 10 was sent to Hypori to rescue the survivors from the encounter with General Grievous. Their gunship was able to sneak past hundreds of droids and drop detonators before the droids could notice. The Muunilinst 10 successfully rescued the Jedi Knights Ki-Adi-Mundi, Aayla Secura, and Shaak Ti before detonating the charges to clear their escape route and departing.
Theme:Star Wars
SubTheme: Star Wars: The Clone Wars 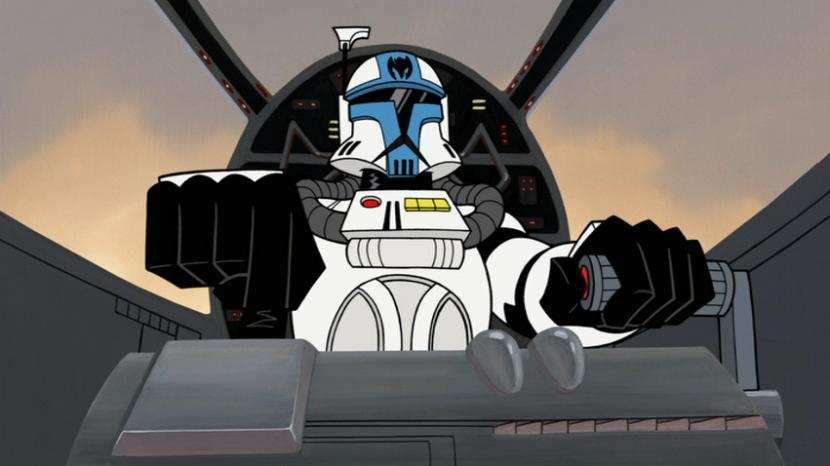 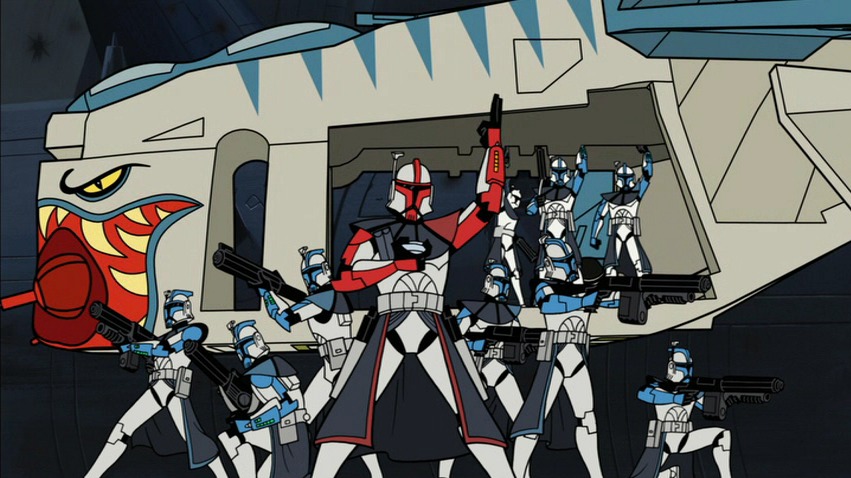 The actual Image from the episode 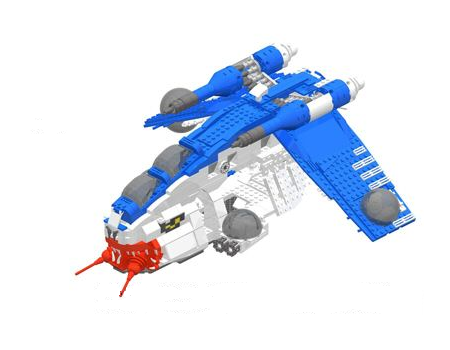 some more pics ( i do not have this built anymore, but it was based on the orignal gunship design http://www.brickset.com/detail/?Set=7163-1