By iPaloosa
4 comments
A Fantastic Voyage into the body of a man. A submarine and a team of scientists are shrunk to the size of a microbe, in a race against time. Based on the 1966 Irwin Allen movie, and novelization By Issac Asimov

The USS Proteus (U-91035) is an experimental deep diving atomic submarine, designed for oceanology research, Designed by Harper Goff, who designed Disney's Nautilus, it features many of the same design features, from the wide windows and bubble cockpit, as well as it's central diving hatch

This minifig sized Proteus features an opening passenger compartment that seats 2 Minifigs, one forward, and one in the command bubble, the rear contains 2 Sets of Scuba gear, and also comes with chocks and boarding ladder.

LDD Files and Images and Photos available at Brickshelf 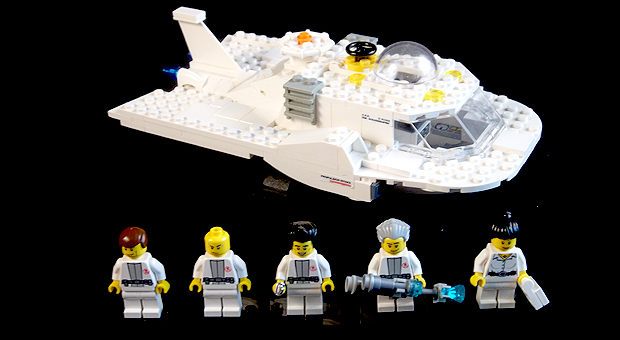 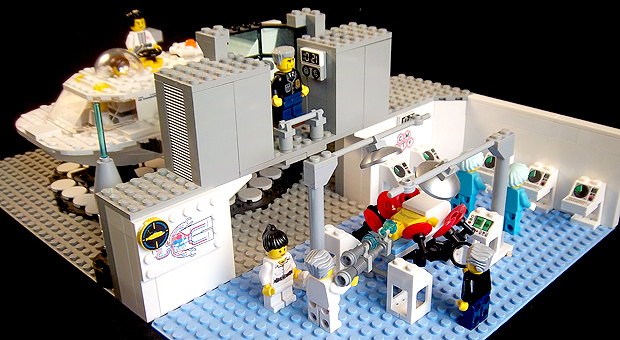 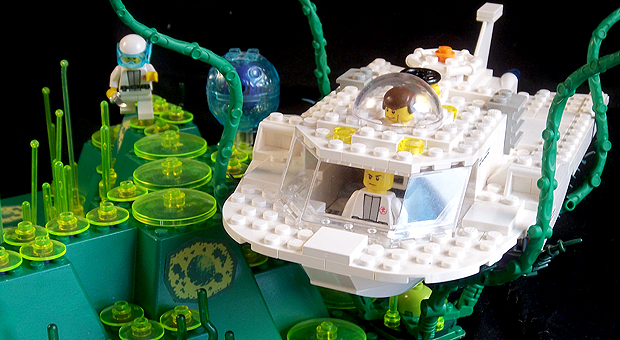 The Proteus is Trapped in the The Lymph Node and Inner Ear, Grant Needs to Rescue Nurse Peterson who falls while freeing the ship. The Playset features poseable Reticular Fibers and a swiveling Flick Missile "Antibody" launcher and White Blood Cells.

More Photos on Brickshelf!
The Proteus Tangled in Reticular Fibers (With Movie Still)
Grant to the Rescue
Cora trapped in the Hair Cells 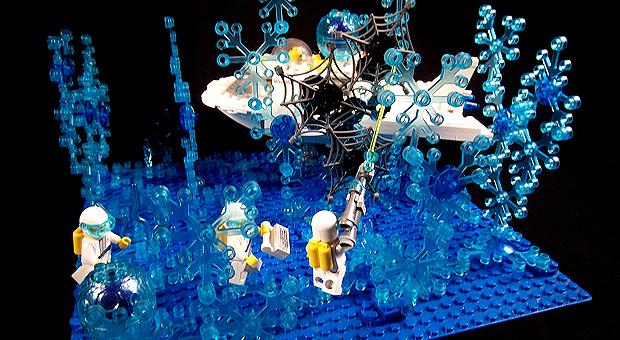 Deep in the Patient's brain, The Proteus crew exits the ship to destroy the blood clot.