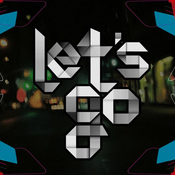 Ever wonder what would happen if Batman had to go up against some real-world thugs? Sure, his bat-finned sports car might be able to overpower some cute-clown car or ridiculously extravagant double sided van. But how about the modern, high tech tanks and armored vehicles able to pulverize foes from miles away?  Or rampant gangsters with high-powered automatic guns, rocket launchers, snipers, and more? Yeah, try and send the Lamborghini with the bat fins welded on against those guys. The Dark Knight wouldn't last two seconds outside the walls of Gotham City.

Introducing the Arkham Bat! For when they don't dress like clowns. Inspired by Nolan's The Tumbler and Rocksteady's iteration of the Batmobile, the Arkham bat can take on everything from high powered explosives, armor piercing rounds, to radioactive fallout! Minifigures/Features include-

Transformable from pursuit to combat mode.

Swiveling mounted gun removes to reveal miniature Batcave with rack for Batarangs, Gadgets, and a Batcomputer.

Hold in the back for prisoners.

I hope you enjoy this newly updated Batmobile from The Sigh! It will likely be my last set ever, so take it in while you can!