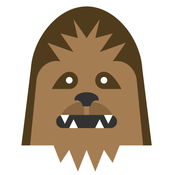 Woo-ooh! Life is like a hurricane here in Duckburg. But what better way to live in it than McDuck Manor, the home of the legendary Scrooge McDuck. He is known across the world for his daring adventures and it has led him to great wealth. He is the richest duck in the world and there is no doubt this mansion reflects it.
The first story features three main rooms along with a swimming pool that has Donald Duck's fishing boat floating in it. The first room a minifig would see when walking in would be the kitchen off to the left which features a dishwasher, stove, and refrigerator. Off to the right side is the fireplace and past that is the entrance to both the living room and the garage. The living room features two sofas, a couch, a bookcase, and a television. The garage, on the other hand, is packed full of the magical artifacts Scrooge has collected on his adventures (including the headless horse statue, a statue of Scrooge McDuck, Excalibur, a golden lamp, a golden robot monster, and a note from Della Duck).
The second story features five separate rooms--the triplets' bedroom, Scrooge's bedroom, Scrooge's office, the dining room, and the first floor of Webby's room. There is a triple bunk bed in the triplets' room along with a table featuring a small lamp. Scrooge's bedroom features a king-sized bed, a fireplace, and a small lamp. The office includes a small desk that has money and magical artifacts sitting on top. The dining room features a table with enough room for six figures to sit at. The first floor of Webby's room has a bulletin board, bookshelf, lamp, and desk along with a ladder that leads up to the attic where the second floor of her room is located.
Webby's second story features a bed, weapons rack, and various boxes including one that houses the amulet of Magica De'Spell.
The roof features a chimney and a landing platform for the Sunchaser (which includes seating for two minifigs). The limousine also can hold two figures.
Now speaking of minifigures, I did not believe I would end up doing a very good job if I designed them digitally. The figures I imagine being in this set would be Scrooge McDuck, Huey, Louie, Dewey, Donald Duck, Della Duck, Launchpad McQuack, Webby, Mrs. Beakley, Glomgold, and Duckworth.
I built this set because I believe that a show as popular as Ducktales deserves a LEGO set. McDuck Manor is also a gigantic, stunning image that would be great both for play and display!