By Baron von Brunk
71 comments
UPDATE 12/31/2013: The kind folks at LEGO CUUSOO have made a new rule that forbids proposals to new themes, thus I have eliminated the other robots (N64, NES Zapper, SEGA Game Gear) from this batch and instead streamlined it to one set -- Domaster and his game accessories.

These projects were made by me during the winter/spring of 2012 and almost immediately gained plenty of attention amongst the video game and anime communities -- in fact, this particular project was featured in May 2012's Nintendo Power. Domaster is the transforming Nintendo Game Boy, whilst Tetrawing is his bird partner, who changes into a Game Boy cartridge, as Moltron, the robotic replica of Pokémon Moltres, who transforms into its respective game. These game cartridge suggestions are merely there for scale, and are not intended to be final.

For Domaster: The two fake AA batteries double as weapons, which are fully storable inside the Game Boy unit. The logos are custom waterslide decals I created, which can hopefully become regular print-on LEGO tiles if this gets marketed.

Creating these projects had me run into several engineering issues due to usage of limited kinds of parts; in other words, if this becomes marketed, hopefully LEGO can re-mold new parts to make the design and construction more sturdy and streamlined -- such as perhaps slightly changing the shape/size of a few Technic pieces -- as there are some minor problems with stability and strength. Think of this project as a prototype, which can be greatly improved upon when given into the hands of the finest toy engineers of LEGO. I'm sure with some additional improvements and newer part additions, this could certainly become a sought-after collectible for video game nerds, Japanese mecha fanboys, and fellow LEGO craftsmen alike -- united as one! Again, this particular LEGO creation is a prototype (a basic suggestion), and if manufactured will appear much differently than my concept. Also, the transformation cycle is of course inspired by Hasbro's Transformers toy line, but for sake of copyright and licensing, this toy is NOT a Transformer, but rather a transforming robot or mecha, akin to traditional Japanese toys of the '70s and '80s. The names are also not final, and serve as suggestions. If/when this toy becomes marketed, in addition to its ascetic changes, the names can/will be changed too.

For Domaster (the Game Boy): A complete instructional guide with 3-D images generated by LDraw -- with a parts list courtesy of Peeron.com can be seen here on Instructables:

P.S. - As asked by a supporter, yes, Domaster transforms 100% without removing any parts (aside from the weapons)! Read the Instructables link above to see photos of the transformation cycle; the feet slide into the legs, the legs rotate and form the bottom of the Game Boy, the arms and head fold behind the back via Technic ball joints.

Various shots of Domaster in both robot and accessory mode. 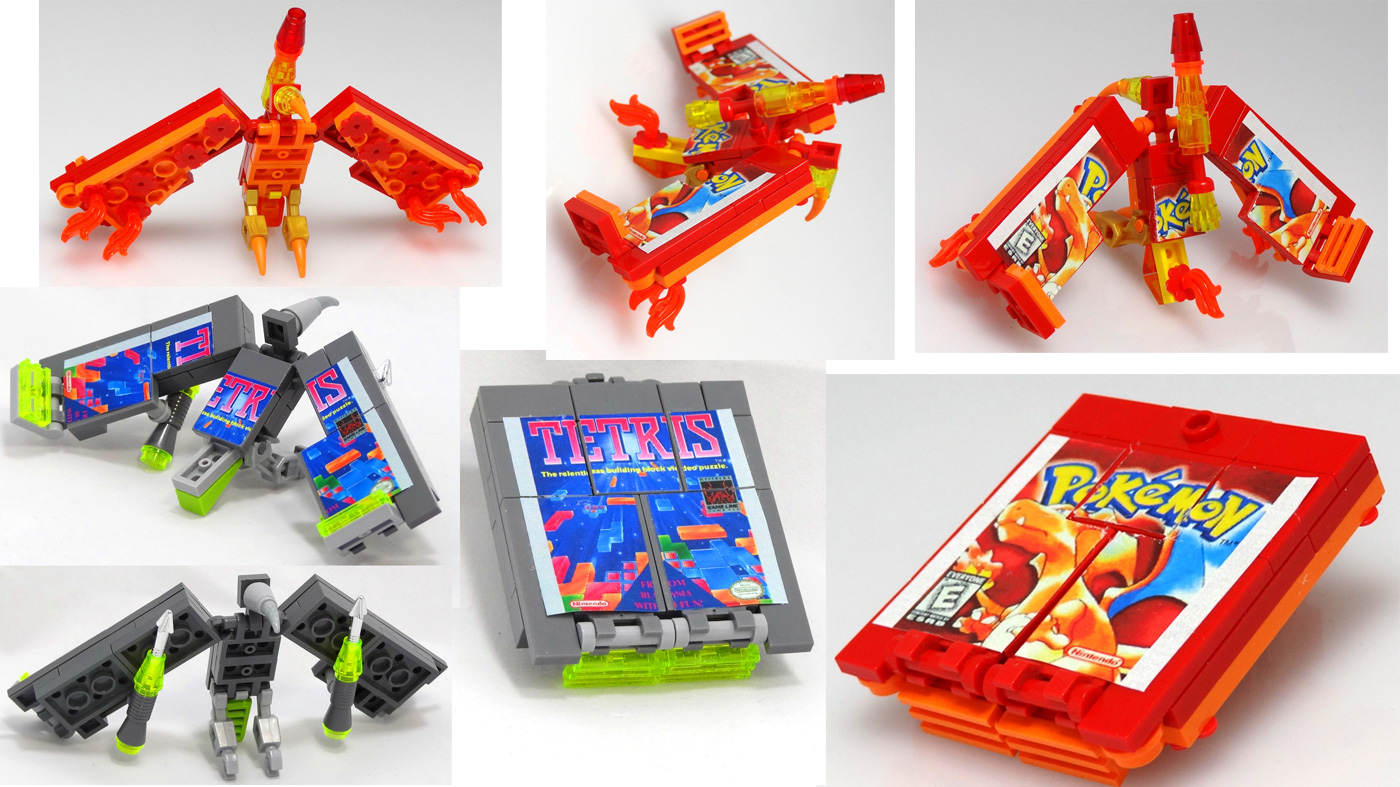 Domaster's two game bird cartridges Tetrawing and Moltron. These games are for reference only and can be changed/swapped with other titles as per licensing agreement. 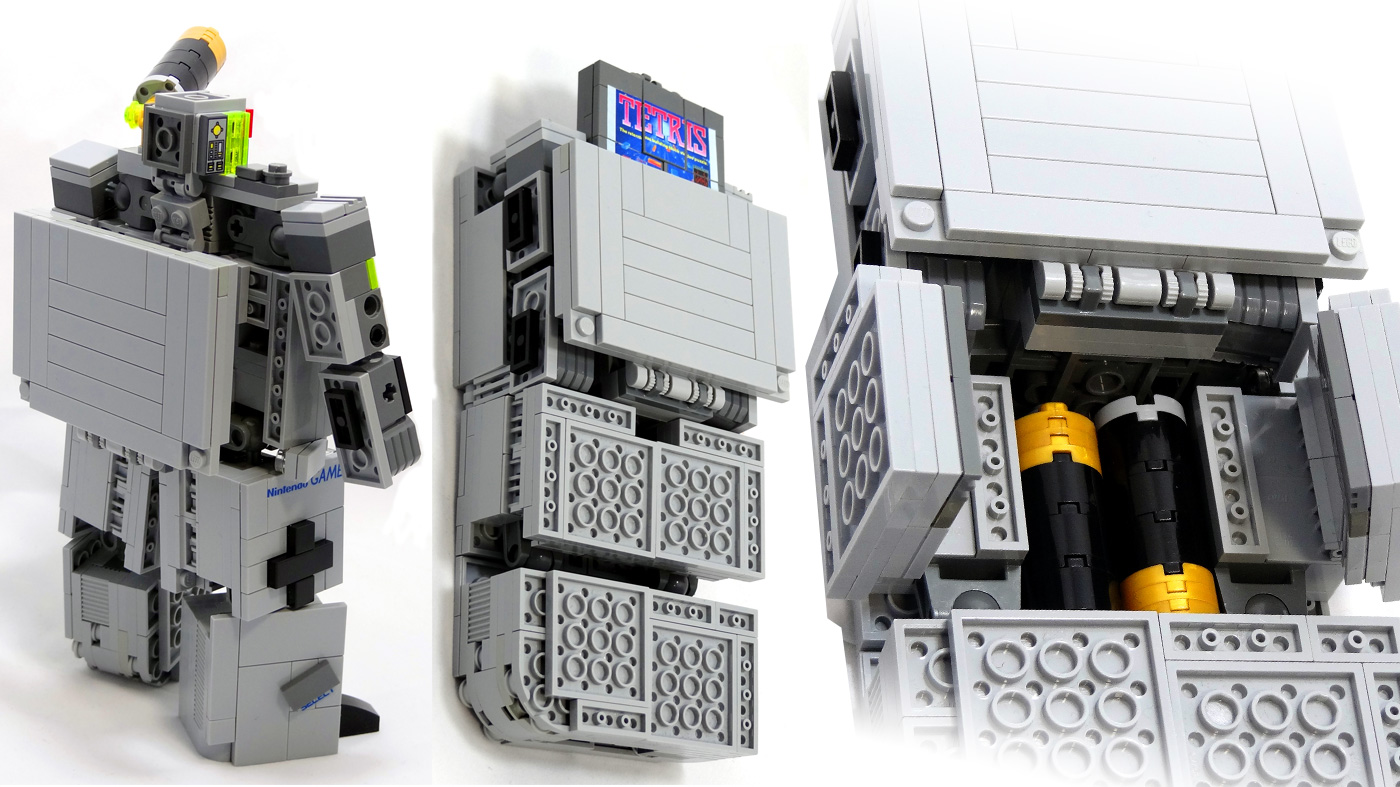 Rear shots of Domaster with his battery compartment visible.