"1 May 1969. 'Medved' (Bear), with its lone cosmonaut, Aleksei Leonov onboard, lands on the Moon's Ocean of Storms. After half a day's of system checks and a little rest, Leonov opens the hatch of the tiny LK lander. Climbing down the ladder he ponders the significance of it all as he proclaims man's first words on another world: Еще один триумф социализма. (Yet another triumph for socialism). Leonov then spends two hours on the surface, deploying instruments, saluting the Soviet flag, taking pictures, sampling rocks, and visiting a Lunokhod rover that was sent to scout the landing zone months beforehand. Upon finishing up he uncovers a golden plaque commemorating the U.S.S.R.'s achievement of landing a man on the Moon before the United States. Climbing back into the LK lander, Leonov returns to his crewmate, Oleg Makarov, 100 miles above the Lunar surface. A spacewalk later, and Leonov is safely aboard the mothership Soyuz and returns home with Makarov to world fame. After this humiliating defeat NASA decides to change the Apollo 10 mission from a dress rehearsal to the first American Moon landing on May 22, and begs Congress to pay for a manned mission to Mars."

This is what history could have looked like if the Soviet's N-1 rocket had been a success. But fortunately for Neil Armstrong, it wasn't. But that doesn't mean that a Soviet Moonshot should be forgotten! This amazing set contains the LK Lander with separable descent and ascent stages, a Lunokhod Rover, and a decorative base plate. LK interior is fully furnished, complete with control panel, pilots couch, and room to house space helmet, backpack and tools. LK hatch opens and descent ladder and antennas are foldable. Lunokhod Rover is fully mobile on it's wheels, with moveable antennae and foldable solar panels. Decorative Base is 34 by 26 studs in size.  Contains over 3,000 pieces!

Please vote for this unique and awesome set, and feel free to share it on Facebook and other social media outlets! 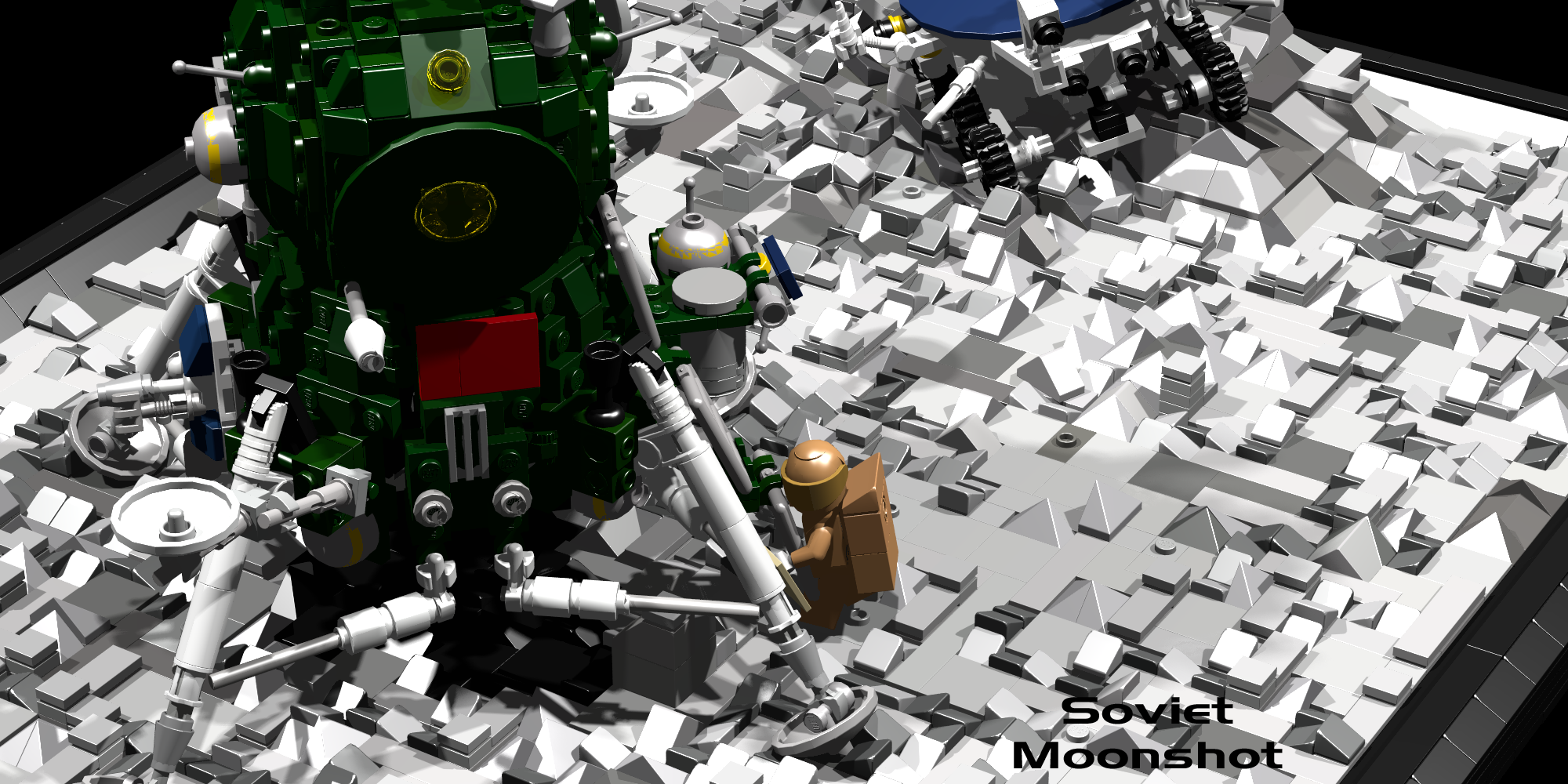 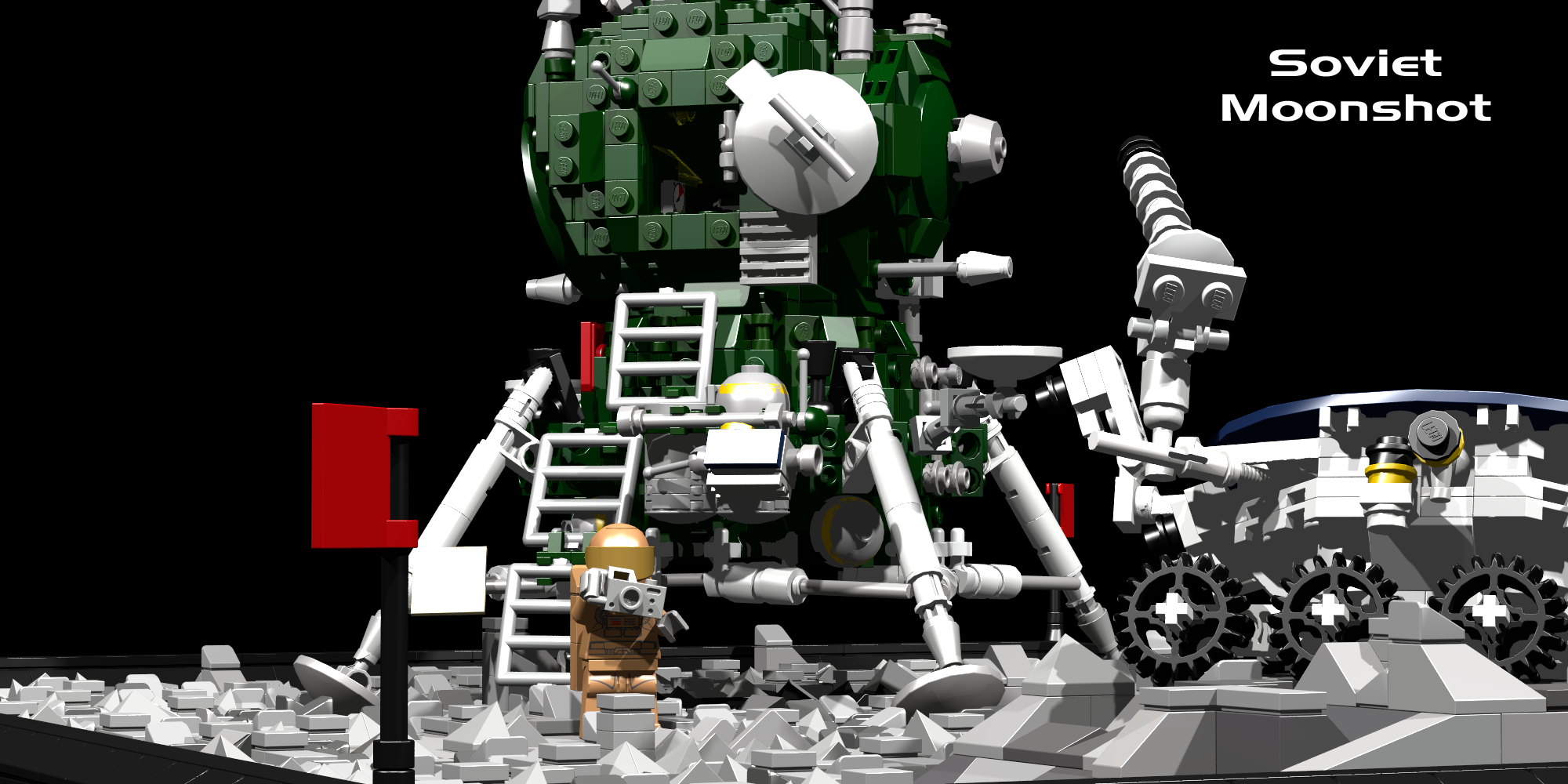 Leonov taking pictures of the Moon. 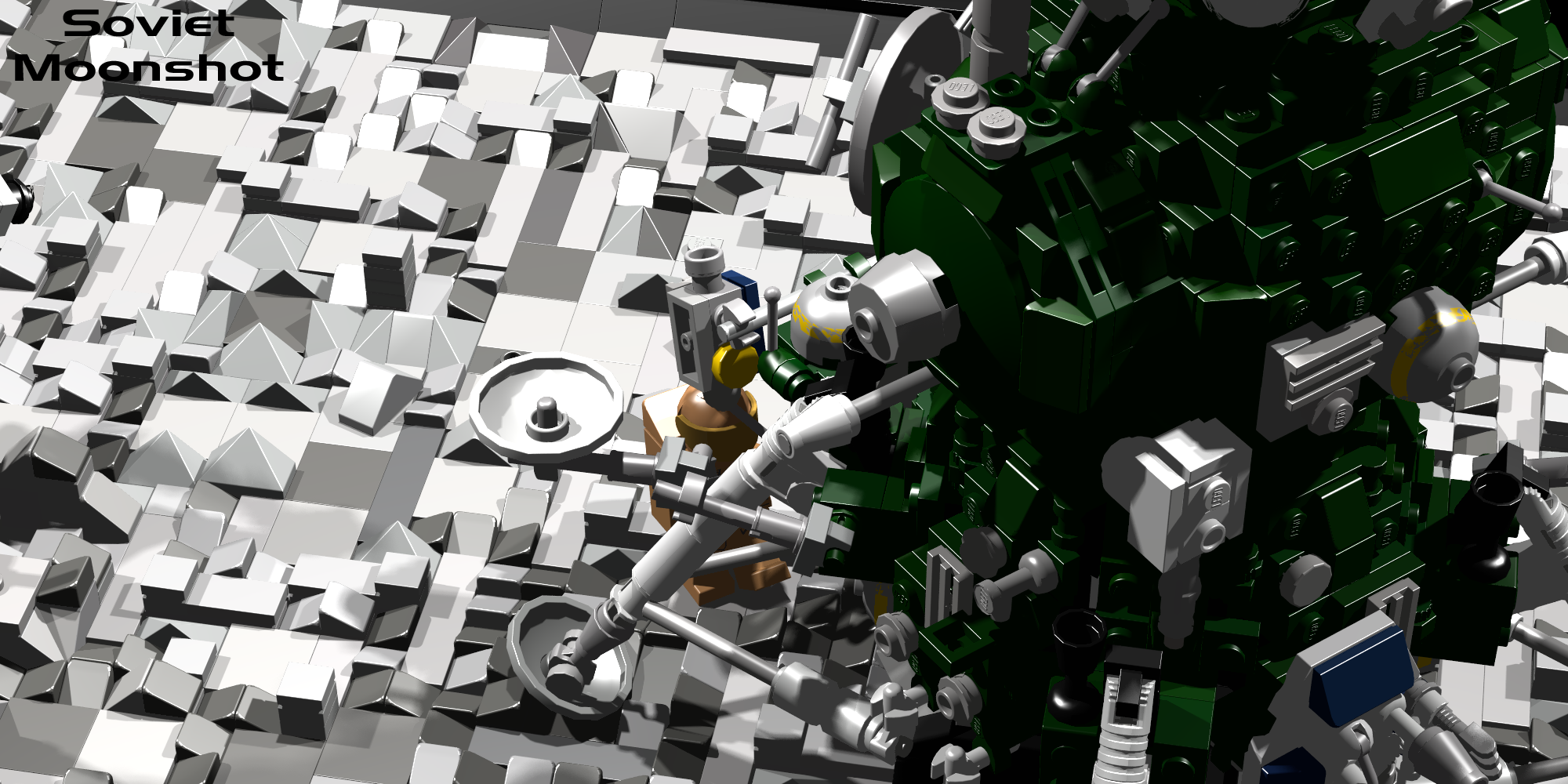 Leonov deploying the video camera. The Soviet video camera used on the Moon provided much better picture quality than the one used by Apollo 11 astronauts, but at the cost of heavy weight and massive power usage. 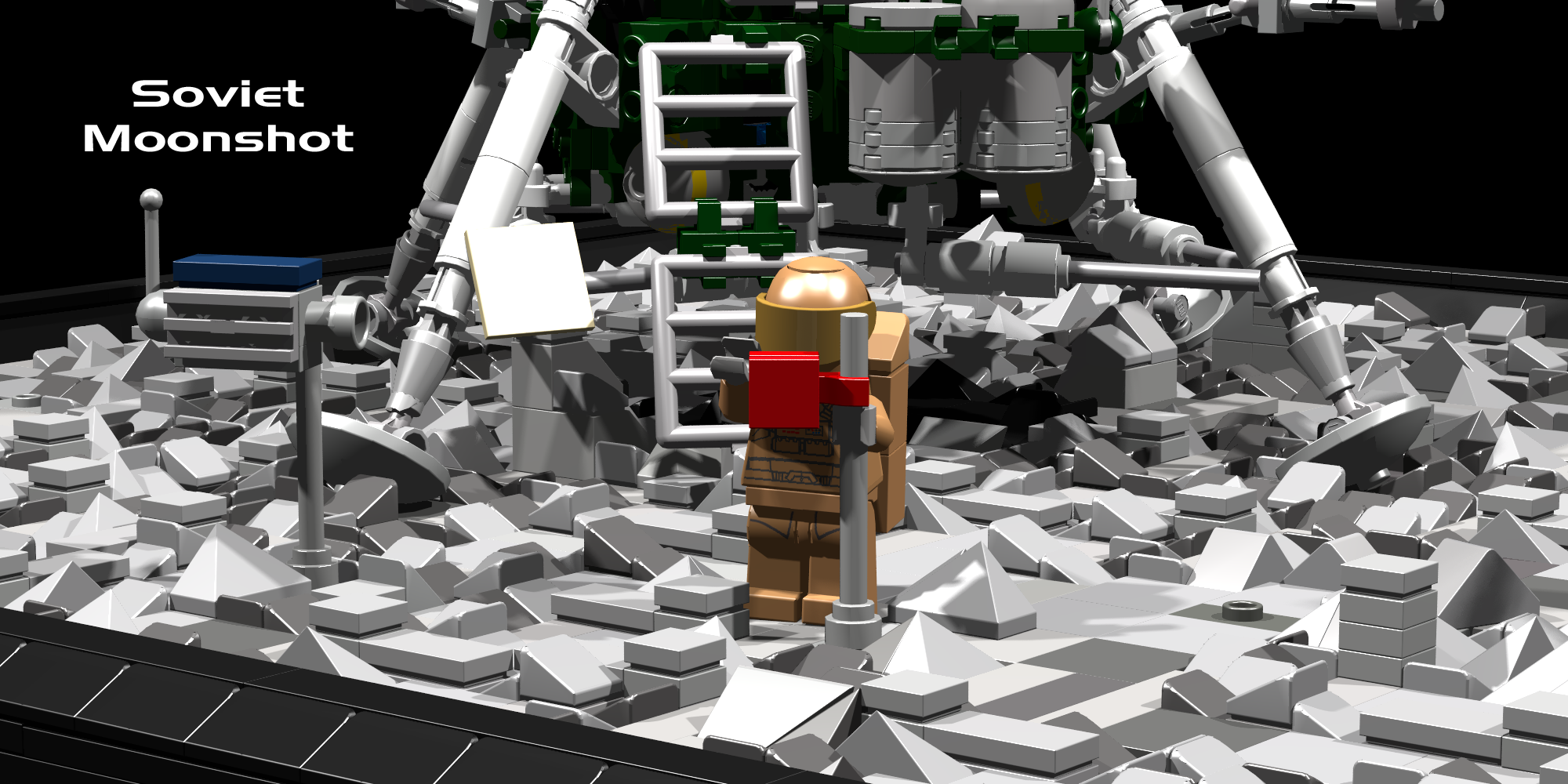 Leonov unfurling the flag of the U.S.S.R. 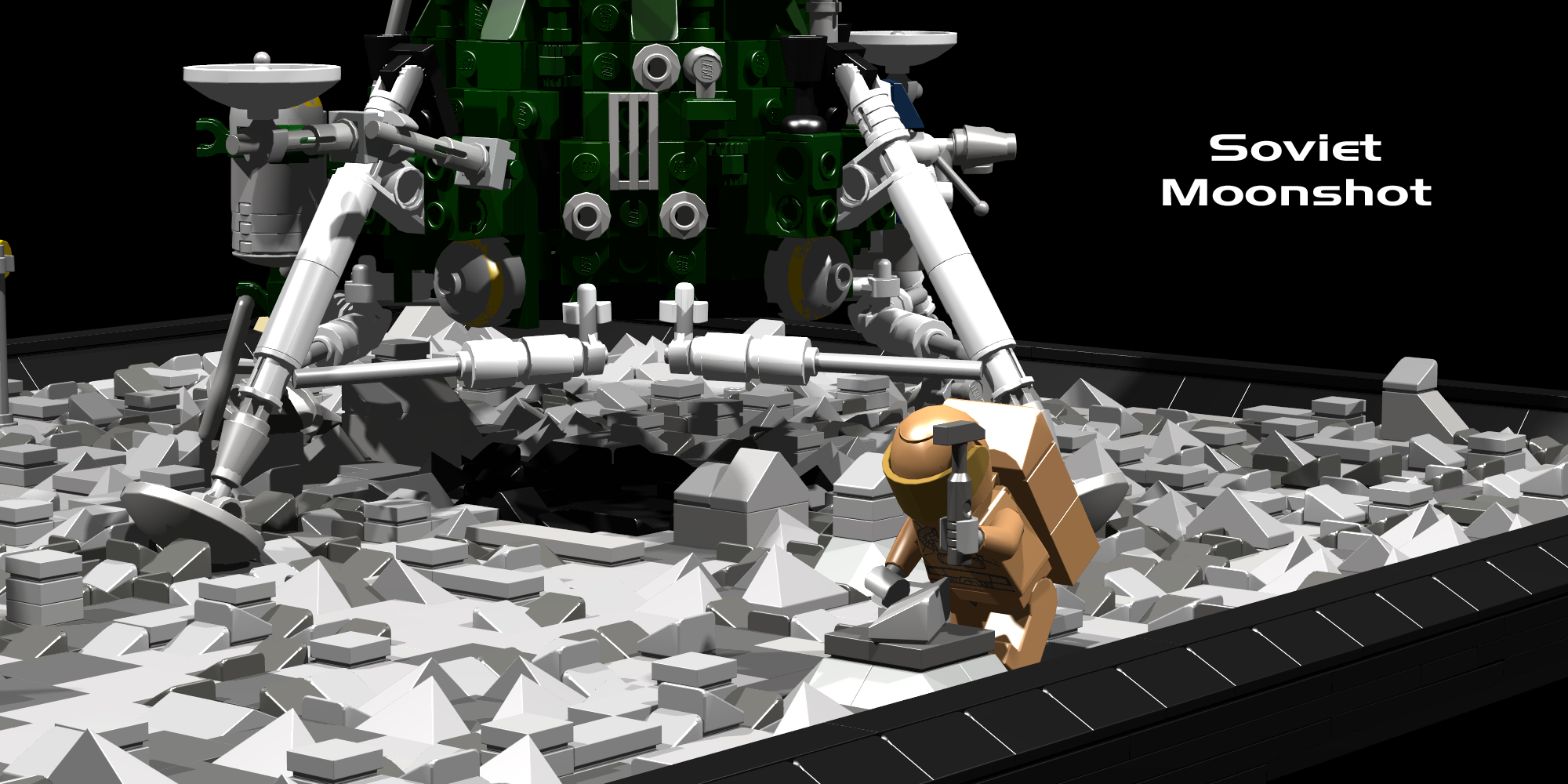 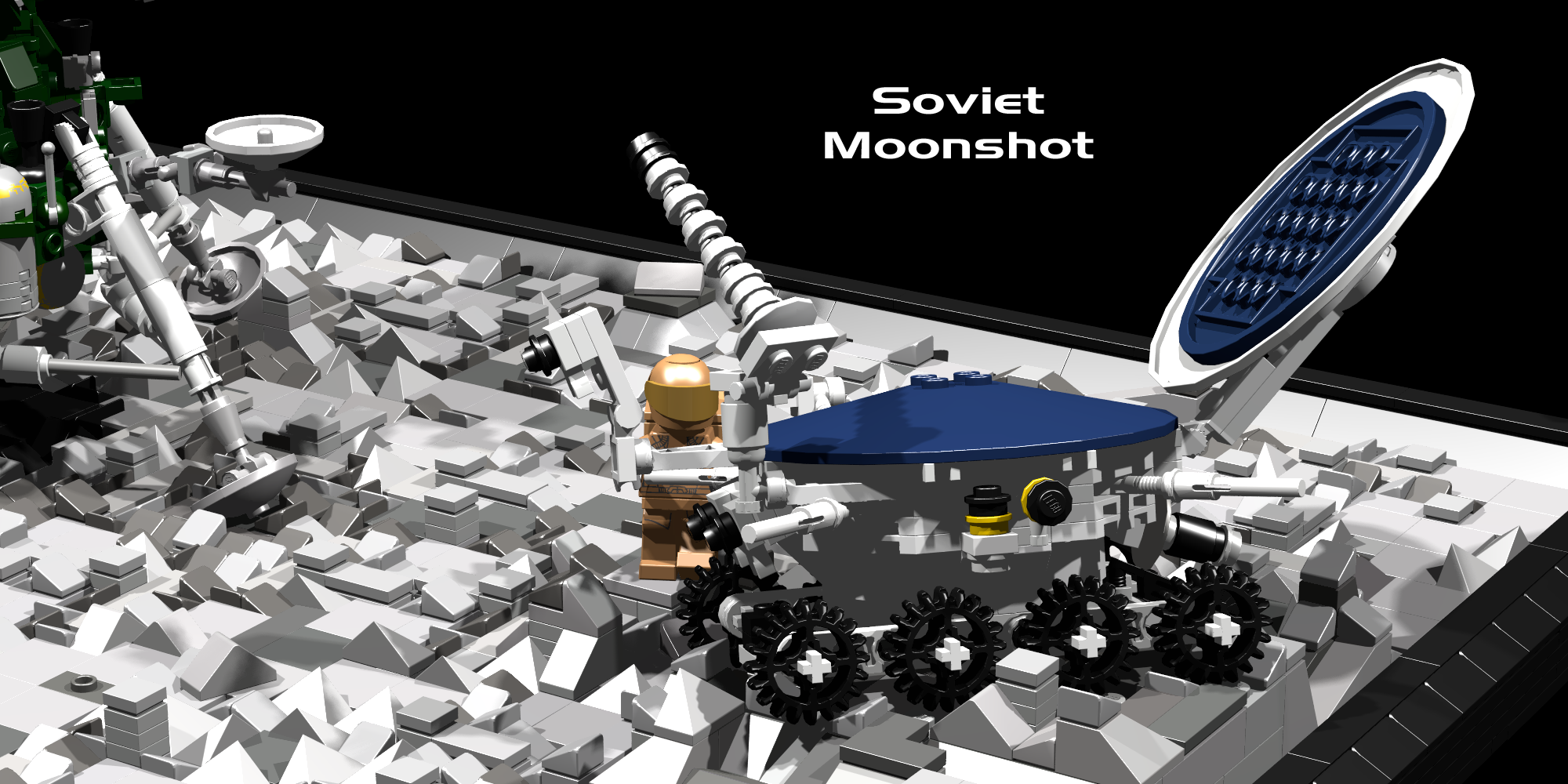 Leonov inspecting the Lunokhod Rover. These robotic spacecraft were intended to be sent to the Moon on scouting missions for the later Manned Missions. Two of them were sent to the Moon in the 1970's, lasting several months and collecting enough science data to match the success of Apollo. 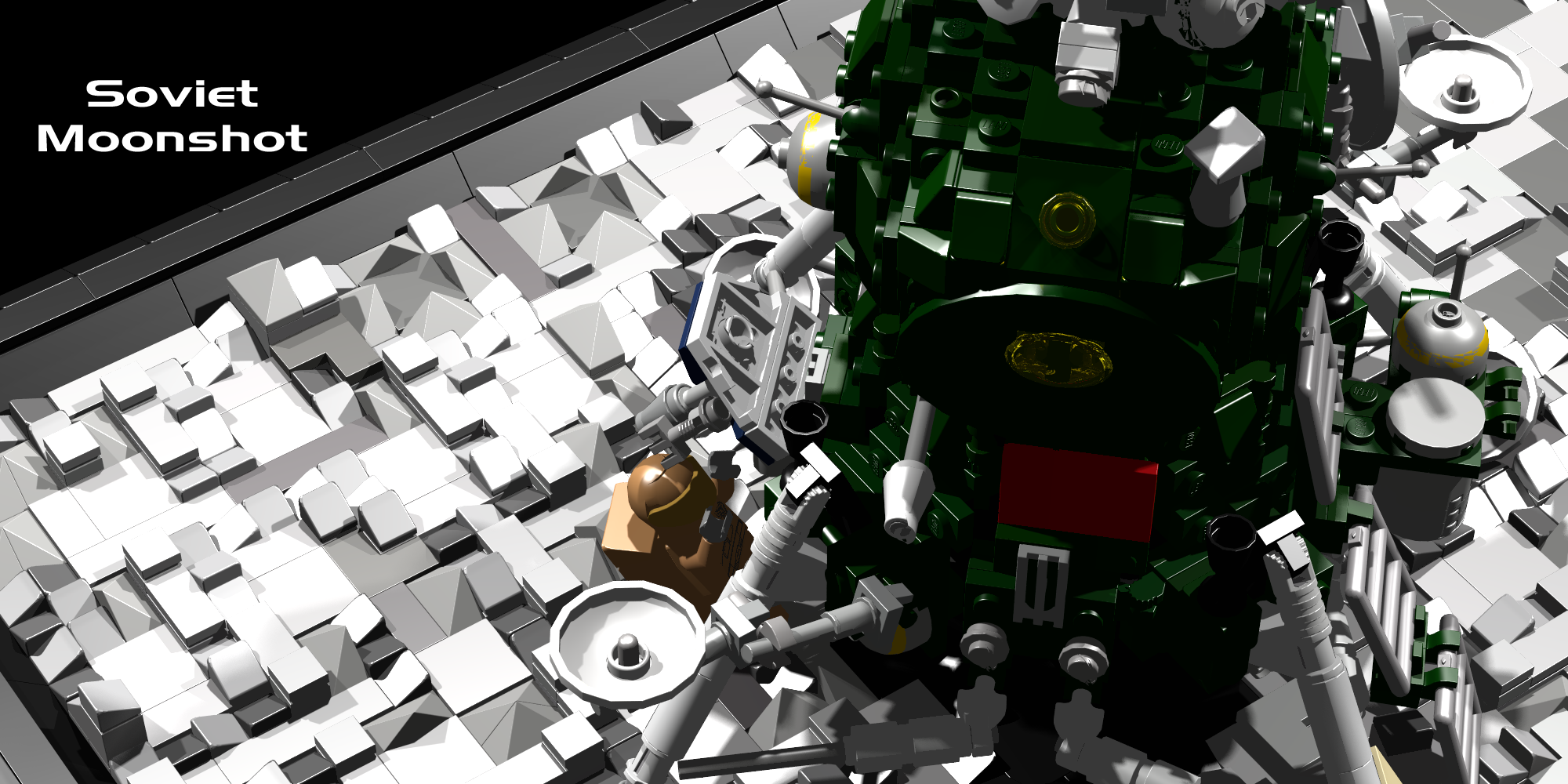 Leonov getting the Scientific Instruments off the LK descent stage. 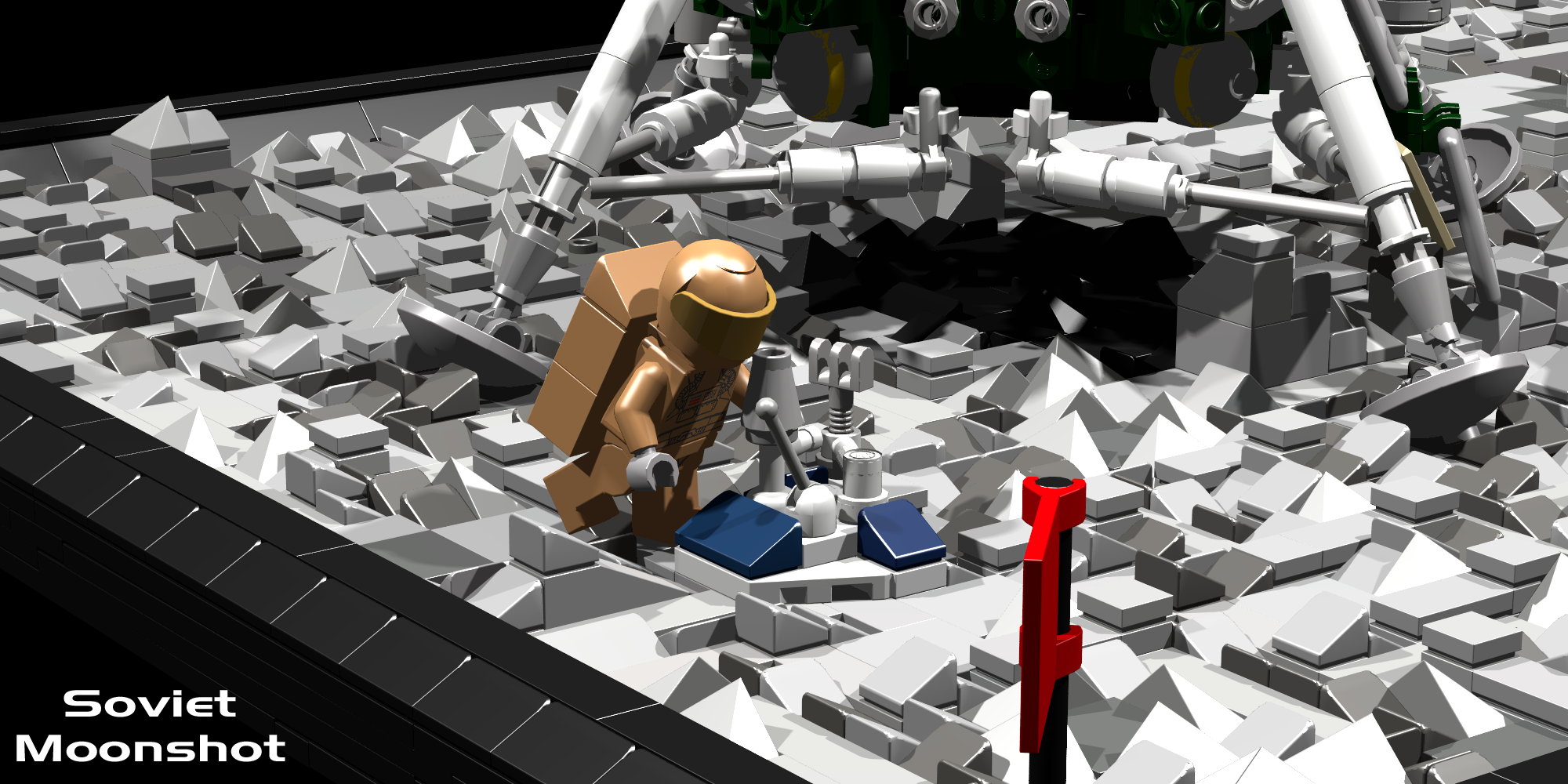 Leonov deploying the Scientific Instruments. To save weight all of the instruments were put into one package. Among the instruments was a particle detector to study the lunar atmosphere and a seismometer to document moonquakes. 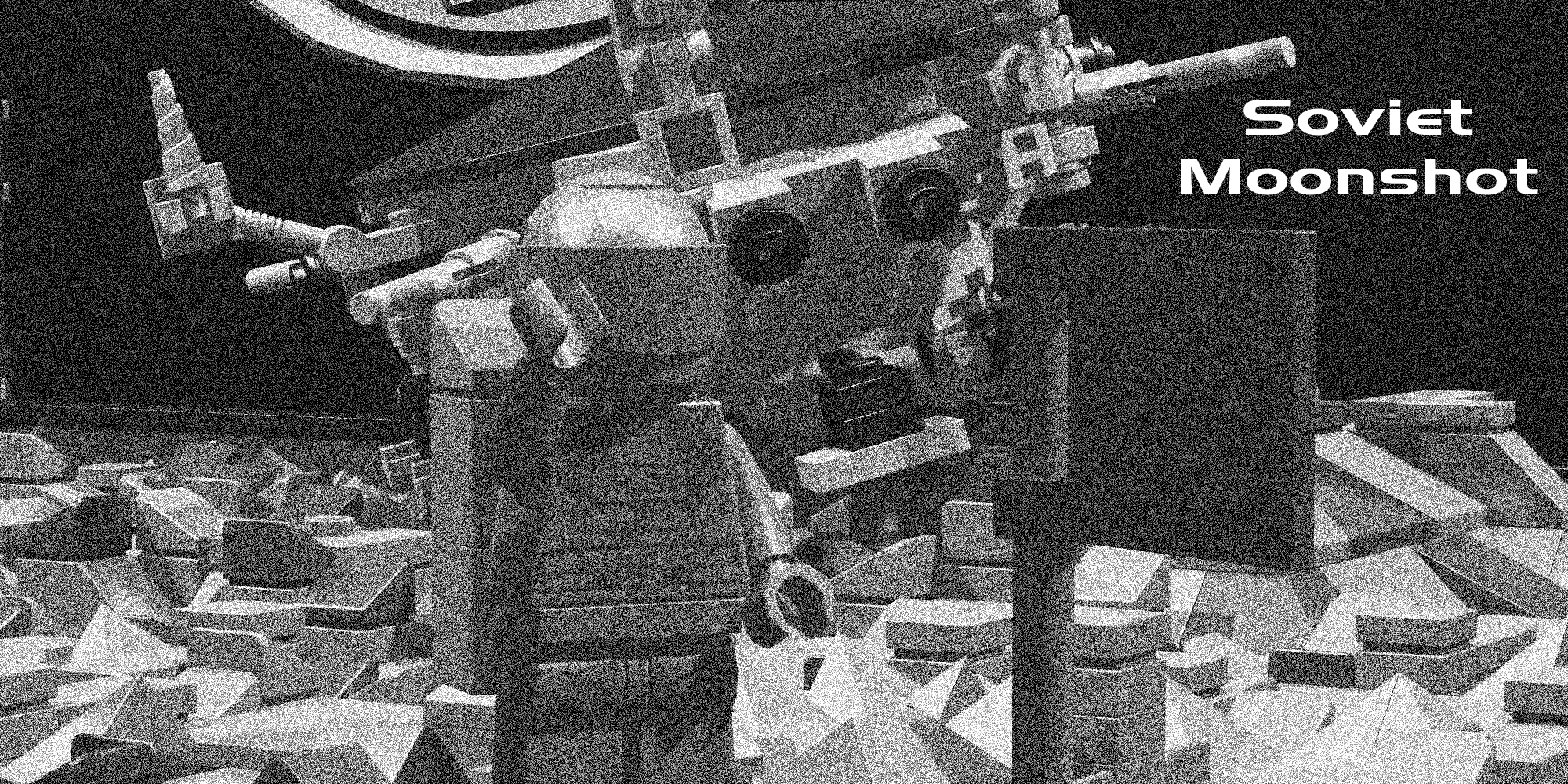 A TV camera view of Leonov saluting the Soviet flag with Lunokhod in the background. I originally planned to make several more renders, including interior views and ascent/descent sequences, but my POV-Ray converter mysteriously stopped working. If I can get it working again I'll post more views in the Updates.