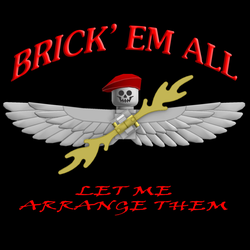 What's better than a nice picnic with your family?
A picnic in the family with barbecues obvious :)

I love the grilled especially if I have to cook, so I thought that even the Von Brown family has the same tastes, as originating in Bavaria.

Set includes:
- Picnic area (covered in case of sudden bad weather) with a table and two benches.
The roof is completely removable to facilitate the game.
- An area for barbecues where Marcus Dad can cook the best meat, the grill is charcoal, the lid can be closed and legs can be rotated in order to stow the grill in the trunk.
Obviously Mr Marcus believes in safety and when he cook has always ready a portable fire extinguisher to avoid sudden incipient fire in the meadows or woods.
- Mom Heidi deals with setting the table for her, her husband and 2 small twins Mattias and Sophia.

The set consists of 360 pieces including accessories and minifigures, is as easy to build but very playable.
The construction is deliberately simple right to be accessible to all age groups.
The perfect complement to every park, forest or plain of the City series garden city.