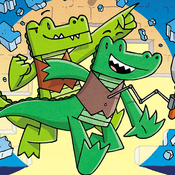 By JohnGreenArt
6 comments
The LEGO Star Wars Ultimate Collector Series sets have always been great. But at the same time they've mostly focused on the BIG starships, and I think it would be cool for them to do some of the smaller vehicles. They could of course do Luke's Landspeeder from A New Hope, but I think a cooler vehicle would be the Speeder Bikes from Return of the Jedi.

I made this set in LEGO Digital Designer awhile ago, and it was just under 300 pieces. I used dark gray because the pieces I needed weren't available in brown. I think with some of the newer official colors and pieces available (curved slopes, etc.) LEGO could make an awesome UCS Speeder Bike with nice greebly details that's a lot more accurate to the movie model than the minifig versions of the bike are able to get.

Plus the thing looks cool and with a stand would take up considerable less space when displayed on a desk or shelf compared to the recent large UCS sets like the B-Wing and latest X-Wing.

UPDATE: I re-colored the bike with brown pieces (a few dark gray are left, mostly in the cracks and underside, for added depth & detail.) And for anyone who's curious, the model is about 12" long (around 40 to 42 studs in length.)

UPDATE 6-11-13: I added a new POV RAY render of the model for the main image. Thanks brickmania4u for the suggestion. 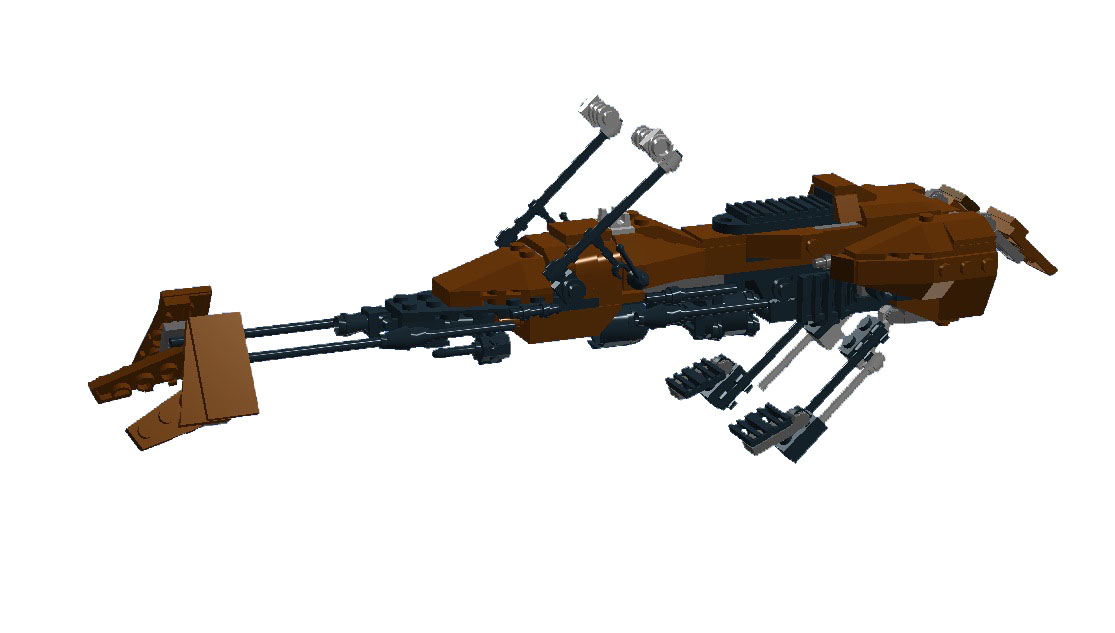 Shows the model from the top. 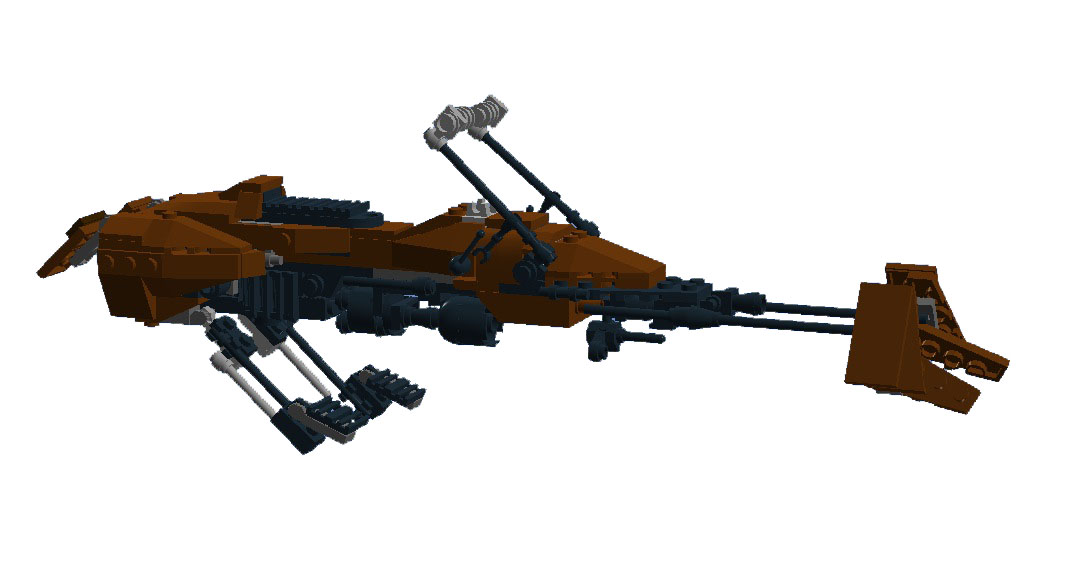 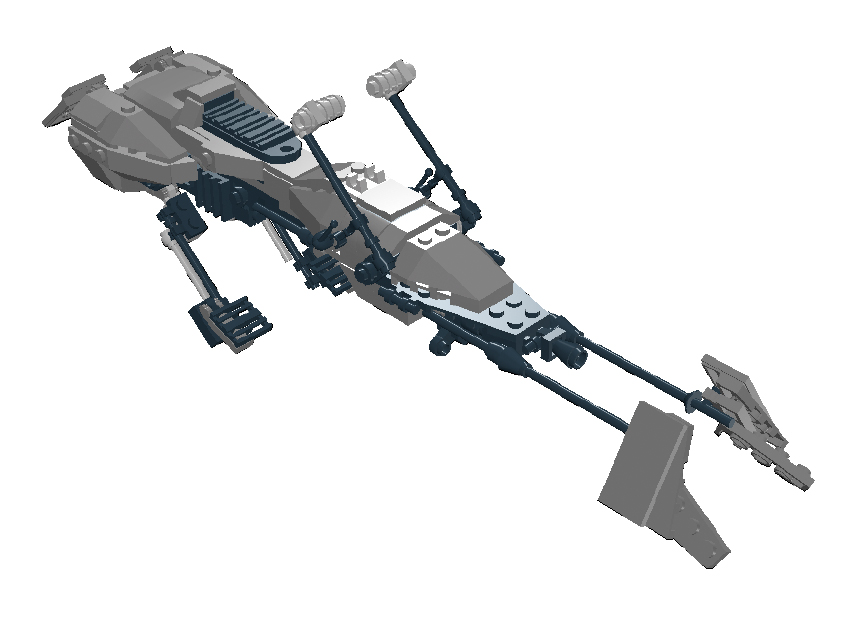 Original dark gray version (some of the pieces show up better on screen than in the brown version, so I kept one image up for clarity.)