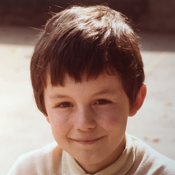 Johannesburg, the largest city in South Africa is the economic and financial heart of this country.
This metropolis of 9 million inhabitants is also the capital of the Gauteng province.
This model presents the most emblematic architectural ensembles of the city of Johannesburg.
From left to right you can admire :

Ponte City : Inaugurated in 1976, it is a brutalist skyscraper in the Hillbrow district of Johannesburg. At a height of 173 m, it is the tallest residential tower on the African continent. The tower is also the location of many anticipation and science fiction films.
Joburg Zoo : Founded in 1904, this zoo covers an area of 81 hectares. It is home to around 2,000
animals of 320 different species. The zoo is now known for its white lions.
The statue of Nelson Mandela : Sculpted by Kobus Hattingh and Jacob Maponyane. It is a 6 meter tall statue located in Sandton in the northern suburbs. The statue was unveiled on March 1, 2004 by Ndileka Mandela, granddaughter of Nelson Mandela.
Trust Bank Building : It was built in 1969 to a height of 140 metres. Is a skyscraper in the Central Business District of Johannesburg. The building is the former head office of Trust Bank of South Africa, and as such has one of the largest bank vaults in South Africa.
Carlton Center : Culminating at 223 m in height, it was the tallest skyscraper in Africa from 1973 (when it was inaugurated) to 2017. Its construction began in the late 1960s. It contains offices, a shopping center and an observation platform. It’s a great example of modern international architecture.
Anstey's Building : At a height of 77m, this building is a magnificent example of art deco style. The building was inaugurated in 1937. The building faced demolition in 1989 but was saved by the developer's architect who refused to apply for demolition.
Hillbrow Tower : This is a communications tower located in Hillbrow, in the Johannesburg
metropolitan area. Its height is 270 meters with its antenna, It constitutes one of the major landmarks of the urban landscape of the capital of Gauteng. The tower was officially inaugurated and put into service
in April 1971.
FNB Stadium : This very successful stadium is located in the Soweto district. It is the main sports arena of the South African Football Federation. For the 2010 World Cup, major renovations, which began in January 2007, brought its capacity to 94,700 seats and built a circular roof. It is one of the biggest stadiums in the world, and is considered to be the best stadium  on the African continent.
Johannesburg is the first city I have had the opportunity to visit outside of Europe.
It deserves to have its place in the LEGO range of architecture.
I hope it will bring you as much joy in watching it as I had while I was building it.