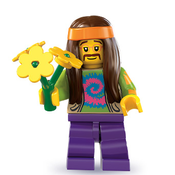 By EracerMikey
4 comments
Batman has a VW Van! Apparently he did, in the 70's a company call Mego created a VW Camper Van for Batman and called it the Mobile Bat Lab. I had seen it on a episode of American Pickers and thought "That would be cool to do in Lego."

A few people have done very good versions of a minifig scale VW Camper Van, I wanted to do my version of a VW with a twist! 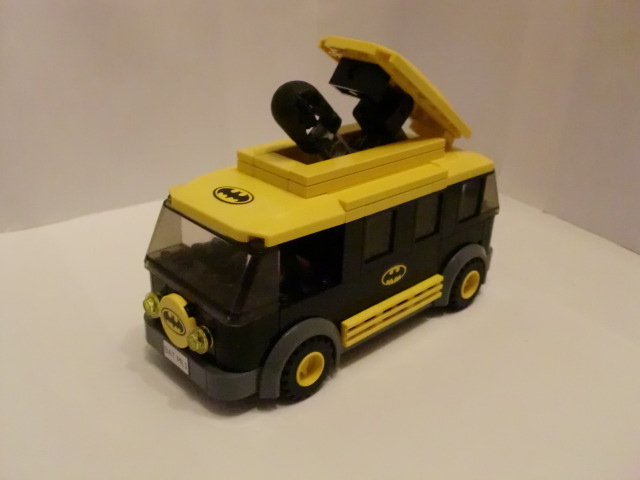 Lifting the roof causes cannon to rise, it activates when you pull back on the roof.

It's hard to express how many hours I poured over getting this to work. It looks so simple now it's finished, I really wanted to use the roof wedge pieces at either end which meant the cannon has to rise at a steep rake. It's not very often that I create something where I haven't had to compromise on some elements of the design, but with this I didn't, it was just how I'd imagined it to be. 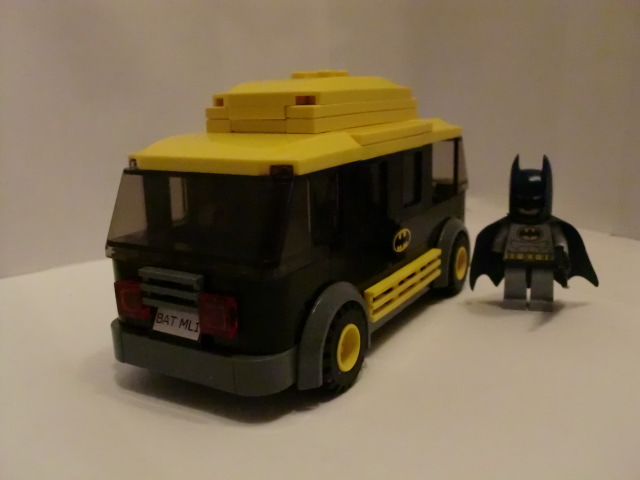 The van is pretty symetrical, if this was to be a production model, I'd like lego to make the windshield element in black, or create a decal that blacks out the sides. 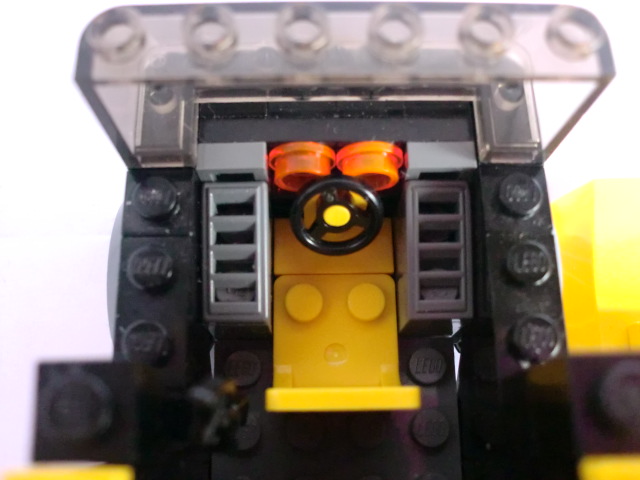 The cab houses the minfigure, with the batman minfigure having ears on the headgear it does make for a snug fit, but it does fit in.

Although the picture doesn't show it well there is a clip on the post behind the seat(left) that holds a batarang. 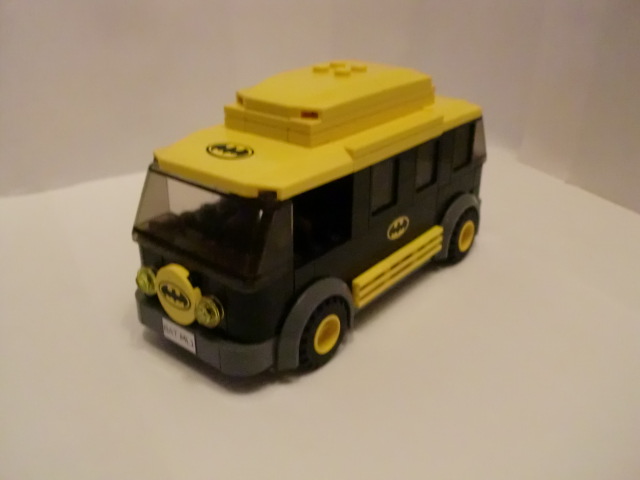 I think in terms of a set, I think this could be paired with the Joker's Hotrod I made a while ago. If there is a lot of interest I may create a project with them both together.