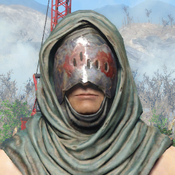 since I had so much fun creating my other skyline project, I had to do this one.
I live right next to munich in a small town and the area of munich was the first in my life were I ever felt like being at home. I moved a lot in my childhood and this was my first "home" and I hope that I will stay here forever.

So I created this Lego Skyline as a 'thank you!' to munich and all the great expierences, friends and locations. And the locations are the ones which I can represent with a lego set.

Munich is a worldwide well known city, colorful, open hearted and much more.
Even if you just recognize munich because of it's Octoberfest, you definitly have heard of this city. So I think this definitly deserves its own lego skyline.

Of course Munich has alot of buildings. But regarding to the guidelines and recognition of the buildings I had to make some decisions which you can see below.

The buildings from left to the right are:
• The BMW Headquarter [As an example of modern architecture and of course the HQ of a brand which is well known for its excellent cars]
• Chinese Tower (Chinesischer Turm) [Has the purpose as an observation platform for the english garden in munich - sadly got destroyed in WWII but got rebuild in the 50s]
• Olympic Tower (Olympiaturm) [Famous attraction because of its revolving restaurant and it very fast lifts with 4m/s and 7m/s, also there is the Olympiapark direct next to it]
• The New Town Hall (Neues Rathaus) [A famous town hall recognized world wide for its Glockenspiel at 11am, 12pm and 5pm]
• Bavaria statue and the Hall of Fame (Bavaria mit Ruhmeshalle) [A historical masterpiece of architecture and huge tourist magnet next to the Theresienwiese were the Octoberfest is located every year]

I hope that this version can find some supporters, the BMW HQ looks marvelous and adds a more modern look to my skyline than the more traditional one which I uploaded first. So if you love munich, bavaria or just want to visit it one day, please give me your vote and support this project and share it on social media! (: