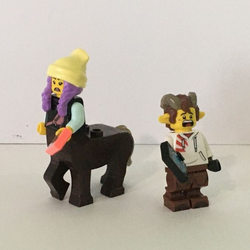 NoahLego94
6
This potentioal set is based off the old 2001 Lego.com flash game "Junkbot" which is about a trash-robot who can only get to the can he consumes from if the player helps him by sing bricks to get him there in every level. As for this set, just like the online game, you must build bridges and ladders for Junkbot to use in order to avoid the gears and reach the goal of eating the trash.
The goal of this set is a throwback for the older generation of people who grew up in the late 90s/early 2000s, along with introducing the character to a new general of children and fans.
Set includes three mini-figures (Junkbot and the two gears) and a ton of bricks to use for whatever creative way the player decides to get the protagonist from A to Z.
6