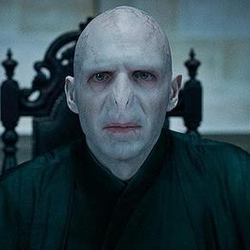 What is the set proposal?

This is a set for James Cameron's blockbuster film, Avatar from 2009 and will be recieving three more films in the future. This set proposal is based on his first film in the franchise and the amazing breath-taking amusement park in Disney World. This is my representation of the movie in LEGO micro-scale form.

What's in the set proposal?

The set proposal includes three Na'vi(Jake Sully, Neytiri, and Tsu'tey), Colonel Miles Quaritch(microfigure), one Mountain banshee, two Direhorses, two Woodsprites, one Sturmbeest, three Fan lizards,  one Hammerhead Titanothere, one Thanator, one Prolemuris, five ViperWolves, one Great Leonopteryx, one Hexapede, one Stingbat, one Scorpion Gunship, and one AMP suit. The display itself boasts tons of colorful foliage, a tree inhabited by the Na'vi, The Tree of Souls, four "floating" Hallelujah Mountains, a display plaque in front of the model, and a waterfall flowing from the main mountain with a pool beneath. Both the village tree and The Tree of Souls can be removed for more access and play.

Why should this set proposal become an official LEGO set?

LEGO always makes great movies into sets, as long as they're appropriate. And, considering that Avatar was one of the highest grossing films of all time, there's no excuse for why there is no sets based on the amazing film. So don't wait, support now before it's too late and you regret it. You won't regret supporting this project, because it will make my day, and you will walk away knowing you just supported the next best idea. This proposal has so much potential. Right now, this is the time to start Avatar sets. Why though? Because if this idea becomes a real set there's really no limit to what sets can be made.