By d-i-k
6 comments
From Wikipedia.org:
"The Adler (German for "Eagle") was the first locomotive that was successfully used commercially for the rail transport of passengers and goods in Germany. The railway vehicle was designed and built in 1835 by the British railway pioneers George and Robert Stephenson in the English town of Newcastle. It was delivered to the Bavarian Ludwig Railway (Bayerische Ludwigsbahn) for service between Nuremberg and Fürth. It ran officially for the first time there on 7 December 1835." 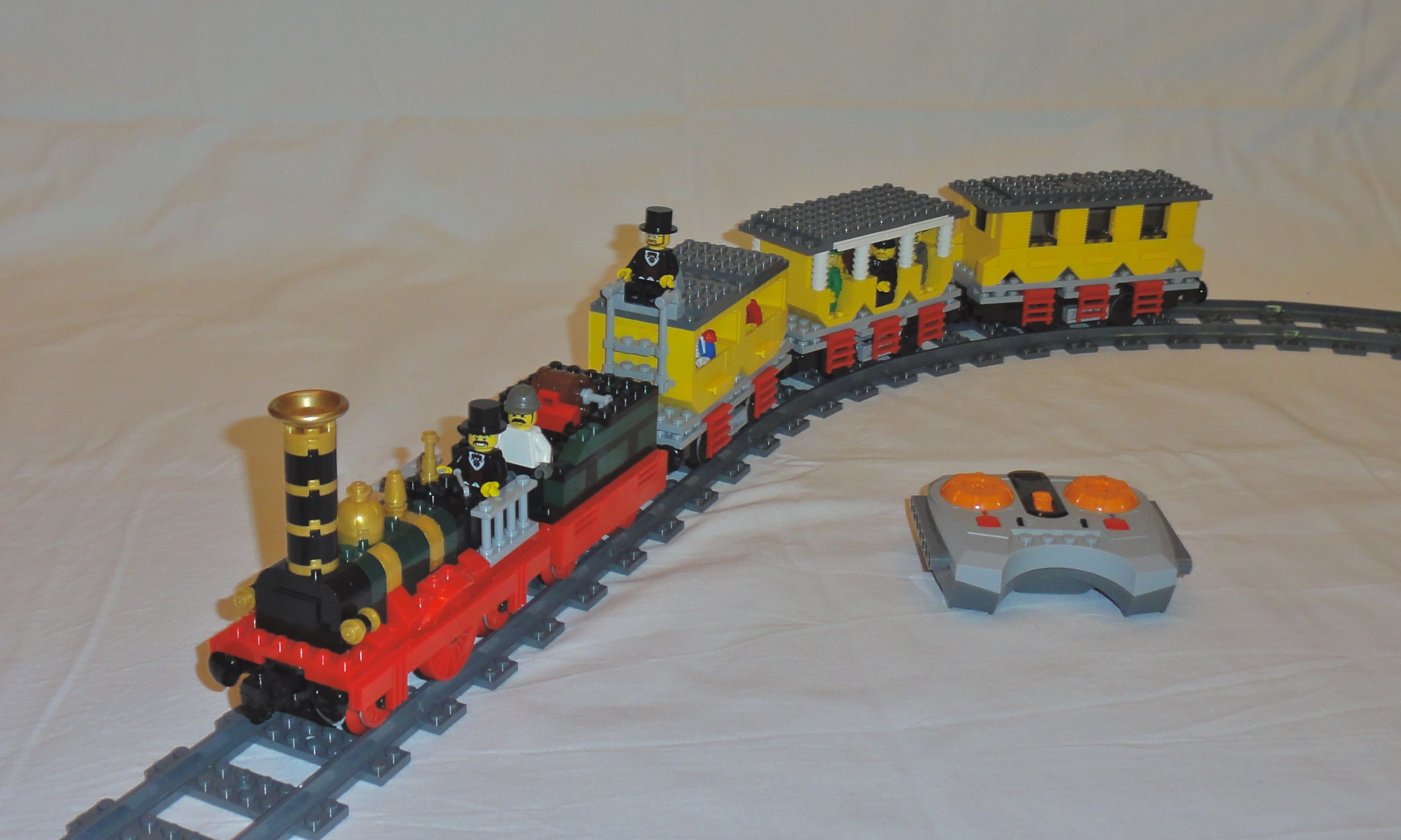 LEGO Train Power Functions (train motor, battery box and IR receiver) are all built in the last wagon, locomotive and tender are unfortunately too small too keep it. I tried to keep proportions of my LEGO model similar to the original. Un 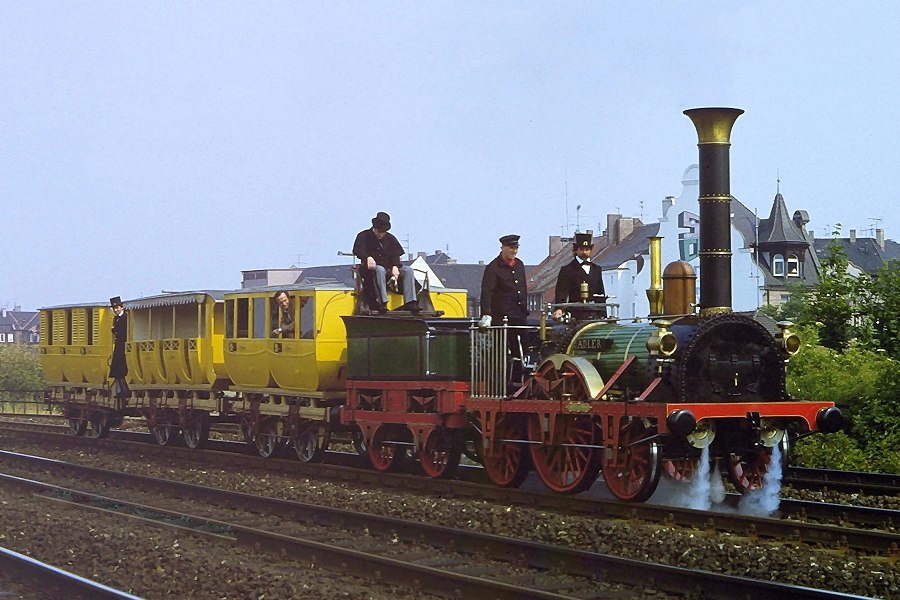 Color of the locomotive is dark green.