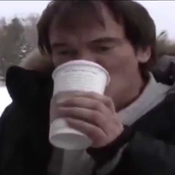 By Horace94
24 comments
Since Budapest is (in my opinion) one of the most beautiful and unique cities of Europe, I found it fitting to make an Architecture Skyline project on it. I gave it a shot and my final product consists of 387 pieces which are used to represent 11 landmarks of this city.
Starting from the right (Buda) side of the river, you can see Clark Ádám Square which, apart from a roundabout, hosts many sights:
As you continue your journey across the Danube river, you can see the Statue of Liberty on top of Gellért Hill in the background, as well as the Freedom and Elisabeth Bridge, both complete with their iconic public transport vehicles, a yellow tram and a blue bus.
Arriving at the Pest side of the city, you can see Széchenyi Square and with it, its name giver's statue as well as another tram on the shore of the Danube.
On the left side of the skyline, I built a small version of Kossuth Lajos Square, where the iconic Parliament Building stands, along with a flagpole and a Subway (though we call it Metro) station. The red bone piece is used to represent the red 'M' sign of the entrance to the sometimes seemingly endless escalators that take you down to Metro Line 2's red and white station. And what a timing, it seems like the train is in the station right now!
I found it essential to include at least one of Budapest's four metro lines, especially because the first one was installed in 1896, as the first subway line of the whole European Continent.
This concludes my tour of Budapest, thanks in advance to everybody who supports this project. Comments, feedback and suggestions are more than welcome!
-Adam