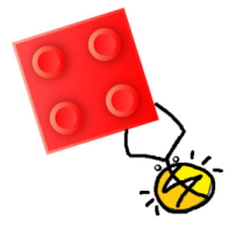 I'm a big fan of Lego's Fantasy Era series. Since the series have been ended, I start to MOC other creatures to join the fantasy universe. Hope one day the series can revive and restart again.

Giffin is Crown Knights' mount, and is one of the strongest flying creatures.

I've been tried to MOC griffin about five years ago, and this is my third version. Owing to the release of the Chima's new wings parts and Bionicle armours parts , I finally figure out how to MOC the griffin right.

The wings and limbs are all mobilizable, thus griffin can perform many postures.