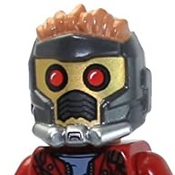 This is my scale model of the BC304 "Daedalus" class battlecruiser from Stargate Atlantis. It also includes two F302 space fighter-interceptors, a pair of Stargates from the Pegasus and Milky Way galaxies, and the iconic SGA and SG-1 teams in minifigure form.
I am a huge Stargate fan and wanted to build my favourite ship from the series, with as much accuracy and detail as I could manage in Lego form to create a worthy display model with a challenging build experience. The model has a complex structure and uses advanced building techniques to ensure detail is on show from every angle.
Parts: 2666
Ship dimensions: 46Lx28Wx9H cm (25H with display stand and fighters)
Stargate dimensions: 12x12x6cm
Ship Info
In the Stargate TV series, the BC304 "Daedalus" class battlecruiser is a deep space carrier designed by the United States, operated in coordination with Stargate Command. Unlike its predecessor, the BC303 Prometheus, the Daedalus class was designed around the inclusion of alien technology, particularly those gifted to Earth by the Asgard in return for their assistance in the war against the Replicators, including shields, sensors, communication systems, transport beaming, and intergalactic hyperdrive technology.
Upon completion of the first Daedalus, it was immediately dispatched to the Pegasus galaxy to support the Atlantis expedition in the war against the Wraith, and served as the primary transport method between the Milky Way and Pegasus galaxies. A further five BC304 vessels were constructed and were critically important in protecting humanity from a number of existential threats.
The BC304 is manned by a crew of 200 people. It can carry up to 16 F302 fighter-interceptors in its two hangar bays, and is armed with railgun emplacements and missile launchers. They were also later retrofitted with Asgard plasma beam weapons.
Features
This scale display model includes:
Minifigures
The Pegasus & Milky Way Stargates act as display stands for the minifigures: