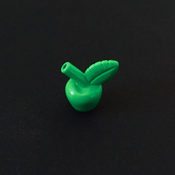 I am new in this site and this is my first lego car creation. I am a big Lego fan and Honda/Acura car enthusiast and the Honda/Acura NSX is my dream car, but the real thing is expensive so I decided to build one on my own from lego. Now it only needs a garage! :)

Model is build of most parts borrowed from Lego creator Ferrari F40, Honda NSX represents Japanese car culture it was first super car from Japan that competed in same class as Ferrari and Lamborghini, it was first super car that you could use for everyday use (was practical and reliable). Production of first generation NSX started in 1990 and last until 2005. Legendary Ayrton Senna was a driver that helped for Honda to develop this amazing machine.

I would really like to see this car be build by Lego designer and experts, (like Ferrari F40 is really nice model) of course NSX Type-R  white or black color would look even better, but I didn't had needed bricks in those colors. Red is very standard color but it is better than nothing.   So now I am interested in others opinion, what do you guys think of my creation? More pictures in Flickr.com (  https://flic.kr/p/NRf3y9 )