By DagsBricks
1 comment
2012 marks the 30th anniversary of the release of Steven Spielberg's E.T.: The Extra Terrestrial. I would like to honor the movie's timelessness by creating it in LEGO.

I created a brick built version of E.T. in real life and Sketchup (as seen). Given the various molds used in Star Wars, I would prefer to see an exclusive molded minifig of the alien.

The movie lends itself to several set ideas:

- Elliot's bedroom with Elliot, Gertie, E.T., and various items such as a Speak and Spell, dead potted plant, and of course stuffed animals from the closet.

- Street scene with a couple of police cars and three or four kids on bikes. Must include some clear "pod racer" bars to elevate them in the air.

- Quarantine site with a white E.T. figure and government van.

- A forest scene with the communications device and space ship.

According to just about every poll it as been one of the top movies of all time. Do Cuusoo users feel the same way? 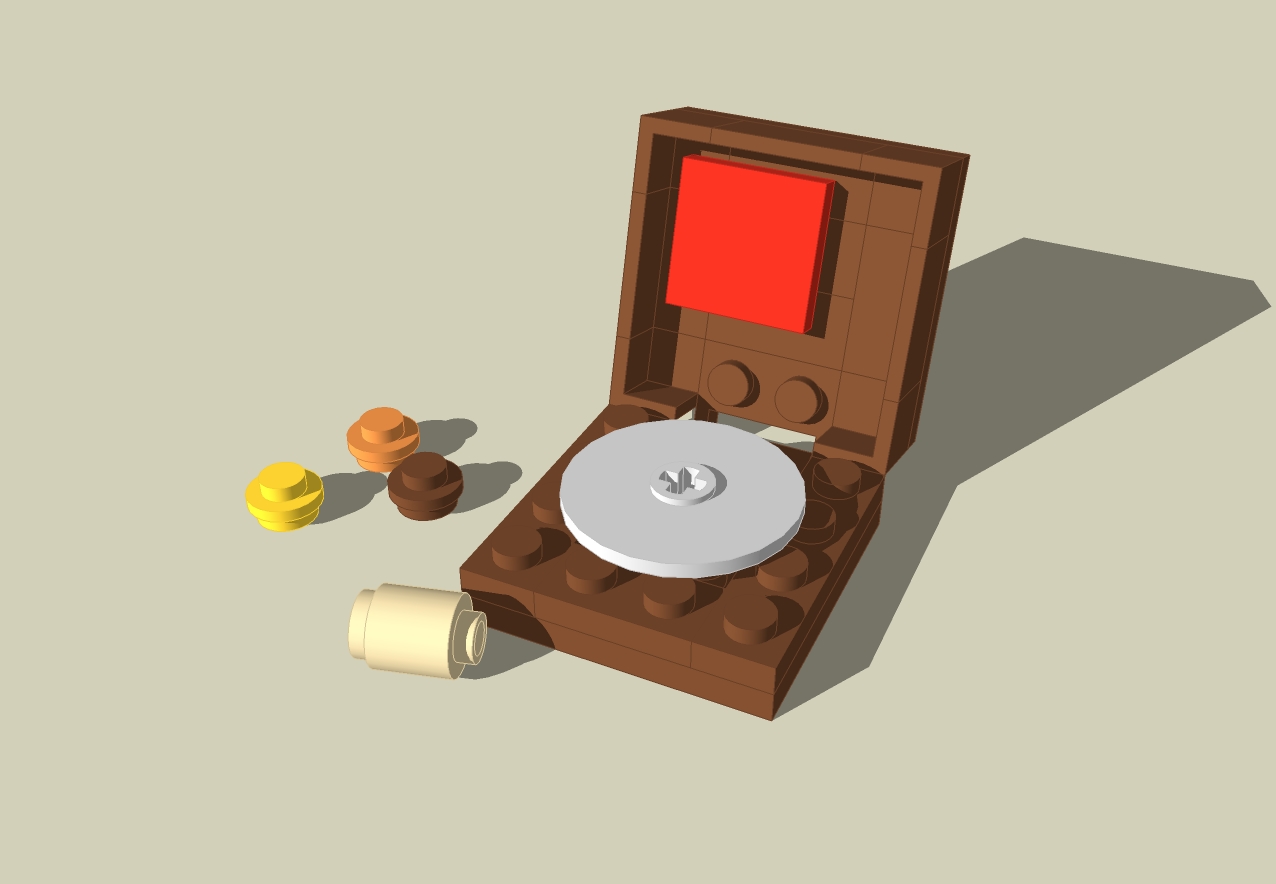 E.T.'s telecom device built out of a portable record player, saw blade, Speak and Spell and a tin can. A few Reese's pieces are lying about. Add some strings in new colors (red, blue, yellow) and the creatures just might come visit you! 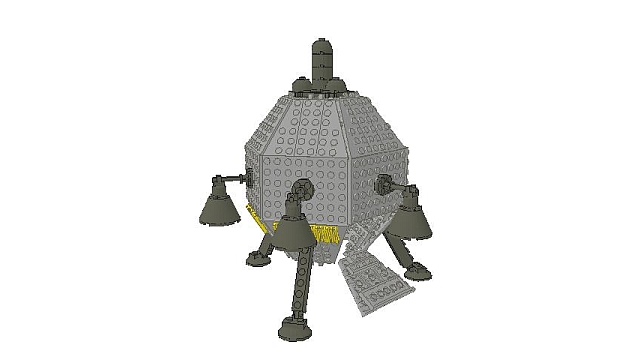 Getting the egg shape of E.T.'s spaceship just right is impossible. Instead I boiled it down to a hexagon. Inspiration came from Spongebob's pineapple.