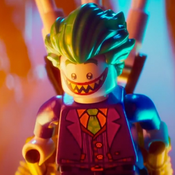 Far from the kingdom of Hyrule lies a strange, similar world: Termina. This place, however, is being tormented by the Skullkid who is in possession of Majora's Mask. If Link cannot aquire the mask in time, Termina will be crushed by the ominous moon lurking above, and the mask may never be seen again.

This project is a collector's display of the world of Termina, from The Legend of Zelda: Majora's Mask. This display includes several of the iconic locations discovered throughout the game, and many of the characters encountered. This was made with 1215 pieces (including figures) and has 8 minifigures. The characters included (picture 2), some of which are not minifigures, are: Link, the Skullkid, the Happy Mask salesman, the Banker, Romani, Cremia, Pamela, Pamela's Father, and Tatl and Tael. The locations will be described in detail below.

I know this project has a lot of new prints (which can be substituted for stickers), but I figured if I propose a Zelda set, I might as well go big. Thank you for supporting and please, share with any communities you feel would enjoy this idea.