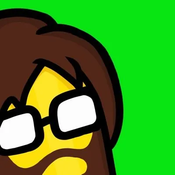 Wreck-It Ralph is at it again, smashing up the poor Nicelanders' Apartment! Fortunately, they know who they can count on in their time of need... Fix-it Felix! With his magic golden hammer, Felix can undo even the worst damage Ralph can dish out. So insert a coin and save the apartment, and who knows? You may end up with a nice, shiny medal in the end!

I think this would make a great LEGO product, as Wreck-it Ralph is quite a popular Disney movie (with a sequel on the way), and this building is iconic of the film. My hope is that this set would appeal to both children and adults, due to the wide appeal of the movie itself, and that the set would be both fun to play with and a great display piece in any collection.

So, can Felix fix the building? Or is it Ralph's turn to get a medal? The decision is up to you!

Please support and share this project with others if you want to see LEGO Wreck-it Ralph become a reality! Keep coming back to this project too, as updates are most likely to come in the future.

Also be sure to check out my project based on The Flintstones.