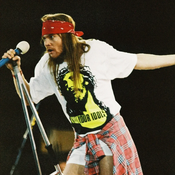 By Rusty26
20 comments
Jimi Hendrix is one of the most influential guitarists of the 20th century, he redefined the definition of rock and changed the way we play the electric guitar. This build features his white guitar attached to his torso by a 1x1 modified brick to give the impression that he is playing the guitar instead of just holding it.
The hair was the hardest part to design, on the corners of the head it was hard to make rounded curly impressions with the available pieces, despite this I hope you like and support this build.
Thanks :)