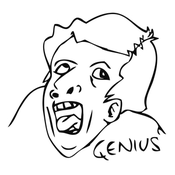 This is een arabian-style watchtower, built on a large rock so as to stand higher than the surrounding desert. It is not built after a specific tower, though it has some typical arabian/islamic features such as the octagonal lookout with the small dome on top of the tower and despite the use of some arches, an overall sober building style.

I made this tower inspired by the stories from Aladin (not the Disney-version), Ali Baba and Sinbad which I read as a young boy. I also like the architecture and culture from the north-African and arabian region and have been on several trips to Turkey and Egypt.

I think this tower is a great idea for a stand-alone product and will appeal to teenagers and adults who also like the desert-theme building and architecture.

I hope you like the watchtower and be one of the 9999 supporters! Thanks!

PS: English is not my native language so I apologize for any spelling mistakes :)