By whatsuptoday
2 comments
An imaginary ship of Avatar 2

Here is the successor of the ship Samson in the movie Avatar, the Spider AT4WP (All terrain quad whell-propellers) that could be used as a means of transportation and for recognition in future movie: Avatar 2.
The film will be the second in a planned trilogy, continued with Avatar 3, with which it will be shot back-to-back.
The film will be set around the oceans of Pandora, and will attempt to tackle environmental issues associated with them, but producer Jon Landau has stated that the oceans will be featured, but will not be the only focus of the film: “Water will be a part of the movie, but it won’t be all of the movie … There’s been a lot of rumours that it’s an underwater movie – it’s not. Just like the Floating Mountains, and the Na’vi’s interaction with the mountains, were a part of Avatar, it’ll be the same type of thing.
Therefore, this ship will be able to evolve both in the air, on the ground and in the ocean of Pandora. This is possible Due to its four orientable wheel-propellers.
In vehicle position, the wheel axles are clipped on the skates of the ship for high rigidity ...
This ship is an assembly of 865 Lego bricks, its dimentions are:
- 40 studs (32 centimeters) wide
- 31 studs (24.75 centimeters) long
- 9 studs (7.25 centimeters) high 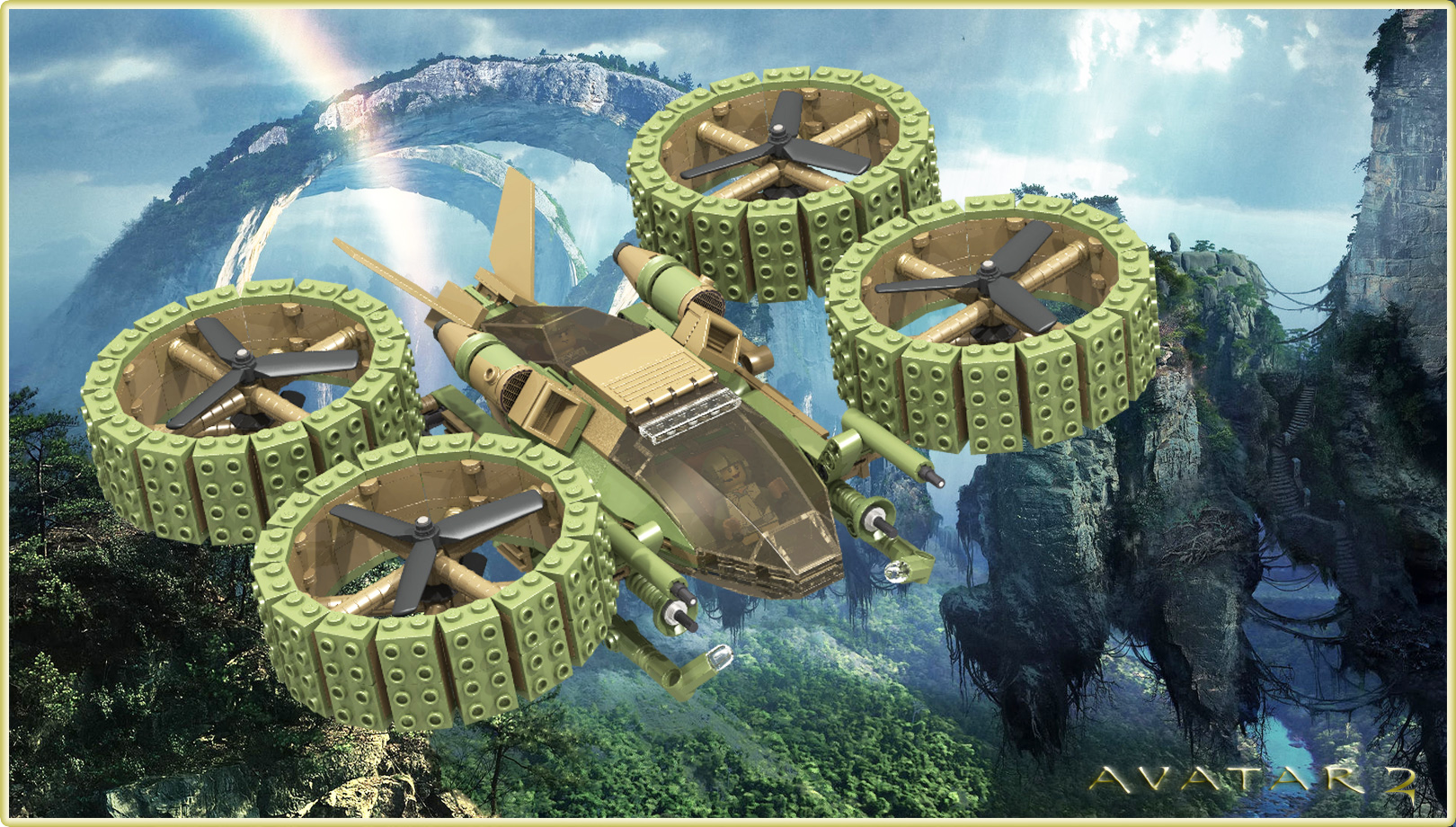 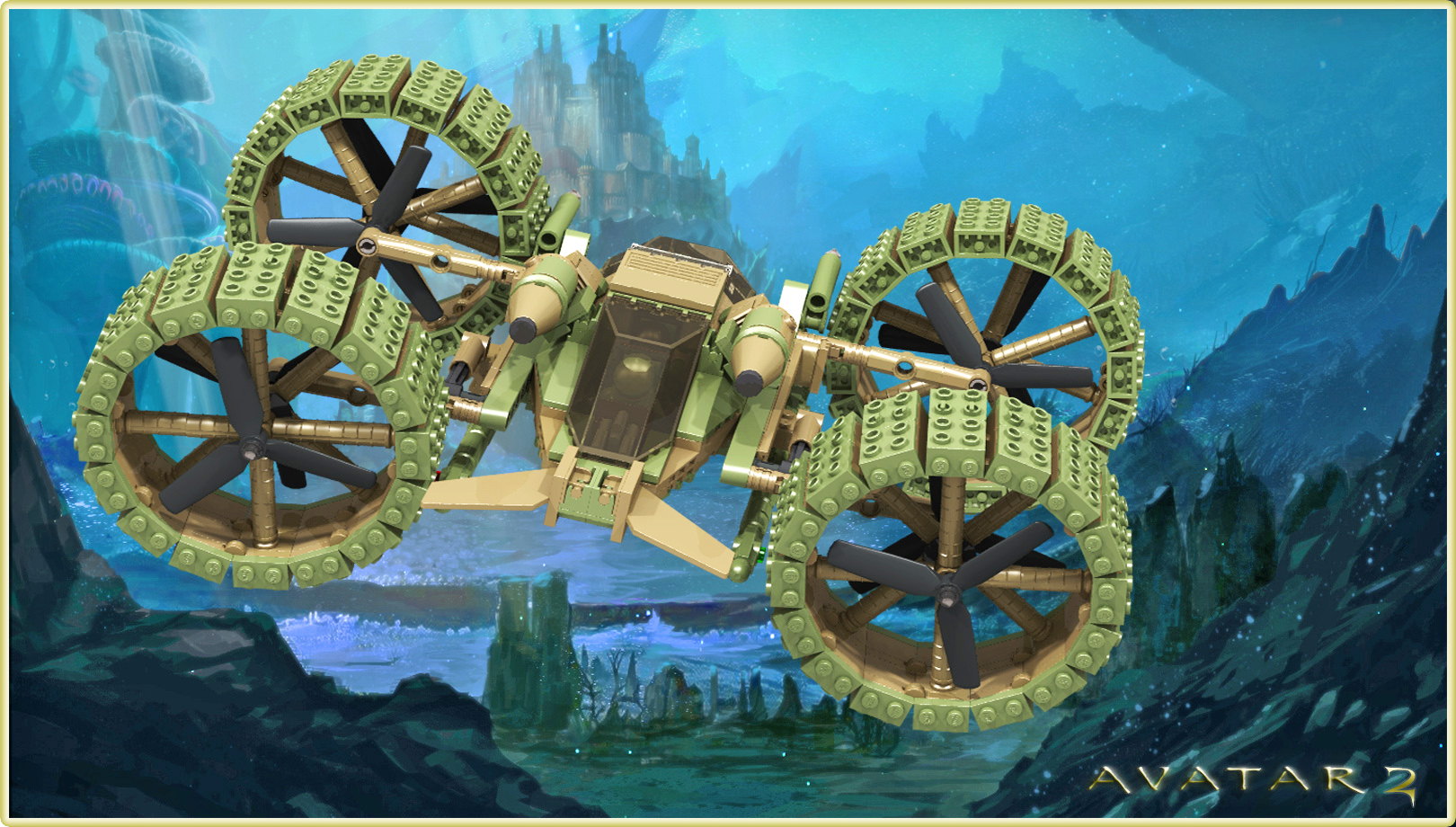 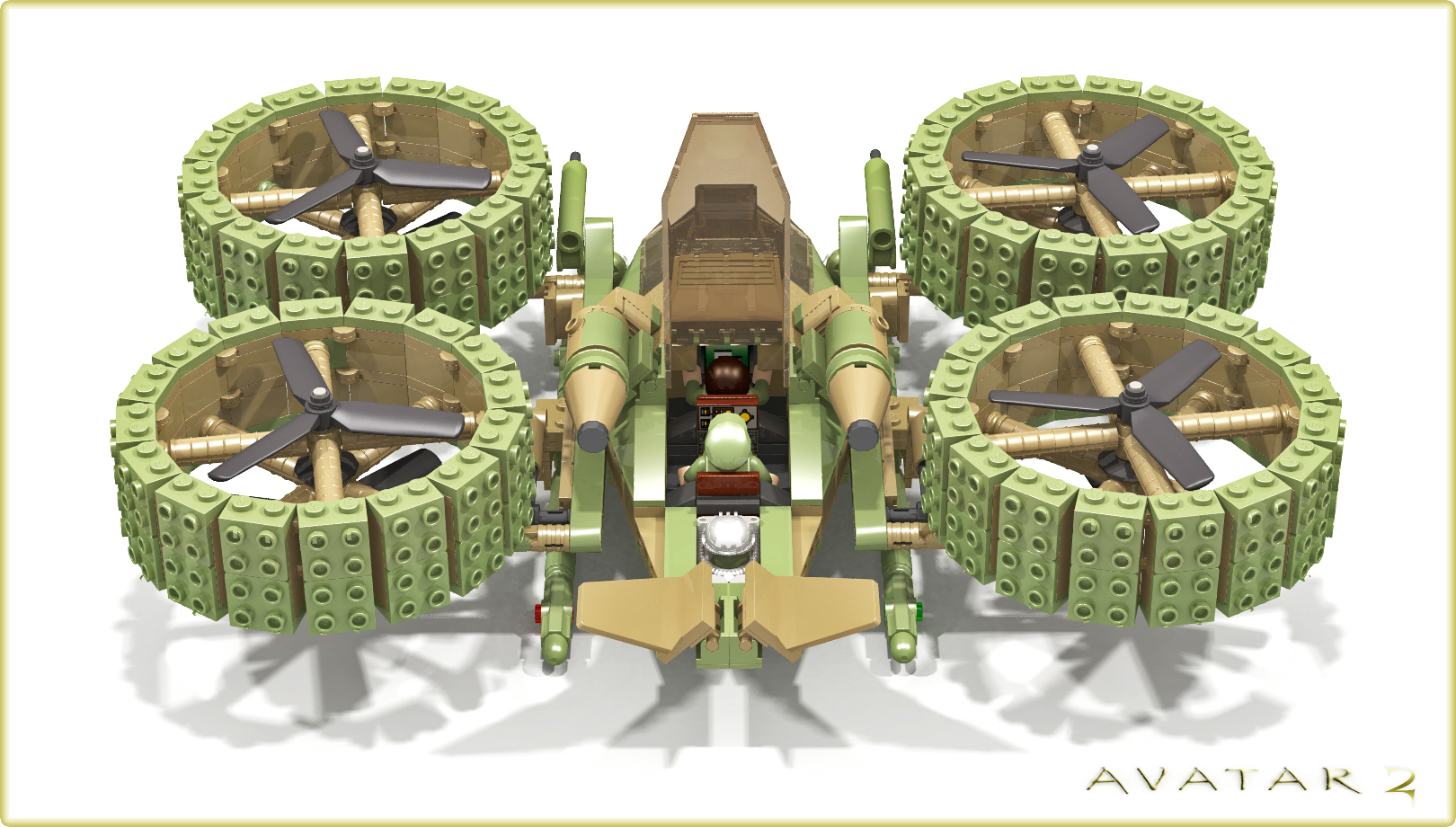 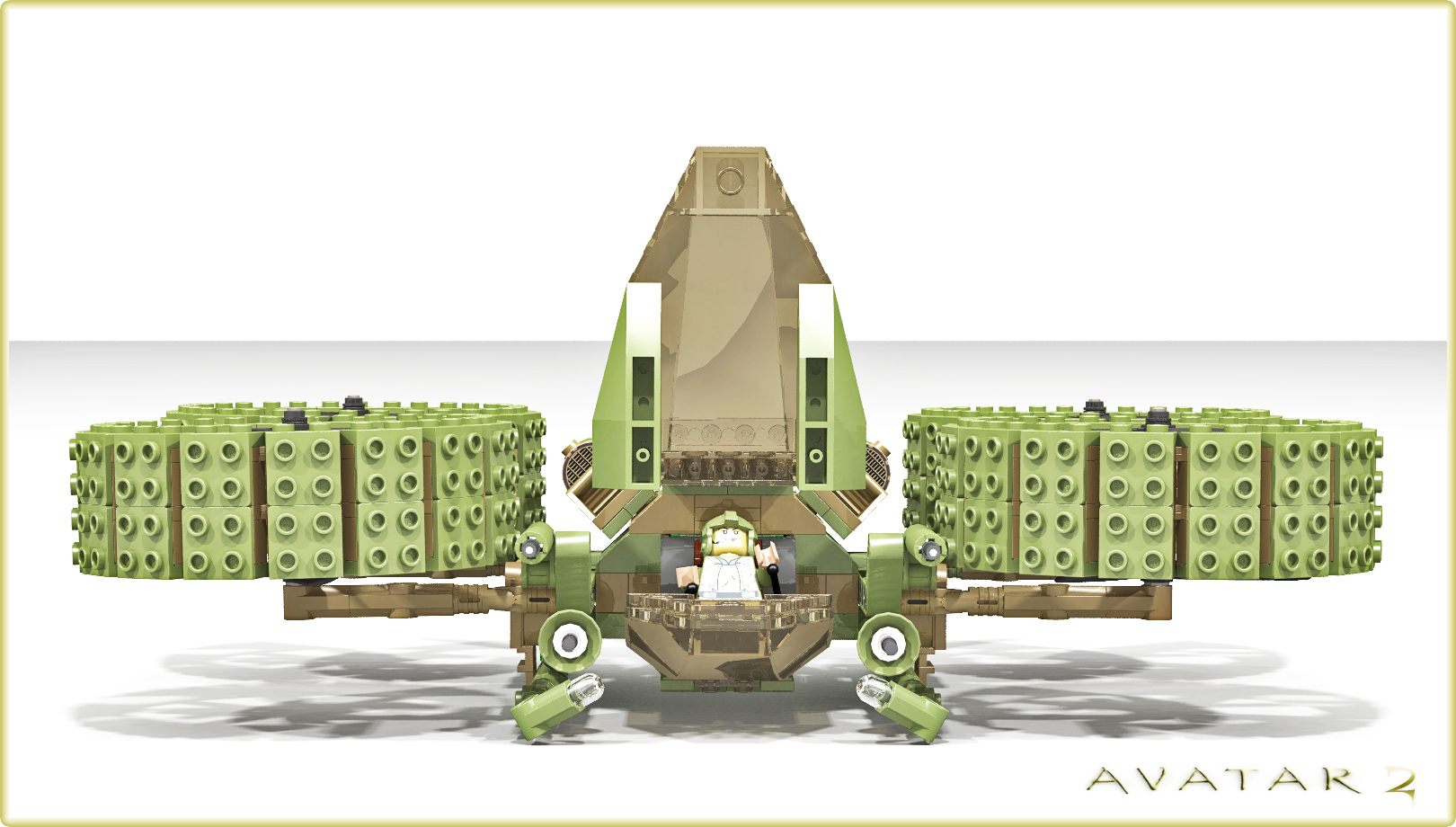