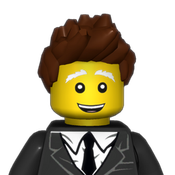 This idea represents some of the main buildings and signs of identity of the city of Seville (Spain).

Creating a single model that represents a city like Seville is very complicated, because of the great variety of buildings and monuments that exist, so the decision on what to include or not has been very hard.
In this model in addition to the buildings, I have included the Guadalquivir River, which, through the Triana Bridge, gives access to the neighbourhood of the same name.
The idea that I wanted to transmit is based on the fact that being a city with such a rich history, welcoming and visually fascinating, it is also modern and with its eyes set on a future that integrates the past and the present surprisingly.
This model includes:
South tower of “Plaza de España”.
Icon of Seville, Spain Pavilion of the 1928 Ibero-American exhibition. This tower and its twin are located on both sides of the square and with a height of 74 m delimit a space recognized by all visitors to the city, which has also served as a stage in several films such as Star Wars "Attack of the Clones".
Giralda.
The universal symbol of Seville, an internationally recognized monument. Former minaret of the mosque in Arabian times s. XII, the Giralda is the bell tower of the Cathedral of Seville of "Santa María de la Sede" with a height of 104 meters to the Giraldillo (a bronze sculpture that crowns the tower). The Cathedral of Seville is a World Heritage Site, and the largest Gothic cathedral built in the world.
Torre del Oro.
A defensive tower that was part of a larger fortification. Located on the left bank of the Guadalquivir River, it dates from 1221 and is 36 metres high. Its name possibly comes from the golden glow that was reflected on the river.
Guadalquivir River.
The Guadalquivir is one of the main waterways of southern Europe. It is one of the largest rivers in Spain with 657 km and crosses Andalusia from east to west. It flows into the Atlantic Ocean in a wide estuary. Seville would not be Seville without the Guadalquivir.
Triana Bridge.
The Isabel II bridge, popularly known as the Triana bridge, links the city centre with the Triana district, crossing the Guadalquivir River. It replaced in the 19th century an old bridge of boats that existed in its place, constituting the oldest preserved iron bridge in Spain. Its construction was completed in 1852, under the reign of Isabel II, which is why it was given that name.
Triana neighbourhood.
Triana is one of the most recognized areas of Seville. Located next to the Guadalquivir River and separated from the centre by the Triana Bridge, it is one of the most colourful neighbourhoods of the city, and a great place to eat well, have drinks and enjoy flamenco.
Expo'92.
The 1992 Seville Universal Exhibition was held under the slogan "The Age of Discovery" and at its end a series of permanent infrastructures and pavilions were left behind which have become part of the most modern Seville, becoming the Cartuja Technology and Science Park. This model includes a small representation of one of the central squares which show elements in the form of chimneys like those found in the old Cartuja of Seville.
Torre Sevilla:
Until its construction, the highest building in the city was the Giralda, and is one of the exponents of this new Seville. At 180m, it is the tallest building in Andalusia and forms part of a business, commercial and cultural space that stands out in the city's skyline.
I think it is very important that Lego Architecture has some representation of one of the countries with the largest number of World Heritage monuments, and Seville is one of those magic cities that cannot be visited only once.
Most of these buildings deserve a model of Lego Architecture by themselves, so I hope you like the composition.