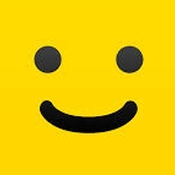 I've been meaning for a while to post an image of some of the printed elements that feature in the build.  They were printed for me by a company in the UK called Fab Bricks.  When I design new sets my intention is always to keep them as kits. To last the test of time printing is best, as stickers can peel away and get damaged.  As with real Lego sets printed elements look much more professional.  I know some may not want to spend the money, but like with retail sets printed elements can aid in narrative and story telling.  I felt it was important for this build.  The 2015 corner stone obviously shows the year in which I completed the build.  However the idea was born out of the fact that the curved brick I wanted to create the corner was not available in the medium stone grey.  I enjoy it when ideas are born out of obstacles in the design process.  The blue print was something I always wanted to feature.  I found and edited an image online. I like the humour of minifigures using Lego to build.  The telephone dial pad is inside the site office and has not been seen in any previous images. The Brick Lane graphic is lifted as I'm sure you can tell from London street signs.  I didn't want to label the building with it's own theme & potentially overshadow the sets main theme which of course is construction, so I thought this was a neutral way of creating some signage for the building in order that the facade not appear too bland.  As always THANK YOU for all the support.  I'm so happy and lucky to have reached this 7000+ milestone.  I'm planning some more updates to show the inner framework of the building and more details hidden under the surface. 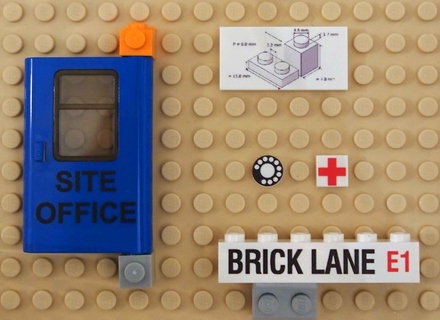 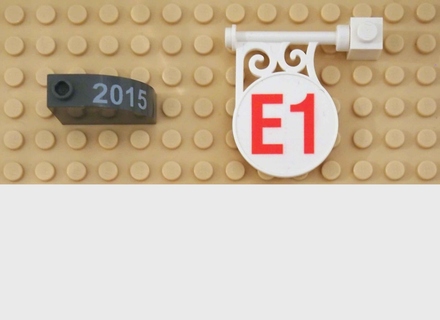 I guess I've always been an Afol.  Brickset helped me turn a love of Lego into a hobby.  I can't believe there is a picture of my MOC on Brickset!!

Since designing & building my second modular I've always been interested in 'access for play' - Hinges, removable floors etc.  The Modular series of buildings introduced us to the idea of removing each floor to allow access inside the buildings for play.  The recent 'Simpsons' sets feature the ability to hinge open the builds.  Why not both?  For this, my third MOC Modular, as well as the 'Cafe Corner Compatibility' of the set, I've designed the Construction Site so that when the top floor is lifted off to reveal the mezzanine level the main building will hinge open for play.  I realise this may not be clear from the original photos.  I thought it might be fun to use an image from the LDD plans to illustrate the section of the building that hinges open. 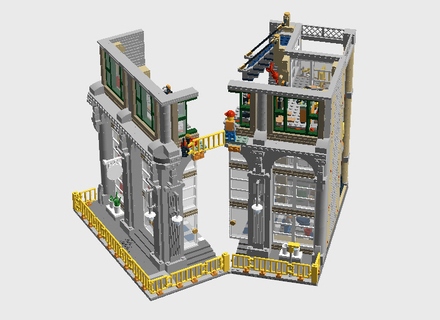 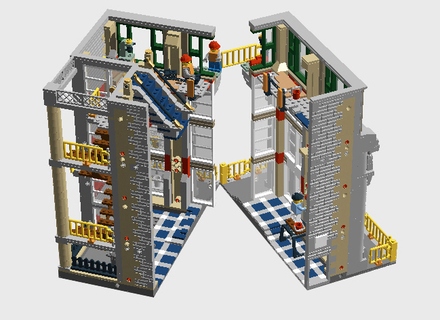 I wanted to show any who are interested how the model looks when combined with other modulars.  The construction site was the first of my builds I felt confident enough to post on Lego Ideas.  A lot of it's design was informed by assessing the strengths and weaknesses of my other models. Theme, Playability, Story, Colour, Build quality / Experience, and Interesting use of existing elements.

Thank you to everyone that has supported me so far.  I can't believe how well it's been received.  You're all brilliant. 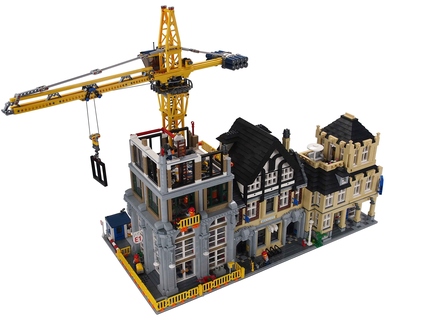