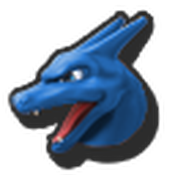 By Blu-izard
11 comments
This build is of part of an eighty nine year old bridge in Cleveland, Ohio. There are two sets of pylons on the real thing, this is only the eastern ones. The gray sidewalk was added about a decade ago, they were originally symmetrical. Some images and information of the real thing can be found Here.
I built a less detailed version of this for the Lego House contest, before realizing I should not use an existing ip. The decals, 'steel' frame, and base were added later. The decals were alot harder to do than I expected. This would be a great architecture set: it's a bridge, it's a statue, it's like a building.
2990 pieces, 22" x 8" (31cm x 20cm) and 14" (36cm) tall