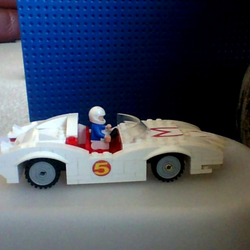 Build,create,customize and cruise will the Lego sports cars pack

This pack consists of multiple models based off real life cars.

Each car comes complete with a detailed interior, realistic designs based off their real life counterparts.

The cars in the series include:

The set will include 5 cars. I will upload other packs of cars that are different as seperate projects. If this set makes it and sells well I would hope to see the Police Car desgin (which will be uploaded as a update to this project) used in the City theme for its police cars and possibly other cars used aswell.Now if you want a realistic minifigure car set then hit the blue support button. I will upload more images later on as updates to show more details of the cars.