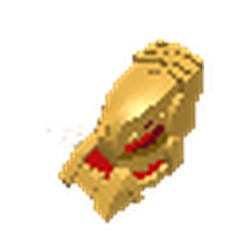 I think this could be a nice lego set, because it is unique (as far as I know) and you can present it very well, so for example it could be a cool decoration in your room.

I have built this set because I think it'd be cool to build a series of diffrently themed islands, that look similar in some kind, so they are consistent, but still are diffrent.